The quote, “Art is not what you see but what you make others see,” by French artist Edgar Degas, can also be said for art exhibitions. The curator selects a theme, a concept and specific art pieces to convey a message and ignite a conversation. Three such exhibits by members of the College of Arts and Sciences are now on view at the Syracuse University Art Galleries (SUArt).

The exhibitions are examples of how members of Arts and Sciences are taking the research and work they do in the classroom and sharing it with the greater community.

“As home of the liberal arts, the College of Arts and Sciences is centered on the principals of dialogue and inquiry,” says Dean Karin Ruhlandt. “I am proud of the work Arts and Sciences faculty and students have done in curating three unique installations that raise important questions about identity, history and culture. I encourage students, faculty, staff and our neighbors in the community to visit the SUArt Galleries and take time to reflect on what they see.”

The gallery will span a variety of themes, sources and media, says Emily K. Dittman, associate director of SUArt Galleries. “The fact that we have such wonderful examples of Dutch painting, illustration art and photojournalism in the galleries at one time is quite a special opportunity for visitors,” she says. 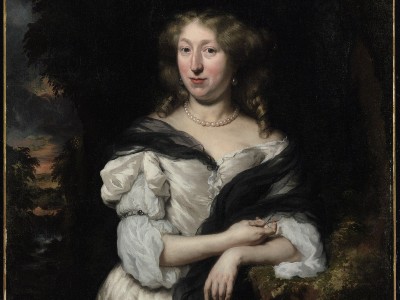 Portrait of a Woman by Nicolaes Maes, 1686. Private Collection. From the exhibition, “Masterpieces of Seventeenth-Century Dutch Painting from Regional Collections.”

Painting flourished during the 17th century in The Netherlands, a time of independence and great economic prosperity. Franits’ exhibition of masterpieces offers visitors a unique view of a wide-ranging subject matter and a glimpse into life during the Golden Age of Dutch art.

Franits spent two summers visiting regional museums and private collections in upstate New York and western Massachusetts to select 25 paintings for this exhibition, which  provides visitors with a fascinating and unusual opportunity to look at 17th-century Dutch art firsthand. From the very beginning, Franits involved his students in the curating process.

“Five of our graduate students studied the paintings that are included in the exhibition and wrote wall texts for most of them,” says Franits. “While the exhibition is on view during the spring term, I plan to use it as a teaching tool for both my undergraduate and graduate courses.”

Professor Joan Bryant explores how media photographers represented black life in the Jim Crow era in her exhibition, “Black Subjects in Modern Media Photography: Works from the George R. Rinhart Collection.” Visitors will consider how people and places were presented as black subjects to mass audiences in newspapers, magazines, documentary projects, libraries an 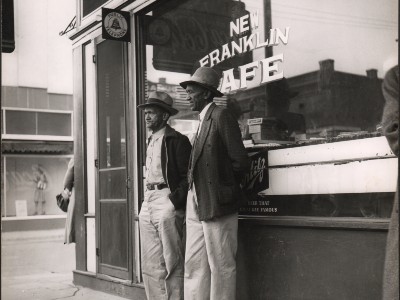 d advertising. Examining photographs in widely circulated newspapers and magazines, Bryant says, offers the opportunity to explore how titles and captions inform people what they are supposed to see, sometimes limiting and altering the focus and content of an image.

“I hope the exhibition is an occasion to consider what counts as a modern black image in the first half of the 20th century– a period marked by state-sponsored white supremacy and a growing push for black self-determination and equality,” Bryant says.

Bryant will further explore her art exhibition when she presents “When I has my likeness took: Black subjects and the modernization of photography,” as part of the Syracuse Symposium organized by the Humanities Center. The series explores the humanities through lectures, workshops, performances, exhibits, films and readings. Her talk will take place on Thursday, Jan. 30, from 5 to 6 p.m. in Slocum Auditorium. 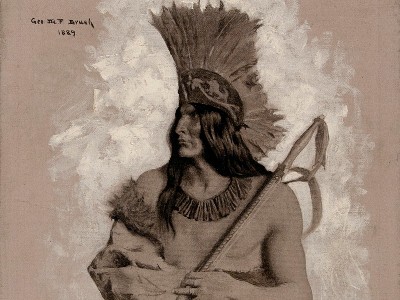 “My art historical research focuses on Native art and depictions of Native Americans by Western artists,” says Jessen. “I hoped to delve further into these topics while expanding my curatorial skills.”

Her exhibition examines how textbooks by the American Book Company in the late 19th and early 20th centuries depicted white heroism and Native so-called savagery, creating a narrative of Euro-American superiority that justified the colonization of Native lands and the conquest of Indigenous peoples.

“I hope the exhibition encourages viewers to think about how art is used to construct and reinforce histories that support a dominant narrative of colonialism while marginalizing Indigenous peoples,” Jessen says. “I hope visitors look more closely and think more critically about images that have become conventional.”

While all three exhibits are unique in that they feature vastly different subject matter, they all share one common theme: representing different epochs in history. “These shows have the ability to encourage visitors to think about ways they can help make America a more just and equitable place by providing historical context for honest discussions about race and social justice,” Dittman says.