Finding Stories in the Numbers 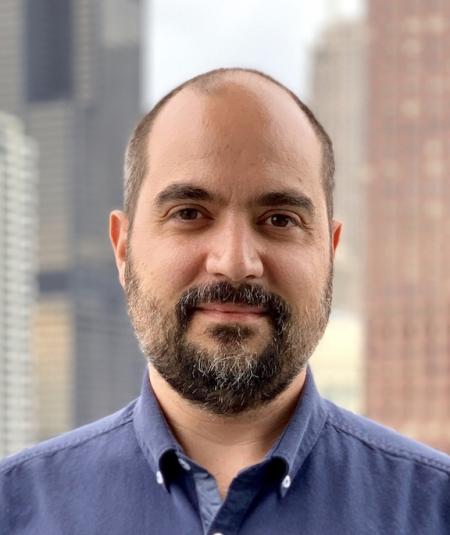 When magazine, news and digital journalism (MND) Assistant Professor Alex Richards first studied journalism at the University of Missouri, he wanted to be a science journalist. After taking a computer-assisted journalism course, however, he realized that there is power in numbers.

“Journalism isn’t just [that] you talk to some people and they say whatever they want and you sort out where the truth falls,” he says. “You can use data to see if people are full of [it] or not.”

Richards started out as a data reporter at the Las Vegas Sun, where his work with fellow reporter Marshall Allen covering underreported preventable injuries in Nevada hospitals received a 2011 Pulitzer Prize nomination in local reporting. From there, he brought his investigative skills to The Chronicle of Higher Education, the Chicago Tribune and NerdWallet, a financial advice site that features editorial content.

Now, he’s sharing what he’s learned with the next generation of investigative reporters at Newhouse.

“I think every journalist should understand the fundamentals [of data journalism],” Richards says. “[They should know] how to do basic accountability work… how to dig, how to get public records and analyze them [and how to] turn that into [a narrative] that the public will want to read.”

While the spotlight on data journalism since the 2016 election can make it seem like data is a new player on the horizon of investigative reporting, Richards says it’s actually been around for a while, going back to the New York Tribune in the 19th century.

“They looked at mileage reimbursement,” Richards says. “Different senators and representatives would all have to go to the capitol for the congressional session. A reporter did a basic analysis to show… who was claiming too much mileage.”

Mileage grift among 19th century politicians was just the beginning. Data-based stories have had tremendous social impact through the years, says Richards, noting the work investigative journalist Philip Meyer did after the Detroit riot of 1967. Meyer incorporated social science into surveys, the answers to which he then crunched in a mainframe to show that the accepted narrative that educated people hadn’t participated in the riot was wrong.

“The conventional wisdom was that it was it was primarily the lower classes, the uneducated who had participated,” Richards says. “[Meyer] basically did a field questionnaire like some researcher here at the university would do, and he found that that was not the case at all.”

MND professor and Knight Chair in Data and Explanatory Journalism Jodi Upton says that while using numbers in a story or including an infographic can be considered data journalism, the role of data in journalism is much more complex.

“To me, the highest and best purpose of data journalism is when it’s used in conjunction with investigative reporting,” says Upton. “It allows us to tell stories and answer questions that we could not get through traditional journalism methods.”

The transparency involved in providing numbers that anyone can review is another big advantage to incorporating data into stories, Upton says.

“In a culture where we don’t necessarily have a lot of trust in our media, in any of our publications, in our social media… here’s an opportunity to look at the data, go through it yourself, look it up,” she says. “That’s a huge advantage.”

When asked what he sees in the future for data journalism, Richards expects that computers scraping data from various public sources may eventually function almost like a research assistant, bringing data back to a reporter who can then figure out what it means and how to report it.

“I don’t think you’re ever going to have some sort of script that’s going to pick up the phone and call a source and have that conversation with them,” Richards says, “but you could have things that are constantly in the background retrieving information, bringing things to your attention, flagging things for you. I think that’s something that could be powerful and transformative, especially in something like local news.”

The best part of the process for Richards is when the data finally comes through and it’s time to sort through the numbers and find the story.

“[Writers] enjoy having a blank sheet of paper in front of them with the promise of what it could hold,” he says. “My favorite part is, what’s in there? That I’ll be the person to find it and share it with others.”

“I’d say data in a lot of cases is just like any other source,” Richards says. “It’s not a human, but it’s a source for your story.”