From ‘Justice for Jenny’ to Justice for All: Burton Blatt Institute Redefines ‘Supported Decision Making’

Think about all the decisions you make in your life. From where you work, to what you eat, to whom you associate with, to where you live, to politicians you vote for—human lives are ruled by myriad decisions that people, for the most part, make for themselves. Now, imagine someone else making those important life decisions for you. How would it feel to not be in the driver’s seat of your own life? Would it make you feel out of control, anxious or even helpless?

Fortunately, most people do not have to experience those feelings in their everyday lives; however, individuals with disabilities are not as lucky. Guardianship, in which the individual with a disability loses his or her decision making rights to another person, has been written in law for hundreds of years, dating back to Ancient Rome. Sadly, this practice has become the norm for people with disabilities as society assumes that they cannot make their own choices. Now, a Syracuse University disability rights research organization is actively working to remediate this issue.

Headquartered at the Syracuse University College of Law, the mission of the Burton Blatt Institute (BBI) is to better the civic, economic and social participation of people with disabilities. Named for the former dean of the University’s School of Education and a pioneering disability rights scholar, BBI also has offices in New York City, Washington, D.C., Lexington, Kentucky and Atlanta, Georgia. 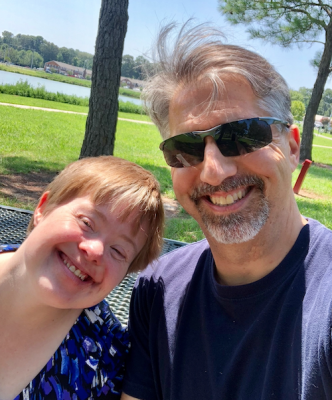 During the case, Martinis represented Jenny Hatch, helping her secure her decision making rights. The case was the first trial to declare that a person with disabilities has the right to engage in supported decision making, rather than face unnecessary guardianship. This celebrated decision helped solidify that “an individual’s right to choose how to live and the government’s progress in providing the help needed to integrate even those with the most profound needs into the community” is a right guaranteed by law.

Since representing Jenny Hatch, Martinis has presented to and trained thousands of individuals on supported decision making, emphasizing how important awareness and action is for the issue. “When people with disabilities are making their own decisions, they’re more likely to be employed, healthier and independent,” Martinis says. “When we take away those choices, research shows that their lives get worse.” After all, Martinis continues, decision making rights in the United States go back to the Declaration of Independence and the Constitution, which exhort that everyone deserves an equal chance.

Looking toward the future, Martinis says he and the BBI will continue advocating for people with disabilities to create a better tomorrow for this population. “People with disabilities are people and rights are rights,” he says. Part of that advocacy involves decreasing the stigma surrounding supported decision making, and Martinis does just that in his new book, written in collaboration with BBI Chairman and University Professor Peter Blanck. Supported Decision Making: From Justice for Jenny to Justice for All (2019) aims to raise awareness among individuals without disabilities and educate those with disabilities about getting support, education and employment and earning a living.

Between the new book and his work at the Institute, Martinis knows that the BBI will continue to make a positive impact on the disabled community and create change around the world. “The phrase ‘supported decision making’ shouldn’t exist,” Martinis says. “Instead, it should just be ‘people making decisions.’” With the path that the BBI is on now, that hope is likely to be realized.