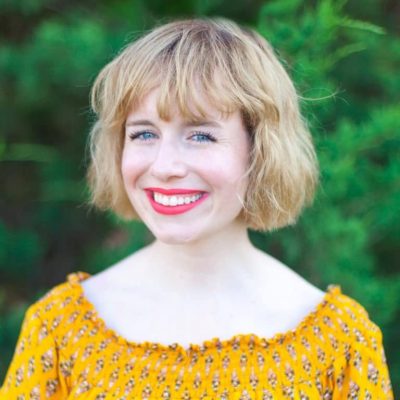 Light Work’s Urban Video Project is hosting a screening of “Marlin said to me: ‘Maria, don’t worry, it’s just a movie,’” a feature-length episode of the TV show “The Eyeslicer,” and a post-screening conversation on Thursday, Nov. 21, from 5:30 to 8 p.m. in the Everson Museum of Art’s Hosmer Auditorium.

Curated by feminist filmmakers Jennifer Reeder, Kelly Sears and Lauren Wolkstein, “Marlin said to me” is a mashup of short films created in the aftermath of 2017’s revelations about Harvey Weinstein and the subsequent #MeToo movement.

Urban Video Project Director Anneka Herre will moderate the post-screening Q&A with experimental animator and filmmaker Kelly Gallagher, assistant professor of film in the College of Visual and Performing Arts’ Department of Transmedia.

The founder of Purple Riot Studios, Gallagher has been producing for the past decade original and colorful handcrafted films and animations that explore overlooked histories and movements of resistance and perseverance. Her award-winning films and commissioned animations have screened at the Ann Arbor Film Festival, the Black Maria Film Festival, the Cuban Institute of Cinematographic Art and Industry, The National Gallery of Art, the Museum of Modern Art, the Sheffield Doc/Fest, the Smithsonian Institution and the Sundance Film Festival.

Thursday’s event is free and open to the public. The auditorium is wheelchair accessible. Light refreshments will be provided before and after the program.

The screening is held in conjunction with the exhibition “Hold/Release,” featuring short experimental works by Reeder, Sears and Wolkstein that investigate the female body through tropes and traps of cinematic production. The exhibition is on view at UVP’s architectural projection site on the Everson Museum of Art Plaza through Dec. 21, every Thursday through Saturday, from dusk to 11 p.m.

The New York State Council on the Arts has provided funding for the exhibition with the support of Gov. Andrew M. Cuomo and the New York State Legislature. The artist’s talk is co-sponsored by the Department of Transmedia.