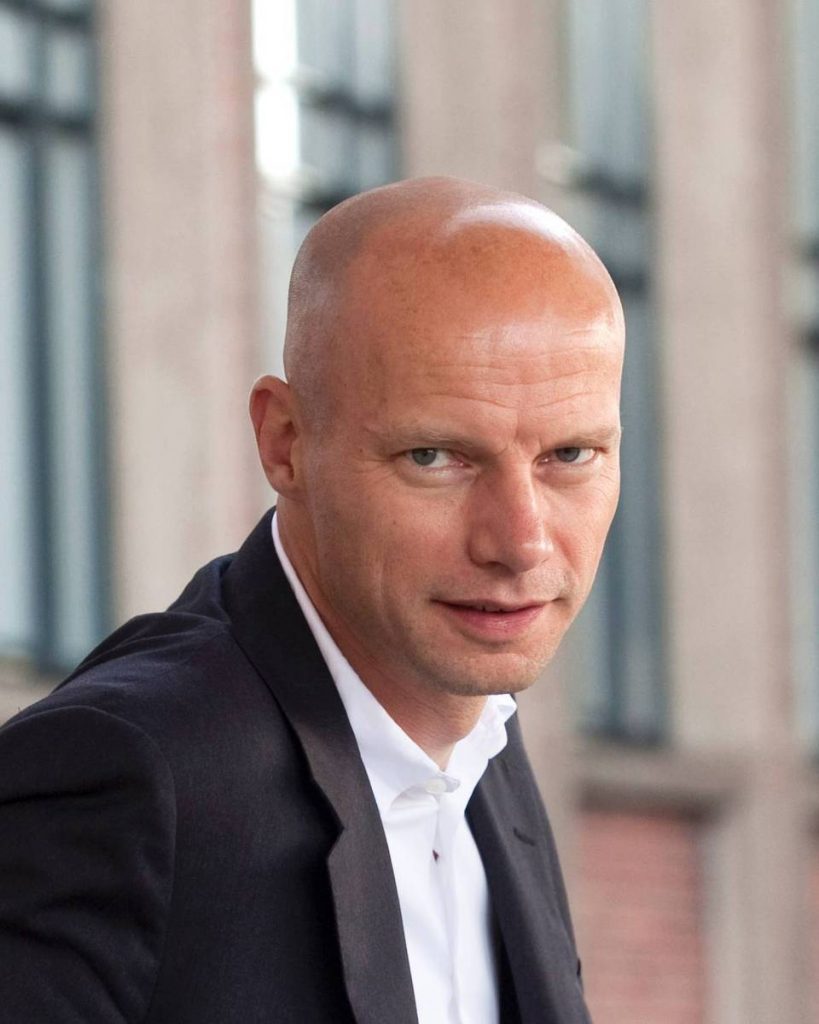 Special Envoy for International Water Affairs for the Kingdom of the Netherlands, Henk Ovink

The School of Architecture will host Henk Ovink, the world’s only water ambassador, on Wednesday, November 20, at 6:30 p.m. at the Fisher Center, for a lecture titled “Climate Action by Design.”

A Netherlands native, Ovink has lived his life in areas surrounded by water, in a country that has collaboratively created water infrastructure suited for weathering natural disasters. In 2015, Ovink was appointed by the Dutch government as the first special envoy for international water affairs for the Kingdom of the Netherlands. As one of the foremost international thinkers on sustainable, resilient coastal infrastructure and communities, he has advised and supported governments, policymakers and scientists worldwide in adapting coastal areas to climate change. “My task as an envoy is to create alliances all over the world, in the developing world as much as in the developed world, to strengthen a collaboration that is dedicated to increasing water resiliency,” says Ovink.

Ovink is also sherpa to the High Level Panel on Water, installed by the UN secretary general and the president of the World Bank to catalyze change in water awareness and implementation, and chair of Deltares’ International Advisory Board.

As the ambassador for water, Ovink is responsible for advocating for water awareness around the world and building institutional capacity and coalitions among governments, multilateral organizations, private sector and NGOs to address the world’s needs for and stresses on water. He also helps initiate transformative interventions. Ovink travels the globe reinforcing the Dutch expertise in water management.“Worldwide, water is the connecting issue, the number-one global risk and the opportunity for comprehensive cultural change,” says Ovink.

In an era of climate change, the Dutch aren’t outliers anymore—they’re pioneers. With about one-third of the country at or below sea level, the low-lying Netherlands has been fighting back water for more than 1,000 years. Despite being one of the most flood prone places in the world, it almost never floods. “All over the world, I see opportunities for the Dutch to make a difference. The Netherlands is a ‘living lab’; everything distinctive we do here improves our position in the world. And I keep telling the story about the value and importance of good water management wherever I go,” says Ovink.

Ovink’s holistic approach to dealing with the global issue of rising water levels has been widely published and sought after by institutions worldwide. He has worked on many high-profile projects, including serving as a senior advisor to the U.S. government and the Hurricane Sandy Rebuilding Task Force instituted by former President Obama. In conjunction with his work around Hurricane Sandy, Ovink leveraged U.S. Department of Housing and Urban Development money to develop and lead a design competition, Rebuild by Design, which has become a model to help governments create more resilient cities and communities through collaborative research and design.

Before joining the task force, Ovink was deputy director general of spatial planning and water affairs and director of national spatial development at the Ministry of Infrastructure and the Environment for the Netherlands. Ovink has a long record of service in the fields of spatial planning, water management and culture within the business community, education and the government. He teaches at the University of Groningen, London School of Economics and Harvard Graduate School of Design and frequently lectures and publishes on  change of government, governance and planning as well as on the specific relationship between design and politics.

“Henk Ovink is a great friend of our school and has lectured in our formal lecture series in Syracuse and in New York City. Ovink also serves on the academic advisory board for both our Master of Science in Architecture programs—the Design Energy Futures program, here in Slocum Hall, and the new, Sustainable Real Estate Development program that will launch in fall 2020 at the Fisher Center in New York City,” says Syracuse Architecture Dean Michael Speaks.

His latest book, “Too Big. Rebuild by Design: A Transformative Approach to Climate Change,” explores the recovery work post-Hurricane Sandy and presents governments and communities with an approach to become more responsive, more effective and more prepared in the face of climate change.

In January 2018, Ovink was awarded with an honorary membership of the Royal Institute of Engineers of the Netherlands for his “global water work.”

Seating is limited; individuals interested in attending the event are asked to RSVP online. For more information, contact archnyc@syr.edu.