Two photographers trained at the Newhouse School have received top honors in the College Photographer of the Year (CPOY) competition, the most prestigious and longest-standing visual journalism competition for college students in the world.

Dickie won for his portfolio of images comprising work he produced at Newhouse and for his Alexia Grant project. Alexia Grants are administered by the Newhouse School’s Alexia Tsairis Chair in Documentary Photography, Mike Davis. 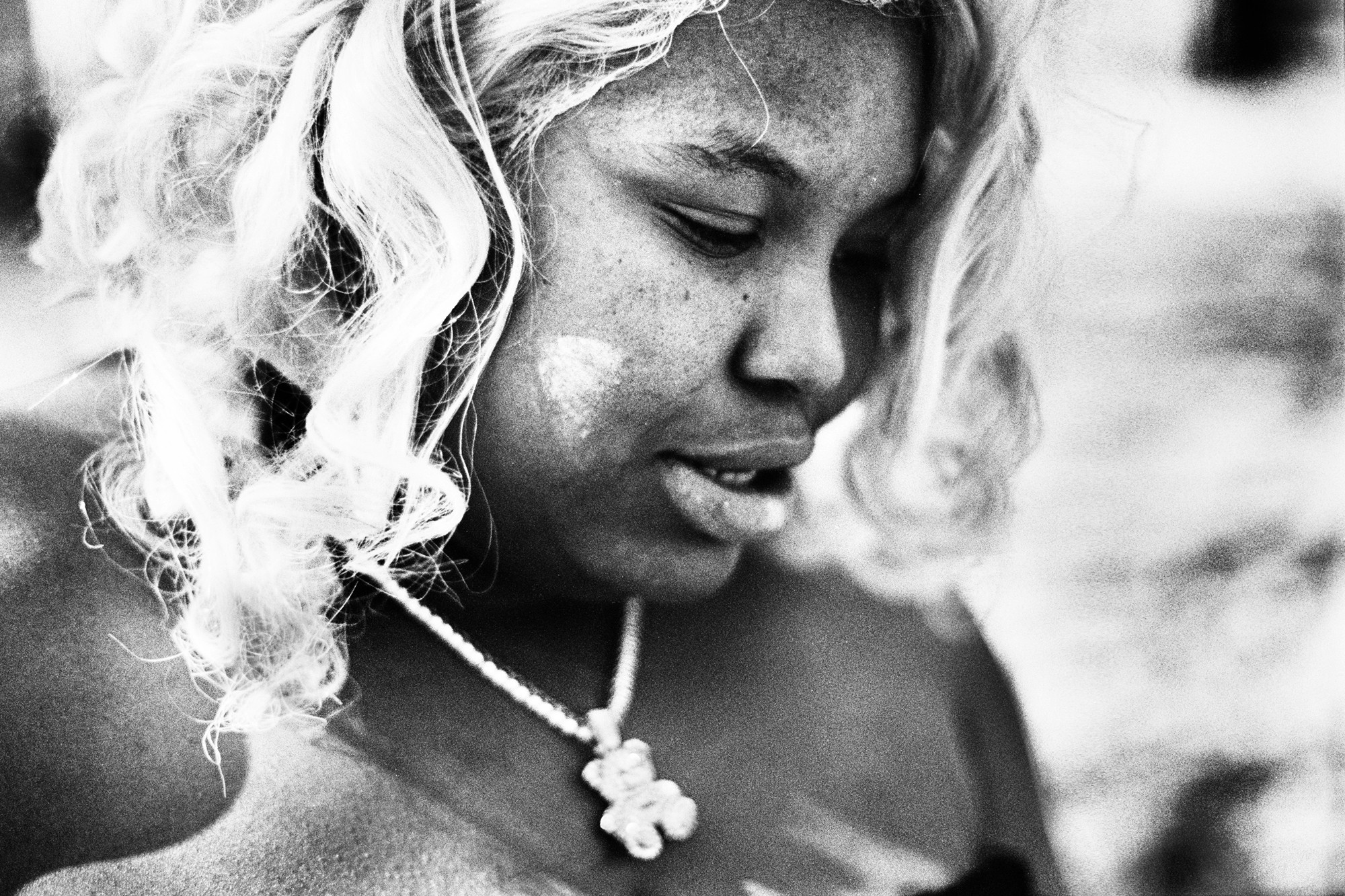 Staab’s winning portfolio included images documenting the female refugee experience in Central New York and the life of a local girl diagnosed with a Wilm’s Tumor, a rare form of childhood kidney cancer.

“To have one student win the top award in CPOY is a big deal. For students from one school to take both top spots has only happened one other time in the last 16 years. It’s a really big deal,” Davis says.

Dickie is a photographer and filmmaker from Austin and an alumnus of the University of Texas. He also has professional experience as a writer and audio storyteller.

“Photography to me represents a search for authenticity and closeness. Instead of seeing a camera as something that creates distance or injects performance into life, I like to think of it as a means for creating intimacy with the world and people I feel connected to,” Dickie says. “Photography has been a balm in my life and a way of finding an existence that means something to me.”

Dickie credits Davis and Professor Greg Heisler with having pushed him to “dig deeper into what all this is about.”

Staab, a native of the Pittsburgh area, left a corporate job in 2015 to pursue photography full time. Her work focuses on human rights and social justice issues. 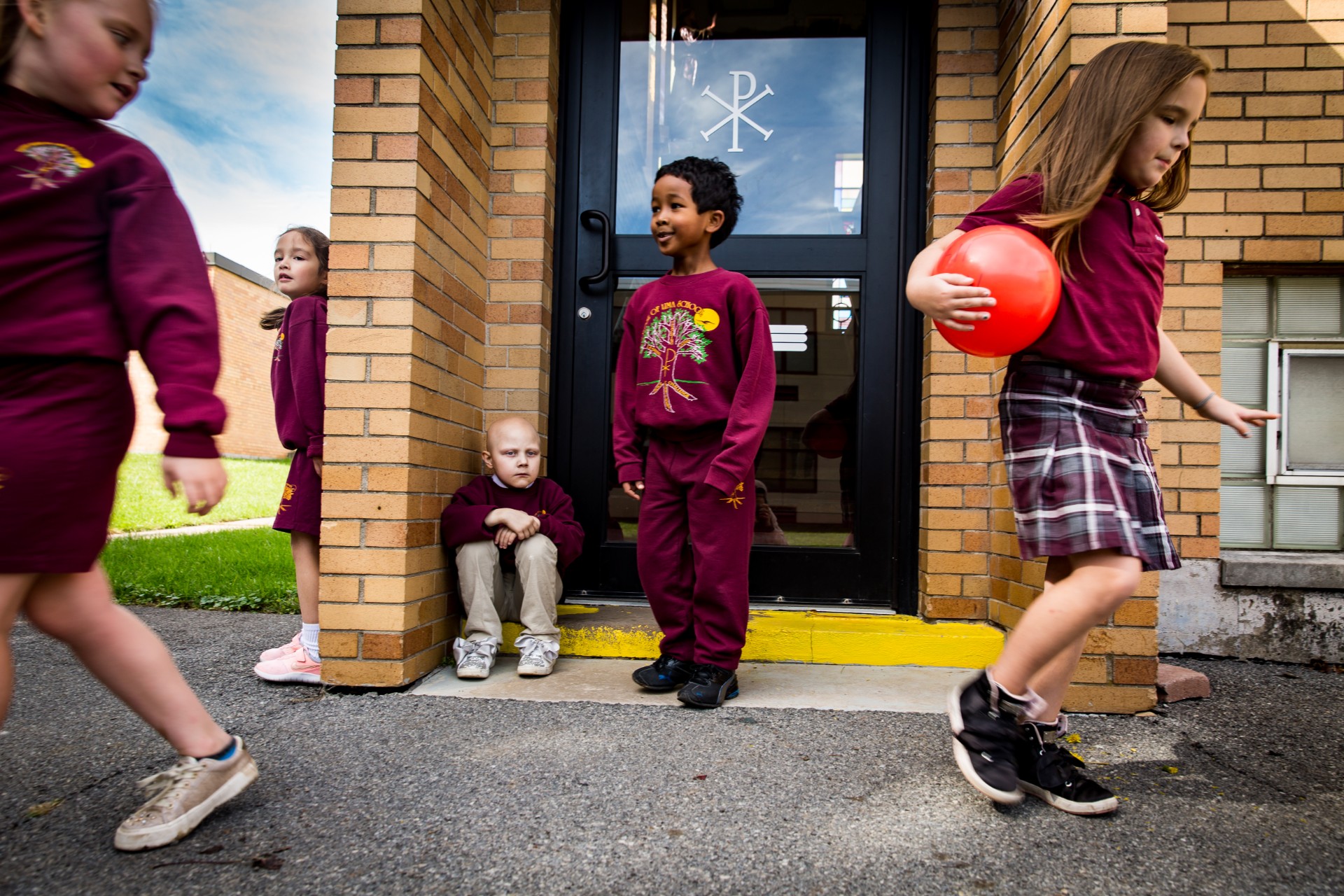 As much of the first grade class at St. Rose of Lima Elementary School enjoys a carefree recess Kaylee Marshfield sits alone amidst her peers. In addition to having to navigate the physical ramifications of cancer and chemotherapy Kaylee also suffers from the social and emotional effects. When asked how she felt following the day at school Kaylee responded simply, “I feel alone.” (Maranie Staab)

“Photography, for me, is a way to connect to people, and to tell stories I feel are important or under discussed,” Staab says. “I am driven by curiosity about the world—about people and places. Photography is a way for me to better understand them, to capture those moments, and to communicate with the world those things I have seen and experienced.”

About being a photographer, Staab says, “I don’t want to do anything else with my life. It is a privilege to be let into people’s lives, and I hope to do their stories justice.”

Additional Syracuse University students honored in this year’s competition were Hieu Nguyen, a senior in the College of Visual and Performing Arts, and Gabrielle Cavallaro, a graduate MPD student, who won Gold and Bronze awards, respectively, in the Illustration category; and Laura Oliverio, a sophomore photography major, and Jordan Larson, a graduate MPD student, who both won Awards of Excellence in the Interpretive Eye category.

Newhouse students won more awards in this year’s CPOY competition than students from any other school in the world, according to Davis.