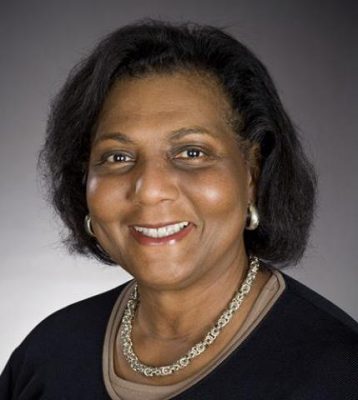 Wilhelmina Reuben-Cooke, Syracuse University professor emerita of law and an influential leader at Duke University, died Oct. 22. She was 72.

A native of South Carolina, Reuben-Cooke was one of the first five African American undergraduate students at Duke University and was active in the civil rights movement.

She graduated from Duke in 1967 and the University of Michigan Law School in 1973. After graduation from law school, she worked in communications, antitrust, tax, securities, criminal and general corporate law. She served as associate director of the Institute for Public Representation (IPR) at the Georgetown University Law Center and was responsible for litigation before the Federal Communications Commission and the federal courts, including the U.S. Supreme Court, at IPR and the Citizens Communication Center.

Reuben-Cooke began her teaching career at Syracuse University’s College of Law in 1986. While at the college, she drew on her experience to develop a summer externship program in Washington, D.C., building the program to include studies in communications law, federal legislature advocacy, disability law, labor law and civil rights. She also served as associate dean for academic affairs and directed the college’s academic programs. Reuben-Cooke left the College of Law in 2003 to become provost and vice president for academic affairs at the University of the District of Columbia, a position she held until 2007.

“Wilhelmina was a pioneering woman—here on the faculty at the College of Law and earlier as one of the first five black students to enroll at Duke University in 1963,” says Paula Johnson, professor in the College of Law. “We first met at Georgetown University Law Center when she was associate director of the Institute for Public Representation and I was an LL.M. student with the Center for Applied Legal Studies. She was here when I first came to the College of Law and supported so many of us across the SU campus and throughout the Syracuse community. She will be greatly missed. May she rest in peace and power.”

“When I think of her, I think of her ability to maintain grace and warmth in spite of adversity and under pressure,” says Sarah Ramsey, professor of law emerita. “She was a splendid presence at the College of Law and a wonderful friend and colleague.”

Christian Day, professor of law, says Reuben-Cooke was a warm, bright and infectious colleague. “Her smile lit up the room,” he says. “She was principled and fair, and her expertise in communications law established links with Newhouse. She was an exceptional mentor for many of our students.”

“Wilhelmina was a remarkable woman and role model in every way. She enriched the College of Law environment by her enormous contributions to our ways of interacting with one another and by living her commitments and values,” says Professor of Law Emerita Leslie Bender. “She enriched my life by the warmth, grace, intelligence and friendship she offered. Those of us who were privileged to have been her colleagues and friends know how lucky we are.”

Reuben-Cooke served as a trustee of Duke University for two terms, and she held numerous honors, including the Duke University Distinguished Alumni Award and the Sojourner Truth Award from the Syracuse University chapter of the National Association of Negro Business and Professional Women’s Clubs.