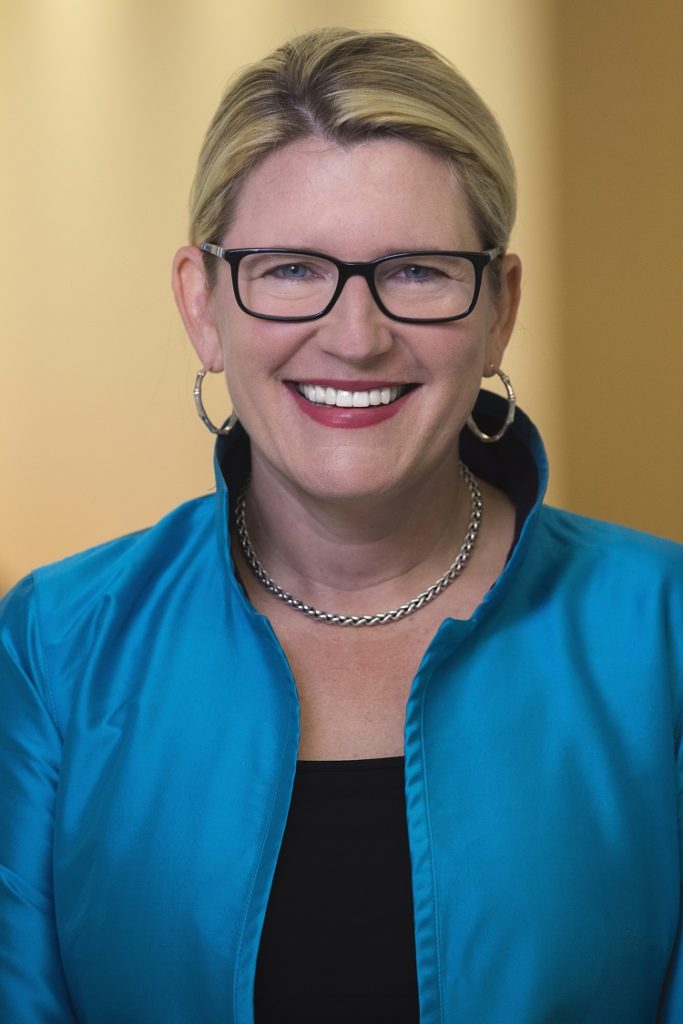 The College of Law’s 2020 Commencement is ready to take to the skies on May 8 when the college welcomes Joanna Geraghty G’97, L’97 as Commencement speaker. The ceremony will take place at 11 a.m. in the Goldstein Auditorium, Schine Student Center on the Syracuse University campus.

Geraghty is president and COO of JetBlue Airways, the sixth largest airline in the U.S. and a Fortune 500 company, with a fleet of more than 250 planes, a workforce of more than 20,000 employees and service to more than 100 destinations across the U.S. and internationally.

As president and COO, Geraghty oversees the airline’s day-to-day operations, including customer experience, flight operations, technical operations and commercial functions. A trailblazer in a traditionally male-dominated industry, Geraghty is the first female president at a large U.S. airline since the early 2000s. Her job has been described as one of the most challenging in the airline industry.

A joint degree student at Syracuse, Geraghty earned a master’s in international relations from the Maxwell School of Citizenship and Public Affairs and a juris doctor degree. She joined JetBlue in 2005 as a litigation attorney, working her way up through the airline’s legal department to associate general counsel and then leading the company’s human resources team—what JetBlue calls the “Chief People Officer”—before becoming executive vice president of customer experience in 2014.

“Through her rise in a competitive industry, Joanna has never forgotten the value of a Syracuse law degree, citing it as important training for the problem-solving and leadership required in her high-profile career,” says Dean Craig M. Boise. “I know Joanna is thrilled to return to her alma mater to join us on May 8, and I look forward to welcoming her back to Syracuse and to hearing—alongside members of the Class of 2020 and their parents and friends—a memorable and inspiring Commencement address.”