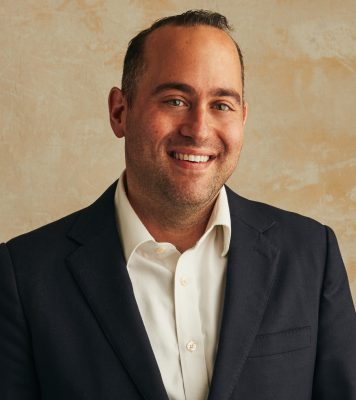 Last year, publisher Condé Nast announced the restructuring of its sales side, reorganizing all its titles under three divisions: Lifestyle, Style and Culture.

Gillin wasn’t new to Condé Nast; he first joined the company in 2012 as director of product for Epicurious, and had been running the brands’ digital businesses for 18 months. In 2015, he had overseen the relaunch of Epicurious, increasing the site’s digital audience by over 40 percent and doubling mobile growth. Gillin served as digital general manager, managing the launch of Clever, Architectural Digest’s Millennial-focused subdomain, and the digital relaunch of Bon Appétit. He was also instrumental in the creation of the Kitchen Studio, Condé Nast’s 7,000-square-foot video studio in Brooklyn.

In his new role as CBO, Gillin was put in charge of all revenue and brand development, as well as category sales in food, travel, home, golf and health for the company. In his first two quarters, he surpassed revenue goals for the division.

“You have to go where your customers are and respond to the things they’re telling you,” says Gillin. “That’s why we take a data-driven approach; data is really informed by people. I think Condé Nast is not a magazine company anymore. We’re not transitioning from print; we’re a global media company.”

Gillin’s work has not gone unnoticed; he was recently named to the Folio: 100 list, which recognizes “the top innovators, entrepreneurial thinkers and up-and-comers” in publishing.

One of the more notable things about Gillin’s career is his unusual transition from editorial to advertising. He began as a staff writer for The Street and, in 2003, launched digital magazine The Black Table with several friends. He served as entertainment editor at Maxim before joining Hearst Digital Media, where he was Esquire’s first full-time digital employee. There, he also redesigned Cosmopolitan.com and overhauled its editorial operations, relaunched GoodHousekeeping.com on HTML5, and launched the first iPhone and iPad apps for Hearst. He was eventually promoted to the newly-created position of director of digital men’s network, and oversaw Popular Mechanics, Road & Track and Car & Driver.

He underscored that sentiment in a presentation to a group of students who visited the Condé Nast offices in New York City during the annual Glavin Benchmark trip last January. “The lucky thing about being born in the internet era is that you make your own breaks.”

Hosting students on benchmark trips is just one way Gillin has stayed connected with his alma mater since graduating 20 years ago. He has also come back to Syracuse to speak with students on campus, and has served as a judge and mentor for the school’s annual Mobile Magazine Competition. “I always come away impressed with the students,” he says.

His advice for today’s students? “The job that you’re going to have doesn’t exist yet,” he says. “Careers happen as a result of being in the right place at the right time. Sometimes, graduating students are so focused on this notion of a career. Start learning real skills and doing real things, and your career will come to you.”