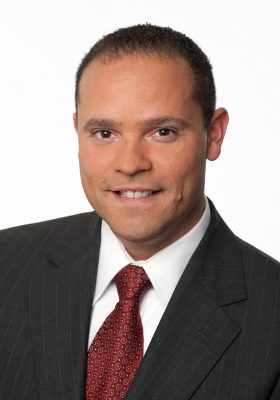 Noted New York City broadcast journalist Marcus Solis ’91 will engage in an on-stage conversation with Simon Perez, associate professor of broadcast and digital journalism, on Tuesday, Oct. 22, at 7:30 p.m. in Hendricks Chapel as a guest of the University Lectures, the Newhouse School and the Office of Multicultural Affairs.

Solis joined WABC-TV/New York (Eyewitness News 7) in 1997 as a general assignment reporter. He was part of the station’s Peabody Award-winning coverage of the events of 9/11. He led the station’s coverage of the December 2012 mass-casualty shooting at Sandy Hook Elementary School in Newtown, Connecticut, and was also on the scene to report on the Boston Marathon bombing in April 2013.

Solis, who is fluent in Spanish, was among the first New York journalists to report from Haiti following the 2010 earthquake, and he has covered papal visits in Mexico City, hurricanes in Puerto Rico and the dissident movement in Cuba.

After beginning his career at WFAS AM-FM in White Plains, New York, he moved to WDTV in Clarksburg, West Virginia, and then spent four years as an anchor/reporter at New York 1 News before joining WABC-TV.

Solis was one of 50 distinguished Newhouse alumni feted at the Newhouse School’s 50th anniversary gala event in October 2015 in New York City. In 2012, he was inducted into the Newhouse School Professional Gallery, honoring some of the school’s most successful graduates.

As a student at the Newhouse School (graduating with a B.S. in broadcast journalism), Solis was a recipient of the Bob Costas Scholarship. 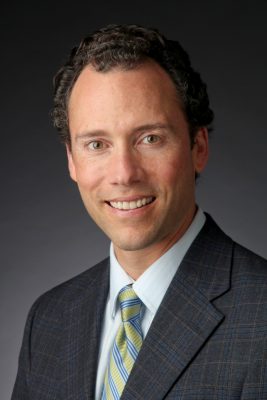 He is a recipient of 2007 and 2008 Northern California Emmy Awards for best evening and daytime newscasts.

Now in its 19th season, the University Lectures was created through, and is supported by, the generosity of alumnus Robert B. Menschel ’51. The cross-disciplinary series brings to Syracuse University notable guest speakers of exceptional accomplishment who share their diverse global experiences and perspectives.