Tackling IT: An Interview with Orange Defensive Lineman Kingsley Jonathan ’21 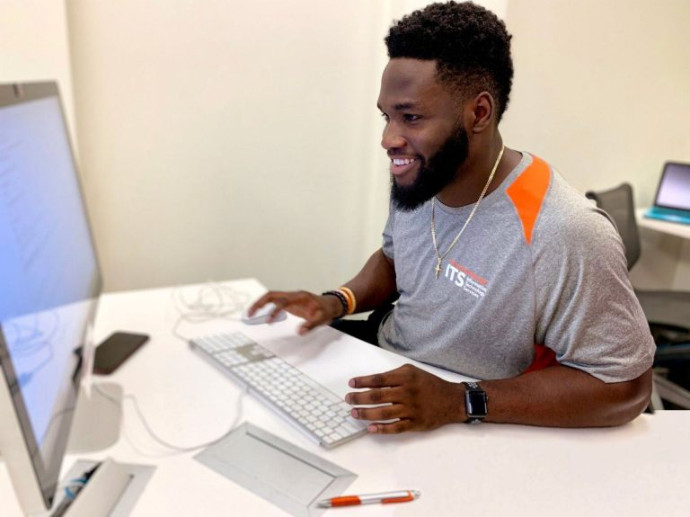 When he’s not on the football field as part of the Syracuse Orange defensive line, Kingsley Jonathan is driven by his passion for technology.

“I’ve always had a thing for IT,” Jonathan says.

A junior information management and technology major, Jonathan spent his summer as an intern in the Information Technology Services Service Center, where he worked alongside other interns to help students, faculty and staff resolve issues with their electronic devices.

Throughout the summer, Jonathan dealt with a wide range of technology-related problems. When a woman brought in a computer that inexplicably would not turn on, he teamed up with the other Service Center employees to compare the computer’s hardware components to a similar computer in the center to determine the cause of the issue. Some issues that Jonathan encountered were simpler. 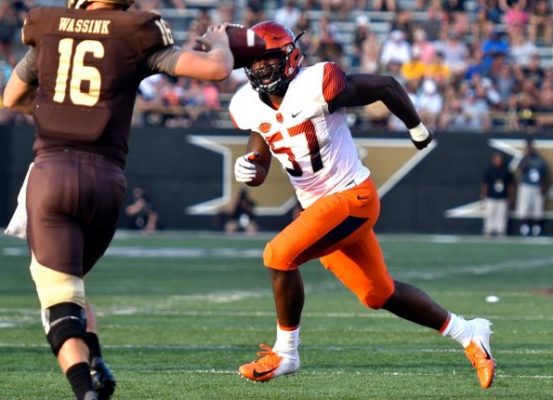 “Somebody tried to update their phone, and they switched it up and something happened,” Jonathan says. “We just turned the phone off and turned it back on, and it was like, ‘There it is.’”

“We spent a lot of time together, and we got to know each other pretty well,” Jonathan says. “I think that was my favorite part.”

No matter the difficulty of the issue he was tasked with resolving, Jonathan relished the opportunity to take a hands-on approach toward technological problems. His time at the ITS Service Center allowed him to gain a deeper understanding of the process of diagnosing and solving IT issues and immerse himself in his love of technology in a way he never had before.

“I just wanted to be able to diagnose problems and help people fix their problems, especially relating to computers and stuff,” Jonathan says. “That’s basically what ITS does.”