Approximately one-third of millennials and post-millennials—young adults born 1981 and later—profess to have no connection to religion, according to the Pew Research Center. Yet evidence points to their strengthened humanitarian values and prominent spirituality. 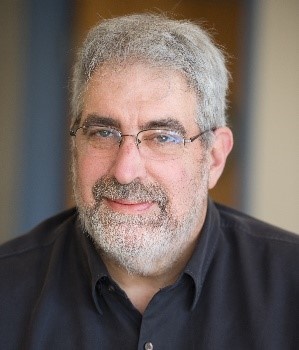 The degree to which religion is decoupled from prosocial goals and spirituality in contemporary young adults is one of many research questions to be addressed in the project “Spirituality and Prosocial Values in the Absence of Religion Among Millennials and Their Families.”

This study, led by Merril Silverstein, the Marjorie Cantor Endowed Professor of Aging Studies in the Falk College and the Maxwell School, is made possible by a $2,898,748 award from the John Templeton Foundation and could very well reframe the debate on generational change as it addresses aspects of religious devolution about which relatively little is known.

According to Silverstein, “values traditionally associated with religion may have remained constant or strengthened in the contemporary cohort of millennials even as the religious basis for those values has weakened.” By studying the religious orientations of the millennial generation within the larger context of spirituality and prosocial values compared to previous generations, the researchers will have a deeper understanding about prosocial values and spirituality and their decoupling from religion.

In the classroom, Silverstein’s course Aging in the Context of Family Life explores trends and changes in families with an emphasis on intergenerational differences, similarities and influences. “Millennials have often been portrayed in the media as part of an egocentric, narcissistic and amoral generation. Often ignored, however, is the reality that millennials are linked to earlier generations through their family lineages. Our focus on intergenerational family influence is what makes our investigation unique,” notes Silverstein.

Three Syracuse University doctoral students, one enrolled in the Maxwell School’s Sociology Department and two enrolled in Maxwell’s Social Science program, and a post-doctoral scholar who was formerly a graduate student in Falk College’s Department of Human Development and Family Science, will be involved in analyzing data and writing journal articles.

The Longitudinal Study of Generations (LSOG)—a multi-panel, multi-generational study that has collected data on three-generation families from 1971 to 2016—will be used to address research questions advanced in this project. Building on the almost 50-year LSOG study, this research team will collect survey and interview data from millennials who are members of the fifth generation in families who have participated in the study since its inception in 1971, as well as from their parents and grandparents who participated in earlier surveys that were supported by the National Institute on Aging and the John Templeton Foundation.

The outputs and outcomes of the project will broaden the body of knowledge around the millennial generation in relation to their parents and grandparents.

Silverstein recently received a $393,372 award from the National Institute on Aging of the National Institutes of Health to investigate the care adult children provide to their older parents under various conditions of vulnerability, especially those related to Alzheimer’s disease and other dementias. The researchers believe there may be links between early parental investments of time, money and emotion and how parents’ later-life needs are met by their adult children. Data for this project are derived from the LSOG.

In light of changing family structures and growing uncertainty about reliable sources of care in later life, this project, Intergenerational Antecedents of Care to Older Adults Approaching the End of Life With and Without Dementia, will inform researchers and public policy professionals about the family as a reliable source of extended care in later life.

Jointly appointed in the Falk College, Department of Human Development and Family Science, and the Maxwell School, Department of Sociology, Silverstein is a faculty associate in Syracuse University Aging Studies Institute. Earlier this year at the American Sociological Association’s Annual Meeting, Silverstein was honored with the Matilda White Riley Distinguished Scholar Award by the organization’s Section on Aging and the Life Course. This annual award honors a scholar in aging and the life course who has shown exceptional achievement in research, theory or policy analysis, or who has otherwise advanced knowledge of this field.