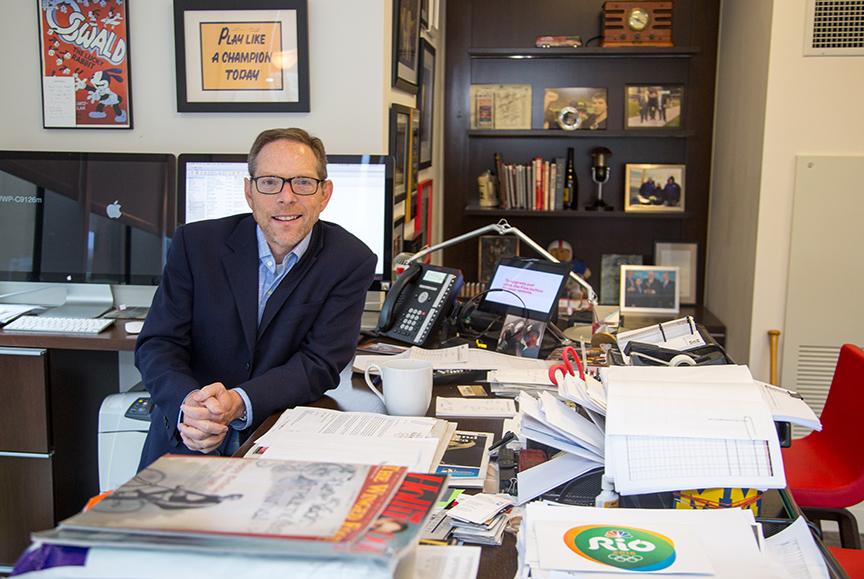 Sandy Montag ’85, chief executive officer of The Montag Group, will receive the seventh annual Marty Glickman Award for Leadership in Sports Media at an on-campus ceremony on Wednesday, Nov. 6. The award is given by the Newhouse School.

The event, hosted by the Newhouse Sports Media Center, is open to the campus community. A reception will begin at 4 p.m., followed by the program at 4:45 p.m. in the Joyce Hergenhan Auditorium, Newhouse 3. Follow on Twitter at #TheMartyAward.

Montag spent 30 years at IMG, joining the company in 1985 as an assistant to John Madden. He went on to run IMG’s client operations for 10 years. Montag also developed and launched Ari Fleischer Communications with Ari Fleischer, former press secretary to president George W. Bush, after Fleischer left the White House in 2003.

Montag has been an executive producer on three documentaries: Amazon Prime’s “All or Nothing: The Michigan Wolverines,” Showtime’s “Perfect in ’76” and ESPN’s “The Class That Saved Coach K,” which aired in August with the launch of the ACC Network.

The Glickman Award is named for sportscasting pioneer Marty Glickman, a 1939 alumnus of Syracuse University.

Communication Access Real-time Translation (CART) will be available at the event. For more information, or if you require additional accommodations, contact Mylinda Smith at 315.443.9252 or msmith@syr.edu.