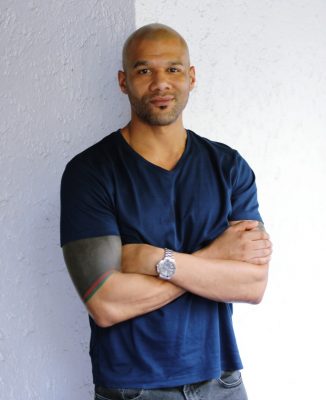 Dwaine Farria is the winner of the 2019 Veterans Writing Award for his book “Revolutions of All Colors,” to be published by Syracuse University Press in fall 2020.

The award contest is open to U.S. veterans and active duty personnel in any branch of the U.S. military and their immediate family members. Although work submitted need not be about direct military experience, the contest encourages original voices and fresh perspectives that will expand and challenge readers’ understanding of the lives of veterans and their families.

A former sergeant in the U.S. Marine Corps, Farria served in Jordan and Ukraine. In addition to his time in the military, Farria has spent a good portion of his professional life working for the United Nations, with security assignments in the Russian North Caucasus, Kenya, Somalia and Occupied Palestine. He is currently a senior security and emergency services specialist for the Asian Development Bank. He lives in the Philippines with his wife, daughter, two sons, two cats and a dog.

Farria’s writing has appeared in The New York Times, CRAFT, Drunken Boat and Outpost Magazin, and on the Afropunk website. He is a frequent contributor to The Mantle.

He received a B.S. in sociology and criminal justice from Excelsior College, an M.A. in international and area studies from the University of Oklahoma and an M.F.A. in creative writing from the Vermont College of Fine Arts. 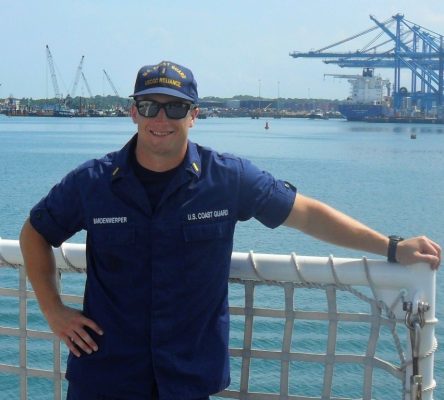 The Veterans Writing Award Honorable Mention goes to Thomas Bardenwerper for his novel “Mona Passage.” Bardenwerper served five years as a U.S. Coast Guard officer aboard cutters homeported in Maine and Puerto Rico. He participated in law enforcement and humanitarian missions from Canada to Colombia. His career came to an unexpected end when he was medically retired in 2018 for Type 1 diabetes. Thanks to the G.I. Bill and Yellow Ribbon Program, Bardenwerper is now a law student at Harvard University.

“’Revolutions of All Colors’ is a vivid, original novel of young men struggling with questions of race, injustice, personal and political violence; of responsibility to family, friends, lovers, sexual identity—of what it means to be a man,” says award judge and acclaimed author Tobias Wolff, a Vietnam veteran and former Syracuse University English professor. “With great assurance, the narrative ranges from New Orleans to Ukraine, Somalia, Brooklyn, Oklahoma and from the military world to the worlds of prison, dance, mixed martial arts, even municipal government. It is a remarkable achievement.”

“’Mona Passage’ is moving in its portrait of families divided by the hostilities of their governments, in this case Cuba and the United States,” Wolff says. “The narrative is persuasive in its characterization of both Cubans and Americans, its evocation of San Juan, Havana and life aboard a Coast Guard cutter responsible for intercepting Cuban refugees and sending them back to the country they had good reasons to flee. Certainly a suspenseful, humane, eminently publishable novel.”

For more information about the Veterans Writing Award, contact Lisa Kuerbis at lkuerbis@syr.edu.