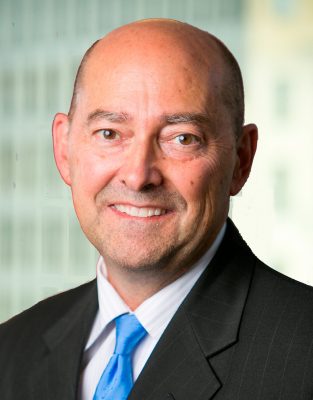 James Stavridis—U.S. Navy retired four-star admiral, former dean of the Fletcher School of Law and Diplomacy at Tufts University, and author of the forthcoming book “Sailing True North: Ten Admirals and the Voyage of Character”—will speak on “The Secret to Being an Effective Leader” on Thursday, Oct. 10, from 1 to 2 p.m. in the Melanie Gray Ceremonial Courtroom in Dineen Hall.

The event is open to all Syracuse University students, faculty and staff. Seating is limited, and a valid SU I.D. is required for admission. American Sign Language (ASL) interpretation and Communication Access Realtime Translation (CART) will be provided. A reception will follow the presentation.

Stavridis is an operating executive of The Carlyle Group—advising the global investment firm’s executive team and investment professionals on geopolitical and national security issues—as well as chair of the Board of Counselors of McLarty Associates, an international consulting firm; chair of the board of the U.S. Naval Institute, the professional association of the nation’s sea services; a monthly columnist for TIME Magazine; and chief international security analyst for NBC News.

After retiring from the navy in 2013, Stavridis served as dean of the Fletcher School for five years.

In 2016, he was vetted as a potential vice president running mate by then-Democratic presidential hopeful, and later Democratic candidate, Hillary Clinton. After the election, he was invited by President-elect Donald J. Trump to Trump Tower to discuss a possible cabinet position in the Trump Administration.

During his distinguished 37-year military career, Stavridis was awarded more than 50 medals, including 28 from foreign nations. From 2009-13, he was commander of U.S. European Command and NATO supreme allied commander Europe, where he oversaw operations in Afghanistan, Libya, Syria, the Balkans and counter-piracy off the coast of Africa. From 2006-09, he commanded U.S. Southern Command in Miami, charged with military operations throughout Latin America.

From 2002-04, Stavridis commanded the Enterprise Carrier Strike Group, conducting combat operations in the Persian Gulf in support of both Operation Iraqi Freedom and Operation Enduring Freedom. 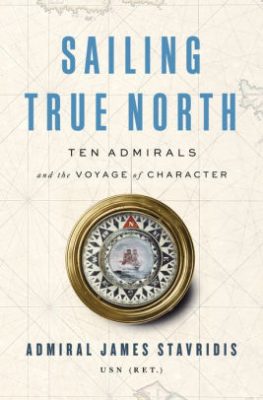 Stavridis commanded the destroyer U.S.S. Barry from 1993-95, completing deployments to Haiti, Bosnia and the Persian Gulf; under his command, the Barry won the Battenberg Cup as the top ship in the Atlantic Fleet. Beginning in 1998, he commanded Destroyer Squadron 21 and deployed to the Persian Gulf, during which time Stavridis received the Navy League’s John Paul Jones Award for Inspirational Leadership.

Stavridis has served as a strategic and long-range planner on the staffs of the chief of naval operations and the chairman of the Joint Chiefs of Staff. At the start of the “Global War on Terror,” he was selected as director of the Navy Operations Group, Deep Blue, USA. He has also served as executive assistant to the secretary of the navy and senior military assistant to the secretary of defense.

A distinguished graduate of the U.S. Naval Academy, Stavridis also received an M.A. in law and diplomacy and a Ph.D. in international relations from the Fletcher School at Tufts University.

In addition to “Sailing True North” (available Oct. 15 from Penguin Publishing Group), Stavridis is author or co-author of eight other books:

About the D’Aniello Speaker Series

The D’Aniello Speaker Series is a Universitywide lecture series promoting dialogue on subjects with national impact. Some of the nation’s most prominent leaders and thinkers speak on topics including entrepreneurship, free enterprise, patriotism, veterans issues and leadership.

Now in its 19th season, the University Lectures was created through, and is supported by, the generosity of alumnus Robert B. Menschel ’51. The cross-disciplinary series brings to Syracuse University notable guest speakers of exceptional accomplishment who share their diverse global experiences and perspectives.