‘A Chorus Line’ Opens the 2019/20 Department of Drama Season 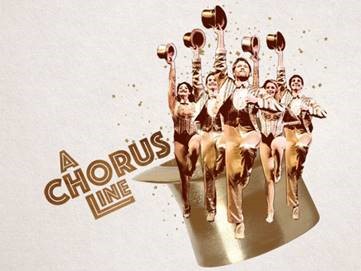 The Syracuse University Department of Drama kicks off the 2019-20 season with Michael Bennet’s landmark musical “A Chorus Line.” This production is directed and choreographed by faculty member Brian J. Marcum, who directed the department’s highly successful production of “Crazy For You.” “A Chorus Line” previews on Oct. 4, opens Oct. 5 and runs through Oct. 13 in the Storch Theatre at the Syracuse Stage/SU Drama Complex, 820 E. Genesee St.

“A Chorus Line” debuted Off-Broadway in 1975 at New York’s Public Theater and moved to Broadway that same year. The original production won the Pulitzer Prize and nine out of the 12 Tony Awards for which it was nominated, including Best Musical, Best Book of a Musical, Best Score and Best Choreography. The 2006 revival received a nomination for Best Revival of a Musical.

Set in an empty theater during auditions for a Broadway musical, “A Chorus Line” takes a look at the lives of chorus dancers in varying stages of their careers. Overseen by the director, Zach, the auditioning dancers learn that only four men and four women will be cast in the show. In the course of the audition process, Zach asks the dancers to tell him about themselves. In turn, the dancers reveal how they got into show business, why they became dancers and share their dreams for the future. These stories weave together to give audiences an honest glimpse into the lives of Broadway dancers and the passion they all share for theater.

“A Chorus Line” unfolds in close to real time, capturing the intensity, competitiveness and judgments faced by performers regularly. Marcum worked as a dancer on Broadway before teaching at the Department of Drama, and his experience infuses the production with authenticity. Marcum believes this is a story for “anyone who has struggled and worked and has a passion for anything,” while also allowing people to see the reality of what it is like to be a dancer and the sacrifices necessary for a successful career.

“‘A Chorus Line’ challenges the assumptions we make about people in the theater industry,” says Department Chair Ralph Zito. “It fundamentally changed our understanding of what a musical might be and it continues to surprise, delight and entertain us.”