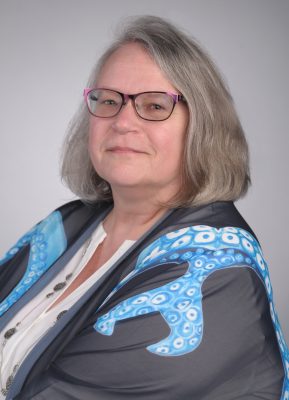 Rachael Zubal-Ruggieri describes herself as a quiet, timid person. More of an observer and supporter than a do-er. Yet, her favorite superhero is Batman. And she’s passionate about the X-Men. This seeming dichotomy is the driving force behind her extraordinary work spanning more than three decades at Syracuse University, to support its academic reputation in the field of disability studies and advocate for her own child and for those with disabilities.

In May 2019, Zubal-Ruggieri became an administrative assistant in the Office of Interdisciplinary Programs and Outreach in the Burton Blatt Institute after working as information coordinator at the Center on Human Policy in the School of Education for 33 years. This new post gives her an opportunity to broaden the impact of her work in inclusion and advocacy, and raise awareness globally of best practices to advance the lives and livelihoods of people with disabilities.

It’s difficult to pinpoint the beginnings of her passion. She lost hearing in one ear when she was a child and grew up without adaptive technology. She remembers having a form of social anxiety: “I was terrified to talk on the phone,” she says. “Even ordering pizza filled me with terror. It still does!”

Zubal-Ruggieri’s mother encouraged her after high school to acquire skills that would keep her employed, and with an associate degree from SUNY Alfred, she “drifted into” word processing, which appealed to her inquisitive mind.  She became an expert at research, at digging, at sifting through mounds of material looking for answers. “I’m a finder, a keeper and never a loser,” says Zubal-Ruggieri. “I’m always searching for something someone needs.”

She has perfected that support role at Syracuse University. Zubal-Ruggieri was responsible for coordinating all informational materials for the Center on Human Policy and funded projects, including websites, email accounts and internet listservs, along with the design of promotional materials. All the information had to be relevant and kept current in the field of disability studies—for both faculty and students. She has compiled archives and bibliographies useful to scholar researchers. And along the way, she has learned that oftentimes the way disabilities are represented in popular culture (and hence, popular perception) is far different from scholarly works.

Zubal-Ruggieri’s deep understanding of the challenges facing people with disabilities became critical in her personal life when she gave birth to her son, now 16 years old. At two years old, he was not talking much, and he was subsequently diagnosed as having a speech delay. But with guidance, as well as her own inquiry and advocacy, he was discovered to be autistic.

“My professional life and personal life have forever merged,” writes Zubal-Ruggieri in a blog she launched to help other families navigate the world of labels and advocacy, to share information, express emotion and, as always, be supportive. “I remember the other parts of my professional life—the support of self-advocacy, the support of people with developmental disabilities to live full and complete lives in the community, that while I push to get this diagnosis and the assistance my son needs, I realize that I am pre-loaded with knowledge to guide me forward.” 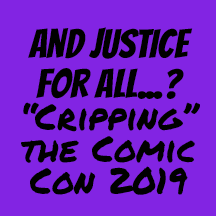 And as she gathered every piece of information she could to help her parent an autistic son, she became more distressed at the misinformation, mythologies and outright pressure on families. “The more popular narratives of parents who ‘fight’ for recoveries and cures are indeed quite contrary to the fewer, lesser known stories of parents who focus instead on acceptance, accommodation and positive autistic life,” Zubal-Ruggieri says. “As I strongly identify with these acceptance-oriented parent narratives, and as a parent who supports and works for autism acceptance, I have found that there are not enough representations of these relevant parent narratives portrayed in the media or published in general.”

Shaping public perception was what drove Zubal-Ruggieri to propose a symposium, hosted by the Disability Cultural Center at Syracuse University, that would focus on comics, graphic novels and other forms of popular media in a disability-themed comic con called CripCon for short. The first “Cripping” the Comic Con—the theme of which was “Fantastic! Heroic! Disabled?” —was held in 2013, and it became an annual event. With the support of multiple University partners and student leaders, the public event became a bi-annual symposium in 2017 attracting students, scholars, advocates and those interested in engaging in reflective discussions about the representations of disability that exist “beneath the surface” and explicitly within mainstream popular cultures both nationally and internationally.

Zubal-Ruggieri first proposed the idea for CripCon to Diane Wiener, founding director of the Disability Cultural Center (and now research professor and associate director of the Office of Interdisciplinary Programs and Outreach). Together, the both admitted comic book nerds set out to change perception and the vocabulary used to define and demean others who are simply different—and to give to those often portrayed as powerless the support they need to empower themselves. 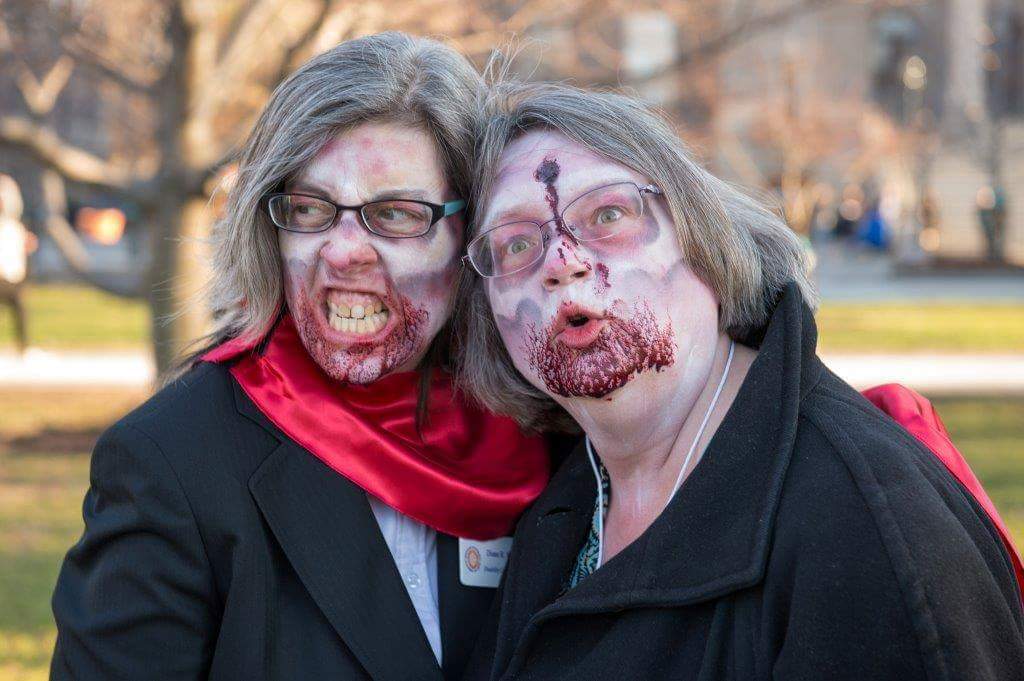 Diane Wiener, left, and Rachael Zubal-Ruggieri, right, both in full zombie makeup, for the ZOMBIE WALK N’ ROLL which took place with an accessible route on the SU Quad for Take Away the Suit, and What are You? “Cripping” the Comic Con 2014.

“I consider myself Robin to her Batman-woman,” says Wiener in describing her relationship with Zubal-Ruggieri. “Because she is one of the most sophisticated, awesome, coolest people I’ve ever met. She’s incredibly intelligent and creative with a unique combination of professionalism, talent, perseverance and a broad range of expertise. I’ve been privileged to be her partner in these important events that have helped to put Syracuse University at the forefront of disability studies.”

Together with illustrator Gilles Stromberg and other collaborators, Zubal-Ruggieri and Wiener created the Access Avengers, a team of superheroes with disabilities who take pride in and draw power from their differences. The Access Avengers are multicultural, multi-gendered and multi-ethnic superheroes who fight for an accessible world and seek justice.

The term Cripping is intended to bring awareness to the use of vocabulary that labels, marginalizes and demeans individuals. Commonly used terms like “crippling” to describe disabilities lead to harmful interpretations, including the idea that people with certain disabilities can be “fixed.” Promoting the terms “crip” and “cripping” instead of “cripple” or “crippling” provides thoughtful launching pads for discussion.

With her sensitivity to the power of words, Zubal-Ruggieri has even created her own “Dangerous Diction[ary]” of autism rhetoric used to describe (and ultimately demean) autistic people. Phrases like “combat autism” or “warrior mom” imply that it is a fight against something terrible and evil versus an acceptance of a difference. “All of these words are not just militaristic but aggressive, belligerent, uncooperative,” Zubal-Ruggieri writes in her blog. “They make me think of always having to have a winner and a loser. They make me think of how they dehumanize people to be objects, not real human beings.”

Zubal-Ruggieri continues to develop her own communication and other professional skills, knowing that she has more to learn, and the more she learns, the more she can help others. That’s why she has also been a part-time student at Syracuse University, taking courses toward a bachelor’s degree. She is obliged to take courses in her major, but also chooses courses “that work for me professionally and personally” like interpersonal communication or design for the business professional or a creative non-fiction intensive Maymester. Just five more courses to go before that degree. And then? She says her next step is likely to be graduate school. Makes sense for a woman who thirsts continuously for new knowledge and the opportunities to share it. Always the gatherer, the finder, the keeper, the supporter.