J. Cole Smith Named Dean of the College of Engineering and Computer Science 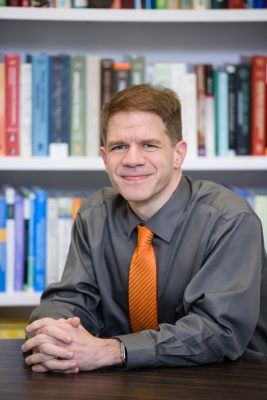 Vice Chancellor for Academic Affairs and Provost Michele G. Wheatly today announced the selection of J. Cole Smith as dean of the College of Engineering and Computer Science (ECS). Smith comes to Syracuse from Clemson University, where he has been associate provost for academic initiatives and previously served as chair of the Department of Industrial Engineering. Smith’s appointment, which was approved by the Executive Committee of the Board of Trustees, is effective Oct. 1.

“We are excited to welcome Cole to Syracuse,” says Wheatly. “We are fortunate to bring to campus a forward-thinking academic leader, an energetic visionary and an accomplished innovator of his stature and experience. ECS is at a pivotal time in its history, and we believe the search committee has found just the right leader to steer the college to the next level of growth and distinction.”

Wheatly formed a search committee in February, following the departure of Dean Teresa Abi-Nader Dahlberg for Texas Christian University. In the months that followed, Professor Can Isik served as interim dean. “I am grateful that Can took on this additional leadership role during a time of transition,” says Wheatly. “Thanks to Can and his colleagues, ECS is poised for even greater accomplishments under the new dean.”

Chairing the search committee was Vice President for Research John Liu, who says the pool of candidates was impressive. “What stood out for us was Cole’s strong track record as a highly accomplished researcher, educator and administrator,” Liu says. “In a short period of time, he significantly increased the student population, enhanced the research portfolio, and elevated the stature of his department at Clemson. His vision and passion, experience and strong communication skills will allow him to lead our College of Engineering and Computer Science to a new level.”

Smith says he was first drawn to the opportunity at Syracuse University by the college’s reputation for creating engineering and computing solutions for pivotal societal needs. “I understood immediately what a privilege it would be to lead the College of Engineering and Computer Science, situated in such a prestigious institution like Syracuse University. But it was not until my visit to the area that I witnessed the culture of collegiality and sincerity that is a hallmark of Syracuse University,” Smith says. “There are unparalleled opportunities for education, research, inclusion and societal impact within this college, and I am truly excited to begin serving the students, staff and faculty in ECS as dean.”

When Smith began his tenure at Clemson in 2014 as chair of the Department of Industrial Engineering, the department was ranked in the mid-30s nationally. He implemented several initiatives to encourage and support innovative and relevant research that would attract undergraduate and graduate students and new funding, and to improve diversity and international distinction. The undergraduate population grew 50 percent over four years, and the department’s ranking is now No. 24 nationally. During his time at Clemson, Smith identified new sources of revenue to support departmental growth and opened a new building that was funded through online program revenue. He demonstrated his personal commitment to graduate education and research by serving as advisor on 22 dissertations and helping to place graduates in tenure-track positions at the University of Michigan, Arizona State University, the University of Cincinnati, the University of Arkansas, the U.S. Naval Academy, Wichita State University and Bogazici University in Turkey.

Smith was inducted as a fellow of the Institute of Industrial and Systems Engineers in 2019 and has been recognized with awards for research publications and presentations. He has served in many leadership roles in his profession, including president of the Association of Chairs of Operations Research Departments (2016), chair of the Council of Industrial Engineering Academic Department Heads (2017), chair of the INFORMS Computing Society (2018-19), member of the board of trustees of the Institute of Industrial and Systems Engineering (2018-20) and member of the board of directors of the Institute for Operations Research and the Management Sciences (first term encompassing 2019-20).