An analysis of why people do or don’t keep using their Internet of Things (IoT) devices and the factors that make the difference in continued device use has earned one of 12 Best Paper awards at an international research conference on human-computer interaction topics.

The award, presented for research done by School of Information Studies Assistant Professor Radhika Garg, was announced last week at INTERACT 2019, the 17th conference of the International Federal for Information Processing Technical Committee on Human-Computer Interaction. It was chosen from among 338 papers submitted to the conference, at an acceptance rate of approximately 29 percent, to be awarded that distinction by peer reviewers. 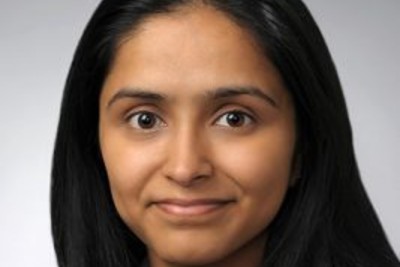 Garg’s paper, “An Analysis of (Non-)Use Practices and Decisions of Internet of Things,” examines why some users adopt and continue using their IoT devices over the long term, and why other users decide to either limit the use of devices or later abandon them.

The research was conducted by surveying 834 people via Amazon Mechanical Turk. It provides new empirical evidence about user preferences and decision-making regarding the use of various IoT devices (such as smart speakers and smart thermostats) as opposed to previous research that only looked at use preferences with regard to wearable technologies or activity trackers.

Garg says survey participants treated their IoT devices “as collaborative actors in achieving human-defined goals.” The analysis shows that users either continued to use their devices due to reasons of social influences, the social interaction enabled by the devices and habit formation, or conversely, selectively used or abandoned them if they didn’t understand a device’s behavior, the device couldn’t understand the user’s intent, or the user felt not in control of the device. Accordingly, Garg explains, use and non-use is a continuum, where people sometimes limit the use of a device or use selected features, instead of abandoning it completely.

“A device’s autonomy can add to its convenience for some users, but for others, it can prove to be a barrier to continued use. For that reason, designs that make a device’s capabilities, functionalities and processes easily observable and understood by users are important aspects of technology design while also catering to individual users,” Garg says. “A hybrid approach would enable users to decide if they want to opt out of ‘intelligent features’ or willingly relinquish some control to avail themselves of a more automated version of a feature or device.”

Garg received her doctorate and master’s degrees in computer science from the University of Zurich in Switzerland, and her bachelor of technology degree in computer science from the Mody Institute of Technology in Rajasthan, India. She worked as a junior researcher for the Communications Systems Group at the University of Zurich before joining the iSchool in 2017. She teaches courses in introduction to cloud technologies and cloud management.