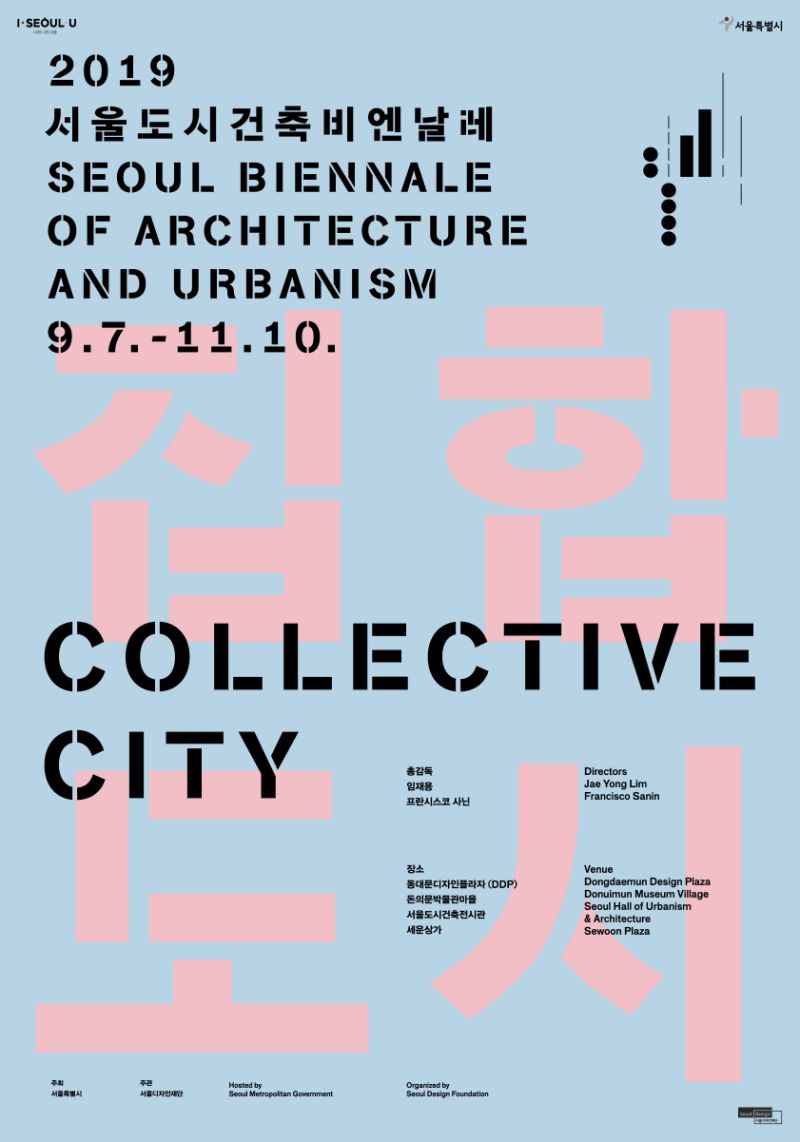 The 2019 Seoul Biennale of Architecture and Urbanism (Seoul Biennale) opens this month in South Korea’s capital city. Sponsored by the Seoul city government, the two-month event, held in various parts of downtown, provides a platform for an international array of participants—politicians, policy makers, experts and citizens at large—to exchange information and hold discussions on the creation and changing of cities.

Conducted under the direction of Syracuse School of Architecture Professor Francisco Sanin and South Korean architect Jaeyong Lim, the Seoul Biennale runs from Sept. 7-Nov. 10. Encompassing 180 institutions and 43 universities from 54 countries, this global event follows the inaugural edition held in 2017, which attracted 460,000 visitors in total.

This year’s theme, “Collective City,” seeks to question how modes of collective practice and action can challenge the current paradigms of development of our cities and offer resistance to the dominant systems of spatial production.

By focusing on issues and proposals instead of authors and works, the objective of the biennale is to reflect on new models of co-existence, social practice, governance, research and speculation; to suggest alternative concepts of architecture, the city and the environment; and to interrogate architecture’s political agency.

“The intention is to collect examples of strategies and projects that aim to reclaim the city as a ‘collective artifact’ and to question the role of architecture in this,” says Sanin. “Seoul should be seen not just as an event but the beginning of an ongoing research project.”

As co-director, Sanin has had an integral role in comprehensive planning, detailed program operation, and domestic and overseas networking for the biennale. Plus, he will present the themed lecture “Why Collective City?” at the Dongdaemun Design Plaza (DDP) on Sunday, Sept. 8.

Along with lectures by directors, curators and designers who have planned and created the Seoul Biennale, cities from around the world will share a wide range of experiences through four exhibitions, “Thematic Exhibition,” “Cities Exhibition,” “Global Studios” and “Live Projects.”

“Global Studios,” in particular, plays a vital role in expanding the boundary of the theme and bringing meaningful discourses, contents and vision to the biennale events by engaging active participation of talented students and scholars from renowned domestic and international institutions around the world.

Matching the overarching theme, works from 48 Syracuse Architecture B.Arch. and M.S. students will be displayed as part of the “Global Studios” session. The exhibit will showcase projects from Syracuse Architecture Assistant Professor Fei Wang’s design studios and thesis topics that researched urban design and post-industrial regeneration proposals for Xiong’an New Area, a new economic zone and the prototype of future cities to come.

Working within the M.S. in Architecture core research agenda—Design | Energy | Futures—Wang’s students produced design proposals ranging across many scales, from urban design to high-performance buildings, from VR and computational simulation to material research and design, and across a range of disciplinary practices, all of which will be displayed in a well-curated exhibition at the Sewoon Plaza during the biennale.

“We are so thrilled to be part of the Seoul Biennale to showcase the past two years of research and design on Xiong’an, a great collective city example for the future,” says Wang.

For more detailed information about the 2019 Seoul Biennale of Architecture and Urbanism, visit seoulbiennale.org.