Ashley Kang ’04, G’11 has spent most of her career telling stories that often go untold. She is director of The Stand—a community newspaper written for and by Syracuse’s South Side residents and a project of the Newhouse School and the Office of Community Engagement. Kang works with a team of student and volunteer journalists, photographers and graphic designers to produce eight print issues each year. A total of 5,000 copies of each issue of The Stand are distributed in the South Side and surrounding neighborhoods, in addition to a website updated with news stories in between print cycles. 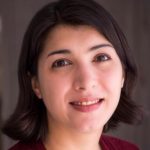 The impetus for The Stand, which dates back to 2006, was a desire to get Newhouse journalism students out of the habit of pursuing interviews and stories from their comfort zones. “Steve Davis, who chaired the journalism department for a long time, was tired of his students interviewing their roommates or other professors,” Kang recounts. “He was of the opinion that if you wanted to be a journalist, you had to talk to everybody. He decided his class was going to cover the closest neighborhood to campus, and one that’s not really covered very well—the South Side.”

The South Side is the neighborhood immediately adjacent to Syracuse University’s campus to the west and south. According to the most recent census data, the neighborhood’s median household income is $22,901 and its residents experience high poverty and unemployment rates. Usually, when the South Side is covered by Syracuse’s mainstream media, the reports are about crime, violence or drug activity.

The Stand sought to change that. And when the 2006 class project resulted in a 36-page publication that was positively received by the community, it became a regular production of the Newhouse School.

Kang, a 2004 graduate of the Newhouse School’s magazine journalism program and 2011 graduate of the School of Education, was hired as The Stand’s director, first on a part-time basis while she finished graduate school and eventually in a full-time capacity. “I wanted to do projects that combined a university and community focus, so The Stand was a good fit,” she says. “I see local journalism as a vital need. It’s important to know what’s going on in your community. It’s no secret that local news is dying off everywhere, so it’s good to see it sustaining through projects like The Stand.” 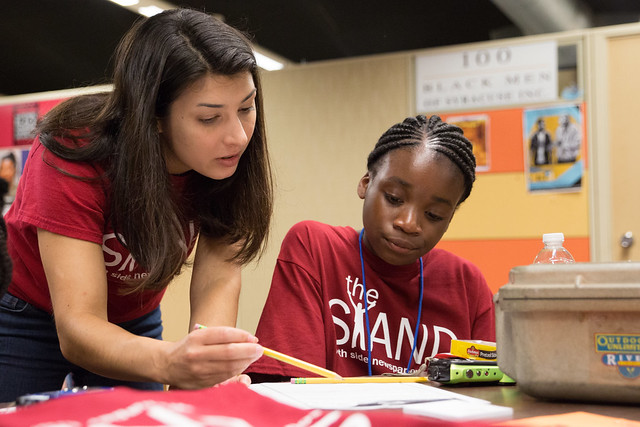 The recipe that keeps The Stand going 10 years later is a combination of community and student engagement and an unrelenting commitment to authenticity. The paper’s stories come from journalism students, community members and Kang herself.

“I write at least one piece for every issue,” she says. “My goal when I write, and what I encourage in the other contributors, is to really have the source’s voice be there, not my own voice.” She recalls a story she wrote about a local woman who came forth to share her story about overcoming a substantial amount of adversity. “This woman had been in an abusive relationship and talked about how she started over and got out of that situation, got on her feet, got a job, an education, raised her kids on her own. When she read the piece, she said ‘yes, that’s what I wanted to say!’ It’s rewarding to hear that the article was in her voice, true to her experience and reflective of her accomplishments.”

A large part of Kang’s job is staying connected to the Newhouse school to find students who want to participate in the project. “I go into the college to find students that want to do this type of reporting and gain experience, and then I help connect them with the community,” she says.

Although there are plenty of opportunities for students to get involved with on-campus publications, she says it takes a unique type of journalism student to become invested in the mission behind The Stand, and those who pursue it are granted an experience that truly helps them evolve and grow as journalists.

“Some students want to participate and then pretty quickly realize that The Stand is not for them,” Kang says. “Others find the work very rewarding and put a lot of effort toward listening and not making assumptions, learning new ways to interview and not being afraid to ask tough questions. Seeing them build up those reporting chops is a good thing.”

Engaging with the South Side community to find contributors is also key to ensuring that The Stand is representative of the community it serves. To recruit, the newspaper has hosted numerous workshops focused on different aspects of the craft of journalism. “We’ve conducted community workshops and trainings to get more people involved,” Kang says. “What started as hour-long classes evolved into half-day workshops that culminated in hitting ‘publish’ on a finished piece.”

Workshop participants would receive a quick lesson, then go out on assignment—like covering a nearby quilting club or interviewing local firefighters at the fire station. “They’d come back with their notes, have lunch, write their stories, edit them, process photos and get it posted online. By the end of the workshop, they’d be published.” 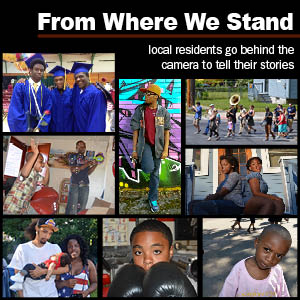 The Stand’s South Side Photo Walk, of which Kang is the primary organizer, celebrated its 10th year this July. The event is an annual opportunity for local photographers—both amateur and professional—to gather on the South Side, explore the neighborhood, take photos and practice their skills. Its origin is in a community workshop like the ones described above.

“One year we did the Photo Walk as a photojournalism workshop, and it was really popular; it’s been growing ever since,” Kang says.

This year’s walk welcomed more than 55 photographers covering four different “routes” through the South Side neighborhood. “Now that we’ve been doing this for a number of years, we have families who look forward to us coming through the neighborhood with our cameras each July,” Kang says. “If you look at our online photo albums, you can see families whose progression has been captured by our volunteer photographers throughout the years. It’s been a meaningful way to connect with the residents we serve with The Stand.”

Finding her home and building a life in Syracuse 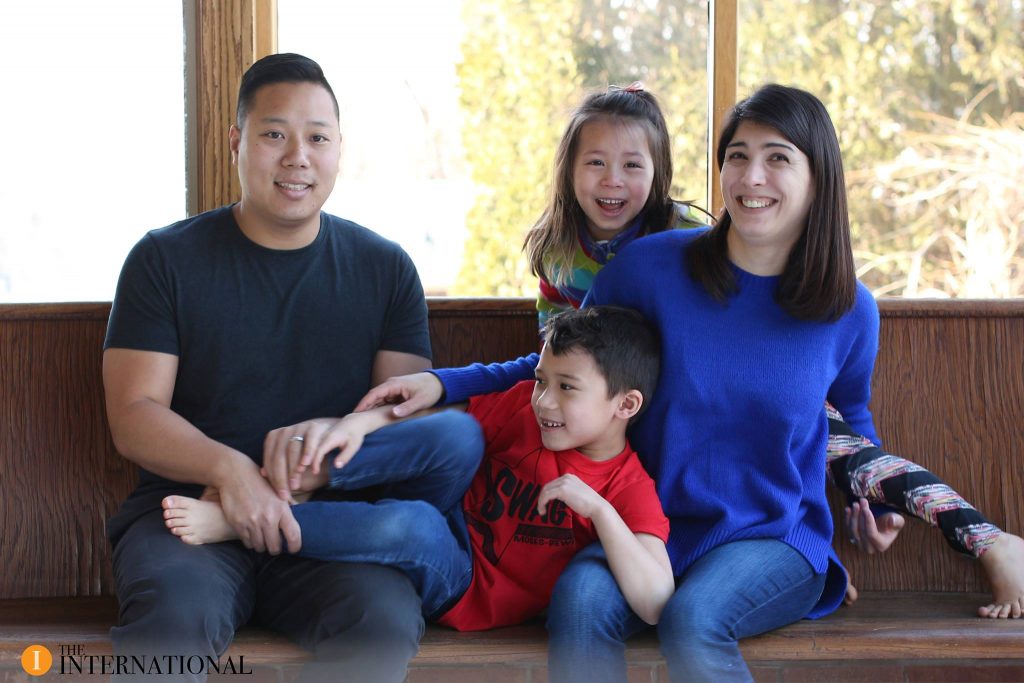 Ashley Kang with her family. (Photo by Hanz Valbuena for The International)

Once accepted, Kang’s decision to attend Syracuse ended up shaping her life in more ways than one. She met her husband (HeeRak, who is currently a third-year resident at Upstate Medical University in physical medicine and rehabilitation) before her freshman year was underway.

“I came for Summer Start to get familiar with the area, learn the campus and get some classes under my belt,” she recalls. “That’s where I met my husband, who came from Korea to also get an early start.” Kang and her husband now have two kids, a 5-year-old daughter and 7-year-old son, who dominate most of her time when she’s not working on The Stand. “That’s pretty much it,” she says with a laugh. “Work and kids.”

Earlier in her career, Kang worked for The Auburn Citizen, a newspaper covering Cayuga County, for four years. There, she served as night copy editor, ran the weekly entertainment guide for a year, and eventually took over as features editor, before ultimately returning to Syracuse University and The Stand.

When it comes to The Stand’s legacy and impact, Kang says that running the publication has, to some extent, simply been “the job she got.” But it’s one that she has come to love. “It’s a great project and an opportunity for students to gain reporting experience, which is really needed. We prepare them to do good reporting—not just opinion pieces or talking to the same people over and over again, but meeting interesting people who have amazing stories to share.”