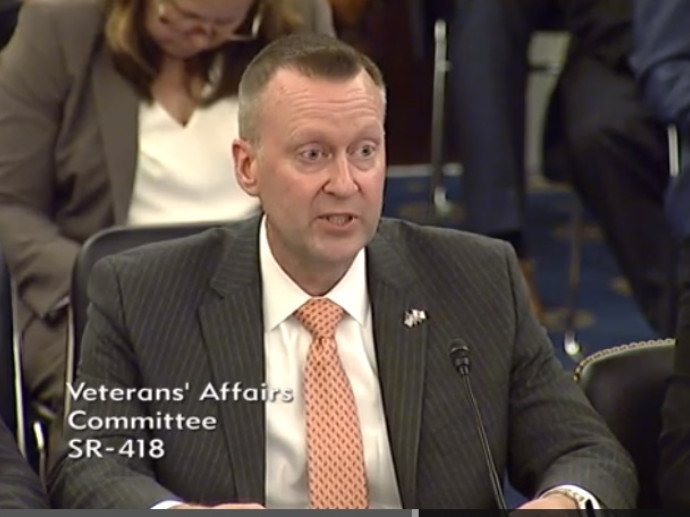 On Wednesday, June 19, Vice Chancellor and Executive Director of the Institute for Veterans and Military Families (IVMF) Mike Haynie testified before the United States Senate Committee on Veterans Affairs in Washington, D.C.

During a hearing on “Harnessing the Power of Community: Leveraging Veteran Networks to Tackle Suicide,” Haynie testified on the significant role communities can play in the successful reintegration of veterans to include health and well-being for veterans and their families.

Haynie explained, based on IVMF’s research, that the most common challenge facing the veterans’ community is the effective and efficient navigation of available services, resources and benefits. He emphasized that such access to basic and positive connections are key determinants to social and economic well-being and while many communities have the infrastructure to support veterans, the providers are often unknown or inaccessible. IVMF’s AmericaServes program seeks to address such issues.

“We recognized that creating an accessible and accountable means to navigate the help and support veterans need, when they need it, within their own community, could serve to blunt those social and economic factors linked to compromised mental health,” Haynie testified. “This single insight was the seminal motivation for the IVMF team to launch an innovative community care coordination program called AmericaServes. The AmericaServes initiative is based on the simple idea that if existing community-connected social service providers were organized into an inter-connected system of social service provision, a veteran accessing any individual resource would instead access a comprehensive continuum of resources and care.”

Today, AmericaServes is active in 16 communities across the U.S.—including, among others, New York City, Pittsburgh, San Antonio, Dallas and across the entire state of North Carolina. The AmericaServes provider network aligns almost 900 individual providers and has addressed more than 52,000 requests for support from veterans across the program.

A copy of Haynie’s complete testimony is available to review.