In the last Faculty & Staff News newsletter (in late April), we asked people what they were looking forward to reading this summer—at the beach, in the backyard, wherever—and what favorite books they would suggest to others. Some good responses came in. Want to add to the list? Send your suggestions to internalcomms@syr.edu.

From Laura Cooper, Institute for Veterans and Military Families 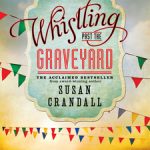 “Whistling Past the Graveyard” by Susan Crandall. I enjoy a modern American novel about Southern culture. This is a coming-of-age story about the 9-year-old girl Starla who runs away from home in the 1960s, makes friends on the road with a woman, Eula, who is suffering, too, and navigates the reader through a life-changing road trip. It’s an easy read but rich with Southern culture and personal growth. 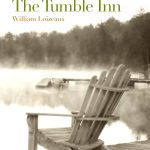 “The Tumble Inn” by William Loizeaux which was a Reader’s Digest pick. “The Tumble Inn” is a contemporary novel that takes place in the low mountains of the southern Adirondacks. Written for the general audience, this novel is about Mark and Fran Finley, who give up their jobs, friends and families in New Jersey to become innkeepers—a job they are thoroughly unprepared for—in a secluded part of the Adirondacks. What’s great about this book to me is that who hasn’t at one time in their life wondered what it would be like to run away from their current life and career and become an innkeeper at a remote location in the Adirondacks? In this book, that’s exactly what the characters do and we see just how it works out as we watch their new lives unfold. 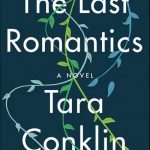 “The Last Romantics” by Tara Conklin. This is a story that spans nearly a hundred years and follows siblings throughout their lives. I enjoyed reading the book and the character development. 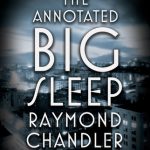 “The Annotated The Big Sleep” by Raymond Chandler, annotated by Leslie Klinger. Klinger has previously annotated works by Sir Arthur Conan Doyle (the Sherlock Holmes stories), Bram Stoker (Dracula) and H. P. Lovecraft (selected short stories and novellas). Here Klinger fills in background on the real and fictional locations used by Chandler in his first published novel featuring the private investigator Philip Marlowe, giving both historic and biographical information, and discussing the differences between the book and equally famous movie version directed by Howard Hawks and starring Humphrey Bogart and Lauren Bacall. Photos and illustrations from the time period and stills from the movie—late 1930s, early 1940s—add to the reading experience of an effective, if somewhat muddled hard-boiled mystery plot deployed through vibrant, simile-laden prose. 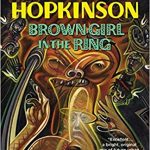 “Brown Girl in the Ring” by Nalo Hopkinson. Excellent first novel with a sci-fi premise though the story is more fantasy infused. In the wake of economic disaster, the well-off abandon Toronto to the poor and weak. In this atmosphere, Rudy takes over, a man whose magic keeps him young and whose ruthlessness keeps him in power and feared by the remaining citizens. Mami is a healer whose daughter, Mi-Jeanne, ran away from her and whose granddaughter, Ti-Jeanne, might do the same. Mami and Ti-Jeanne struggle to understand each other and keep a fragile peace, not helped by Ti-Jeanne’s love for Tony, one of Rudy’s henchmen. “Brown Girl in the Ring” taps into Caribbean myth and legend with Mami’s view of serving the spirits of her ancestors versus Rudy’s use of his magic to serve himself. Beautifully written, the narration flows smoothly and the dialog has a lilt that carries the reader along as a young woman comes of age.

From Kevin Morrow, Marketing and Communications 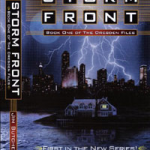 “Storm Front” by Jim Butcher. I enjoy good escapist reading. Butcher is a wonderful writer who is best known for his series The Dresden Files, the tales of supernatural private investigator Harry Dresden. The series features an engaging cast, and it has been enjoyable to see Dresden’s story develop over the course of 15 books and two collections of short stories. The first novel is “Storm Front” (2000). It’s best to start from the beginning. Once you start, you’ll want to devour each subsequent story. 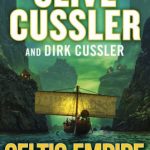 “Celtic Empire” by Clive Cussler and Dirk Cussler. I’m also a big fan of everything by Clive Cussler. Like many accomplished authors these days, Cussler works with co-authors who collaborate on several series with different characters. “Celtic Empire” is the 25th in Cussler’s series of stories about his signature hero, Dirk Pitt. It’s written with Cussler’s son, also named Dirk. It’s a fast-paced international mystery that begins in ancient Egypt and culminates in a showdown  on the isles of modern-day Ireland. 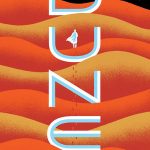 “Dune” by Frank Herbert. In this classic, an entire sci-fi/fantasy universe emerges around a hero’s journey in the distant future. It’s complex enough to bring you into the worlds without leaving you feeling overwhelmed.

“Ringworld” by Larry Niven. This is a fun journey as we follow Louis Wu, a bored 200-year-old human, explore a mega world with his alien companions: an evolved cat and a two-headed herd animal. Definitely nerdy with some great moments of adventure and humor.

“Shogun” by James Clavell. Here we have one of the best works of historical fiction where we get to experience feudal Japan through the eyes of an English sea dog pressed into service of a feudal lord seeking rule over all of Japan. Much of the book is about culture clash and adaptation as much as the power dynamics in Japan in the early 17th century. Enough violence and sex to keep things interesting, too. 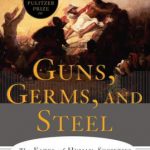 “Guns, Germs, and Steel” by Jared Diamond. If you ever wondered why some of the world is rich while other parts poor, this book pretty much explains it. Spoiler, it’s not because anyone is smarter than anyone else. A rare book that bridges readers from academia and the general public.

“Adventures of Huckleberry Finn” by Mark Twain. We’ve all heard of it. How many of us have actually read it? While it’s fallen out of favor due to its ubiquitous use of the “n word,” the book is still an accurate portrayal of its time, place and characters. It’s the original “road trip book” with freedom at its center. And funny as hell.

“Les Miserables” by Victor Hugo. Way more interesting than the musical, the book delves deeply into its characters and post-Napoleonic France. The drama concerns characters you really know and care about. Easy to pick up, put down and pick up again.