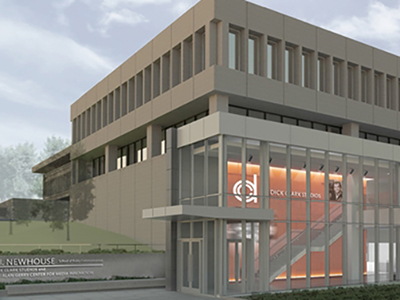 Elissa Candiotti ’18 (broadcast and digital journalism) won the Murrow Award for Excellence in Audio Reporting for her NCC News story “SU Students Learn Life Lessons as They Help in Puerto Rico Recovery.” Candiotti reported from Puerto Rico through a service trip organized by Christian Outreach and the Baptist Chaplaincy at Hendricks Chapel in the immediate aftermath of Hurricanes Irma and Maria. The trip was co-sponsored by Hendricks Chapel and the Student Association. Candiotti was one of 23 students who worked in partnership with local organizations to assist with cleanup efforts. Candiotti is now a production assistant at “NBC Nightly News with Lester Holt.”

Garet Bleir ’18 (magazine) and Lenny Martinez ’18 (photography) were among the journalism fellows who produced the Carnegie-Knight News21 project “Hate in America,” which won the Murrow Award for Excellence in Digital Reporting. Bleir is currently doing freelance investigative reporting along the southern U.S. border, and Martinez is continuing his research on digital media and tech.

The awards will be presented at the annual RTDNA Edward R. Murrow Awards Gala on Monday, Oct. 14, at Gotham Hall in New York City.