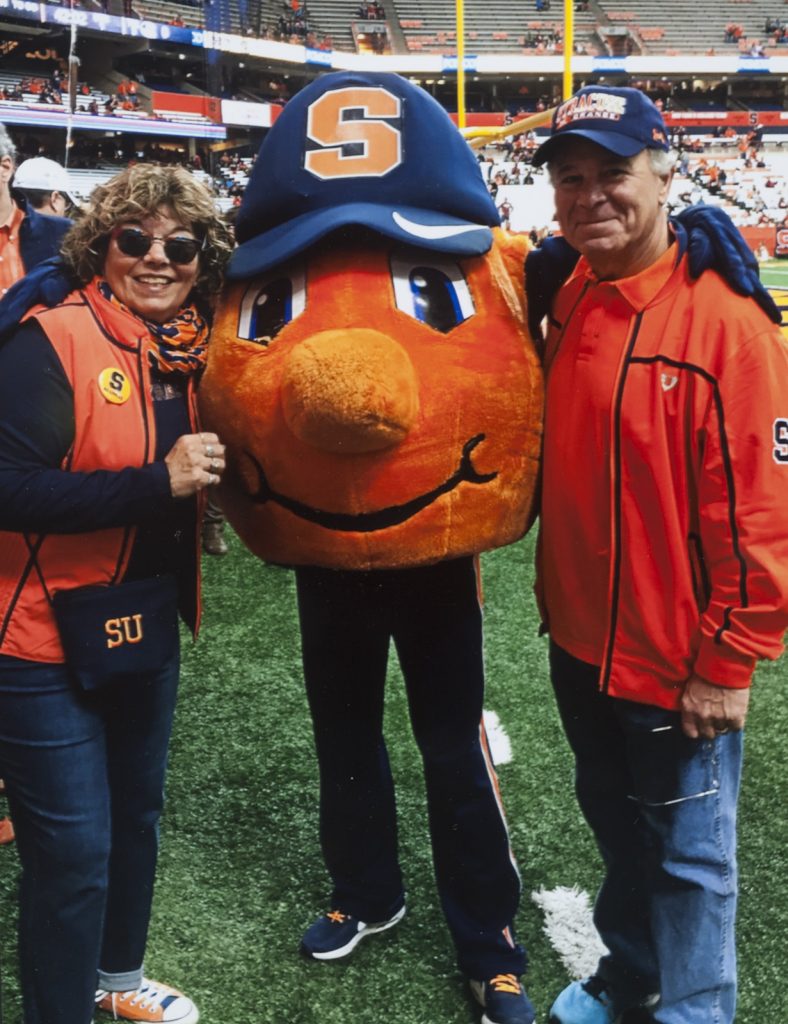 Rockette (Pirro) ’70 and John Brunetti are providing support to future generations of student-athletes through a generous estate gift to the Syracuse football program. The gift honors their longtime connection with the University—and the legacy of both of their fathers.

Rockette cheered on the Orange as the daughter of Syracuse University Football Offensive Line Coach Rocco Pirro (1952-73) and graduated from the former College of Human Development, now the David B. Falk College of Sport and Human Dynamics. “My dad grew up in Onondaga County, so he was proud to be coaching at Syracuse University,” Rockette says. “He never looked elsewhere, even when he was offered other positions; they were family.”

Their philanthropic gift is for a bequest of commercial real estate in New Jersey, which John’s father, “Fritz” Brunetti, bought in the 1950s. “My father valued education,” says John, whose father passed away in 1959 when John was 11 years old. “He always emphasized becoming a lawyer to me. And he was a pro football fan before it was popular. He even took my brother and me to what is known as the ‘The Greatest Game Ever Played’—the 1958 Colts vs. Giants championship game.”

John says his father would be pleased that his vision—his investment—would help others. 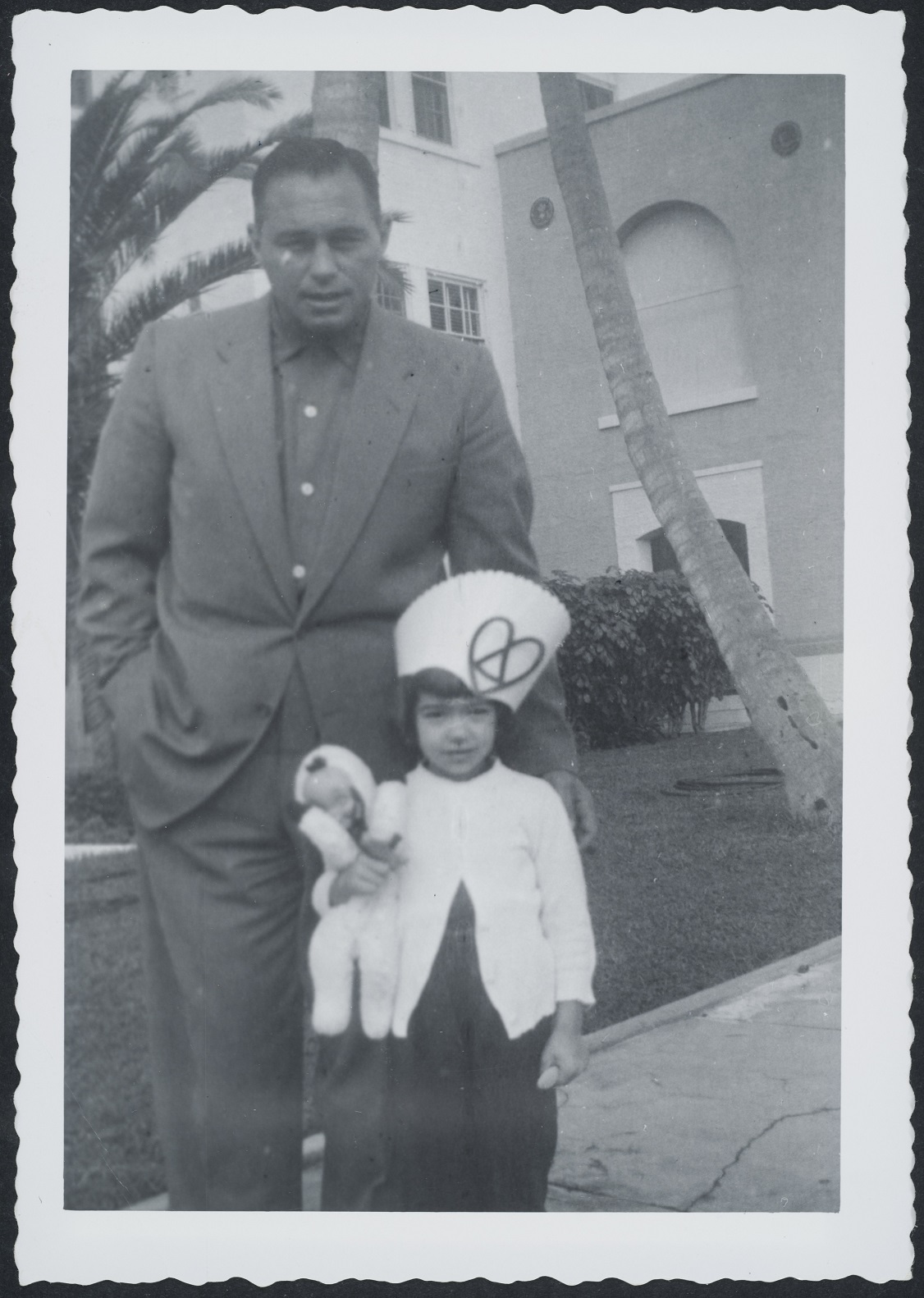 “He was very generous, and the thought that this real estate that he purchased so long ago could be used to help the future would make him very happy,” John says. “We know he would be moved and humbled that his hard work would make life a little easier for future student-athletes.”

In planning for the future, the couple determined the organizations they wanted to provide for in their estate, but they knew the University stood out for them.

“Syracuse far and away has had the most impact on both of our lives in terms of not only the number of years but also the substance of it,” John says.

Rockette and John have many memories. “I grew up going to SU football in old Archbold Stadium, so I was excited to go to SU and be part of campus life,” says Rockette, whose late brother, Tommy, was also a Syracuse University graduate and football player. “My fondest memories were joining and living in my sorority—Kappa Kappa Gamma—and being part of the students going to the games and supporting the teams.”

Rockette, who remains close to her sorority as a current house board member, recalls the special times going to football games and seeing her father as he assisted under acclaimed coach Ben Schwartzwalder.

“I loved seeing my father on the field,” she says. Even today, former football players remember her father. “They always say that my dad was such a solid guy,” says Rockette. “He was a guy who made things right and talked things through and guided them through. He looked at them as more than his players; they were like his kids.” 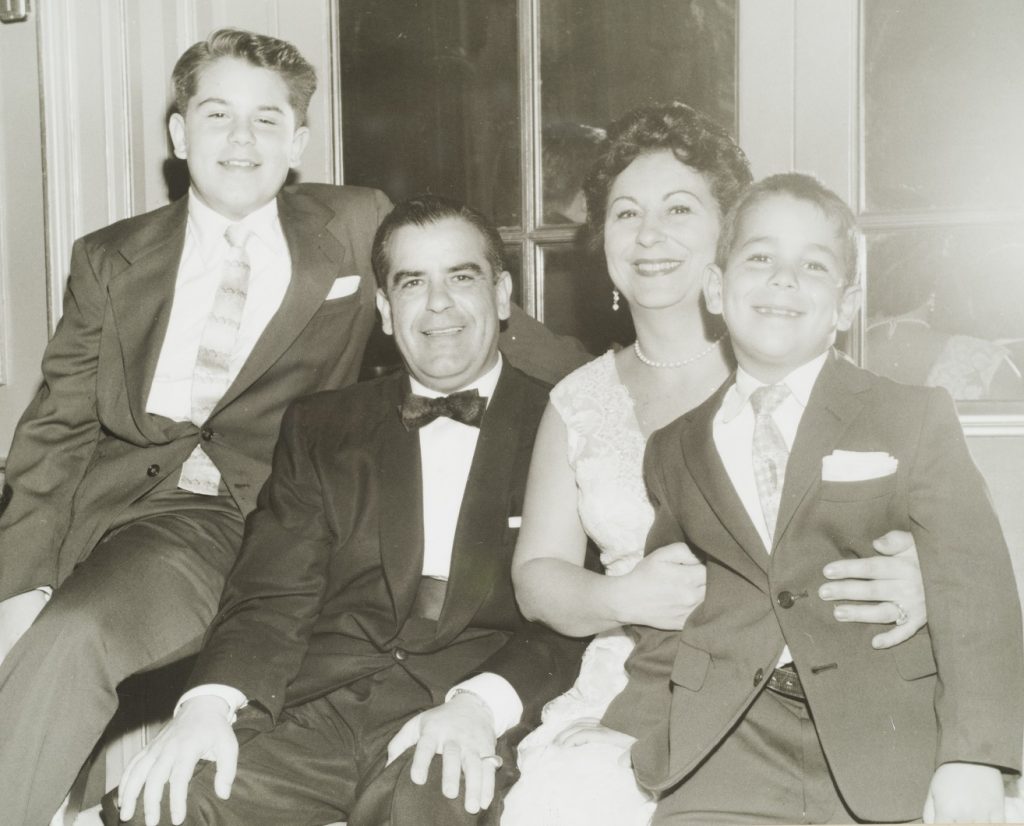 The Brunetti family at a testimonial dinner to honor Ferdinand “Fritz” Brunetti as president of the Northern New Jersey Homebuilders Association in 1956 in the Waldorf Astoria, in New York City. From left are Richard, Fritz, Edith and John Brunetti.

John, who is originally from New Jersey, remembers an early connection with Syracuse University through his family’s doctor and friend, Dr. Charles Abbott ’29. “Dr. Abbott bought me my first SU sweatshirt in 1960—celebrating the 1959 national champions,” John says.

Rockette and John’s story as a couple started at Syracuse University when Rockette noticed John in a fraternity composite on a residence hall door. The photo included her floormate’s boyfriend and John, who was then a student and football player at Franklin and Marshall College. John and Rockette were ultimately introduced by Rockette’s floormate, and they later married. They lived in New York City for a time while John attended New York Law School, and they both later attended Southern Methodist University for advanced degrees. Rockette retired as an English teacher at Baker High School in Baldwinsville, New York, and John, who practiced law in the private and public sectors, retired as a State Court judge and became a judge of the Oneida Indian Nation Court. 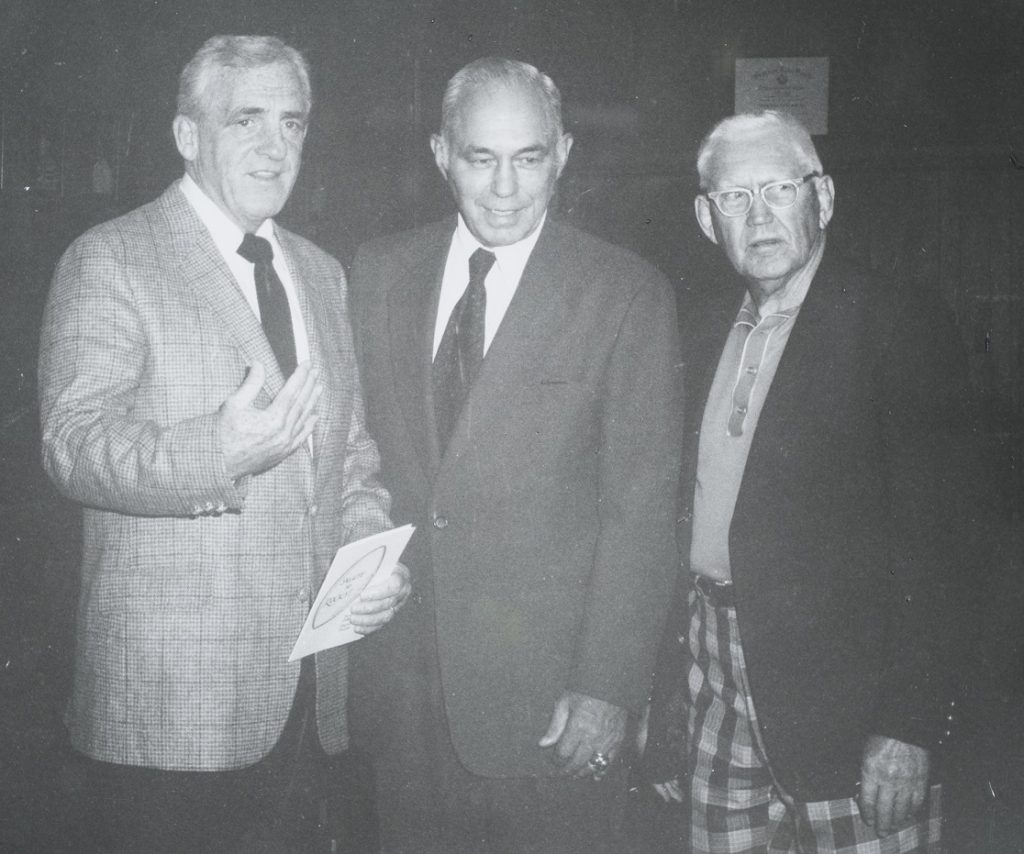 Along with practicing law, John taught for 29 years at the College of Law, teaching about 10 different courses throughout the years, with his last 10 years teaching trial advocacy. He enjoyed the preparation of the course materials and working with the students as they prepared for their careers. “It was really the challenge of trying to get the material organized and presented that’s most effective for the student—and also trying to set some kind of standard of professionalism for them to aspire to,” he says.

Through the years, the couple, who established the annual Thomas S. Pirro Award for a football player who demonstrates character and coachability, have been donors and active supporters of the University. Rockette has attended many bowl games, her first one in 1952 as a baby and later the 1959 Cotton Bowl, in which Syracuse won the national championship. Together, the couple has traveled the country for such games as the Sugar Bowl, two Hall of Fame Bowls, two Fiesta Bowls and the most recent Camping World Bowl. “We are huge fans of Coach Dino Babers, so we were happy to support him and the team,” says Rockette, who received the 2006 Zunic Award from the Syracuse Football Club.

Syracuse University is a private, international research university with distinctive academics, diversely unique offerings and an undeniable spirit. Located in the geographic heart of New York state, with a global footprint and nearly 150 years of history, Syracuse University offers a quintessential college experience, as well as innovative online learning environments. The scope of Syracuse University is a testament to its strengths. At Syracuse University, we offer a choice of more than 200 majors and 100 minors offered through 13 schools and colleges and 18 online degree programs. We have more than 15,000 undergraduates and 7,500 graduate students, more than a quarter of a million alumni in 160 countries and a student population from all 50 U.S. states and 123 countries. For more information, please visit syracuse.edu.