Syracuse Stage to Receive $10,000 from the National Endowment for the Arts

Syracuse Stage was awarded a $10,000 Art Works grant from the National Endowment for the Arts for the 2019/2020 season Cold Read Festival of New Plays. 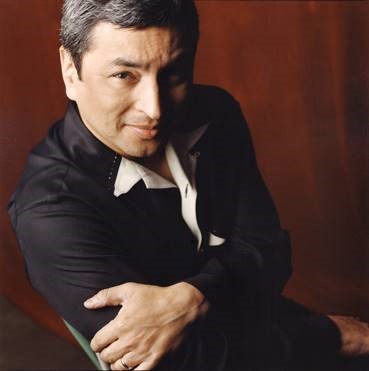 Octavio Solis is the featured playwright for the Cold Read Festival of New Plays at Syracuse Stage, April 1–5, 2020.

The Art Works grant is part of more than $80 million in grants from the NEA as part of its second major funding announcement for this fiscal year. Art Works is the arts endowment’s principal grantmaking program. The agency received 1,592 Art Works applications for this round of grantmaking and will award 977 grants in this category.

“These awards, reaching every corner of the United States, are a testament to the artistic richness and diversity in our country,” says Mary Anne Carter, acting chairman of the National Endowment for the Arts. “Organizations such as Syracuse Stage are giving people in their community the opportunity to learn, create and be inspired.”

The Cold Read Festival of New Plays returns for a third year in the 2019/2020 season (April 1-5, 2020) with renowned Latino playwright Octavio Solis and nationally recognized poet Charles Martin represented by his new translation of “Medea.” As Festival playwright-in-residence, Solis will share a draft of new work in progress.

Solis has written more than 20 plays and has been produced at more than 25 theaters nationwide, including Yale Repertory Theater, Mark Taper Forum, Denver Center Theater and the Oregon Shakespeare Festival. His memoir “Retablos: Stories From A Life Lived Along The Border” was released in October 2018 and recounts his childhood in El Paso, Texas. Solis served as a cultural consultant on the Disney Pixar film “Coco.”

“Writing the American story through a Mexican-American lens, Octavio Solis has been a singular poetic and daring voice in the American Theater for more than 20 years,” says Syracuse Stage associate artistic director and Cold Read curator Kyle Bass. “I’m thrilled to bring his necessary voice, exciting new work and generosity of spirit to Cold Read.”

Martin, who features as the local author in Cold Read’s “Write Here” presentation, lives in Syracuse and is the author of eight books of poetry. His new translation of Euripides’ “Medea” has been published by University of California Press.