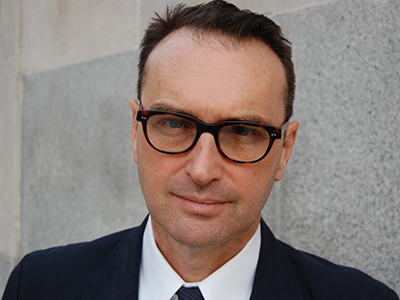 Syracuse University School of Architecture Dean Michael Speaks offers his thoughts on the passing of I.M. Pei at the age of 102.

I.M. Pei was one of the most important architects of the second half of the Twentieth Century.

Significantly, he was also a truly global architect, with commissions all over the world. Among the many remarkable buildings that he designed, there are two here in Syracuse, NY: Newhouse Communications Center 1, on the campus of Syracuse University, completed in 1964, and the Everson Museum, in downtown Syracuse, completed in 1968. The Everson Museum just celebrated its fiftieth anniversary. Referring to the four cantilevered forms of varied sizes arrayed in the shape of a pinwheel, Progressive Architecture, in a 1962 editorial feature on Pei, proclaimed the building to be “a piece of abstract sculpture placed within a civic plaza setting – the sort of sculpture to house sculpture, one might say – a work of art for other works of art.” Indeed, the Everson was Pei’s first museum commission and among his best works overall. And that is perhaps because it was so purely and definitively a work of art dedicated to the display and exhibition of works of art.

Scientists are still working to learn more about a massive underwater volcano eruption near the Pacific island of Tonga over the weekend that triggered tsunami waves and spilled ash across the entire island. Satellite images captured the eruption, which shot…

President Biden is visiting the state of Kentucky today, assessing damage from the weekend tornado outbreak that killed more than 80 people across several states. The brunt of the damage was in Kentucky where more than 70 people lost their…

Wishing On a Star – Webb Telescope Could Detect Ancient Clusters

Launching this month, the James Webb Space Telescope will be one of the most revolutionary space exploration technology tools in modern history. Scientists plans to use the powerful telescope to study planets and other bodies in our solar system to…