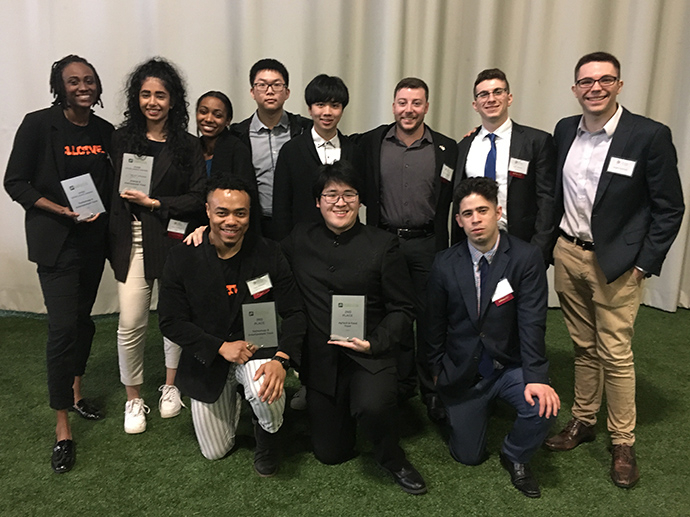 Syracuse University students and alumni at the New York Business Plan Competition in Albany on April 26, 2019

Third-year law student Molly D’Agostino won first place and a $10,000 prize in the Technology and Entertainment Section of the competition. D’Agostino’s business—Our Song Co.—writes custom songs and offers media services for couples and weddings, including consulting, video, poetry and memoir writing, and more.

Speaking to how her legal studies have contributed to her business venture, D’Agostino says, “The most valuable thing law school has contributed to my business is my experience with the College of Law’s Innovation Law Center (ILC). I knew I had a unique idea, and I wanted to learn how to protect it. What I discovered through ILC helped me craft my strategy.”

The other Syracuse University winners were the following:

The NYBPC regional qualifier was organized by the Syracuse University Libraries’ Blackstone LaunchPad, whose staff also accompanied the teams to Albany.

“The Blackstone LaunchPad provided business planning expertise, mentorship, collaboration space and pitch guidance to teams,” says Dean of Libraries David Seaman. “Strong showings over three years demonstrates the impact this Libraries service has had since it cut the ribbon in April 2016.”