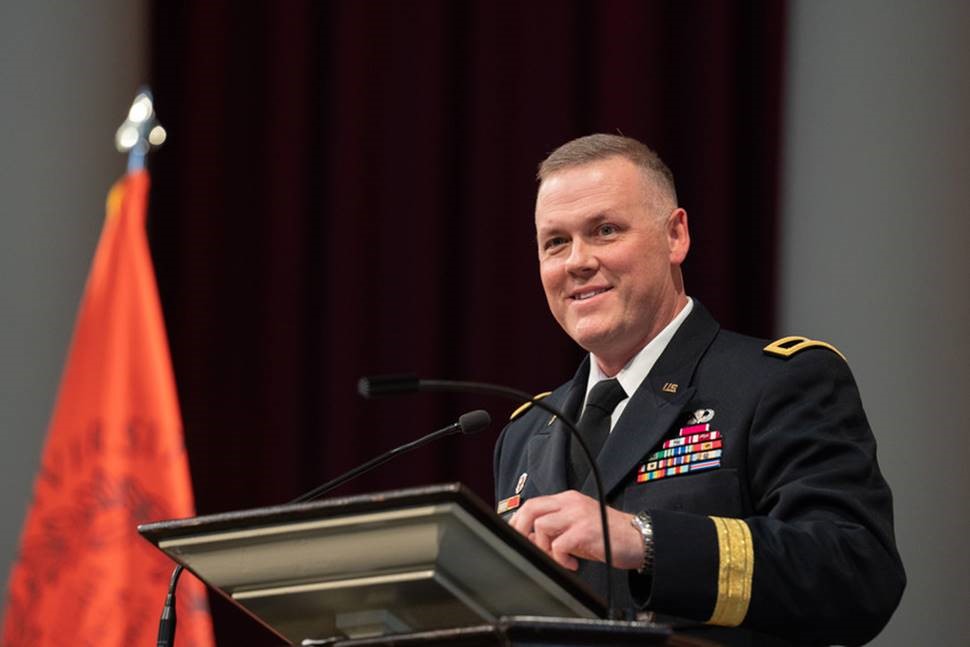 The commissioning ceremony signals the end of training and the beginning of the graduating seniors’ military career as second lieutenants in either the U.S. Army or U.S. Air Force. Each cadet was given their first salute by a mentor, family member or friend who serves or has previously served in the military. Salutes of note included Cadet Megan Storie, who received her first salute from her husband, an Army sergeant first class recruiter. Following the salute, each new officer presented his or her mentor with a silver dollar as a token of gratitude and respect.

“This year’s commissioning cadets continue a long and honorable tradition of service and dedication to our nation’s defense,” says retired Col. Ron Novack, executive director of the Office of Veteran and Military Affairs at Syracuse University. “Our ROTC programs are an important component of the University’s effort to be the best place for veterans and military-connected students. We are proud of these newly commissioned second lieutenants and are confident that they will represent both Syracuse University and our country well in their military careers.” 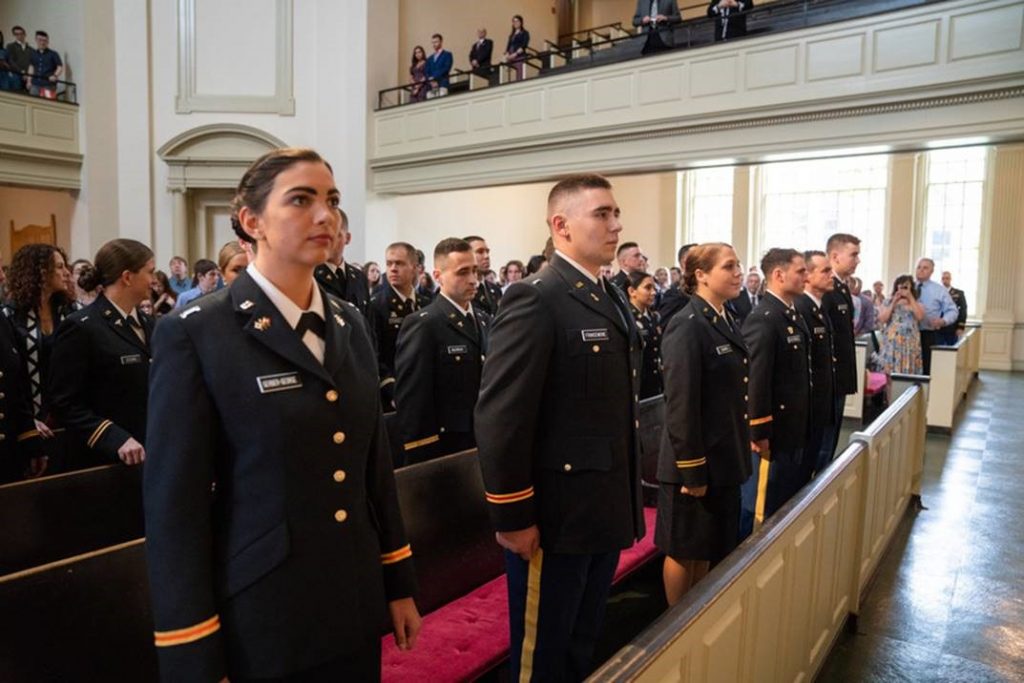 The day prior to commissioning, Vice Chancellor for Strategic Initiatives and Innovation Mike Haynie presented commissioning gifts to the ROTC cadets. The gifts serve as a show of appreciation for the students’ dedication to ROTC during their time at Syracuse University.

Syracuse University boasts the longest continuously running ROTC program in the country, as well as a storied relationship with the U.S. Military Academy at West Point, with the current cadre of Syracuse ROTC cadets including multiple students whose parents attended West Point.

In addition to the commissioning cadets, two other cadets will commission this summer after completing advance training camp.