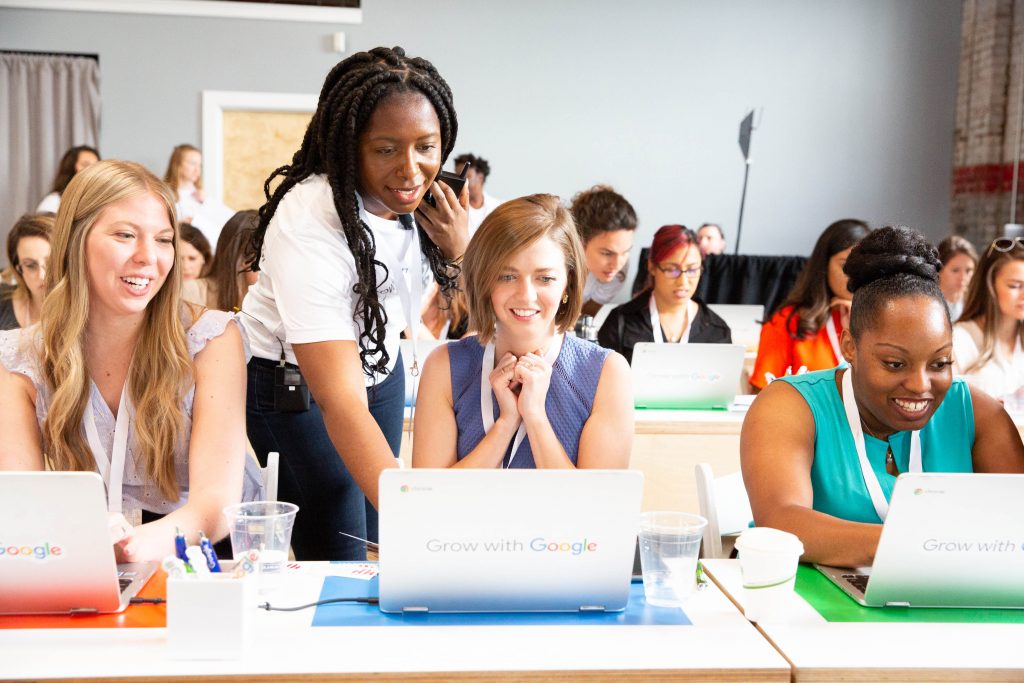 “Military spouses are the unsung heroes of our armed forces. With frequent moves and families to care for while their partners are deployed, military spouses face steep challenges when trying to land a meaningful job,” said Jacquelline Fuller, president of Google.org. “As the child of a military family myself, I know these challenges firsthand. We created these tools and resources to honor the many military spouses who have done so much to serve our country.”

As part of the announcement, Blue Star Families, a leading nonprofit supporting military spouses, will provide in-demand digital skills training workshops throughout the next year. Google’s philanthropy, Google.org, will also support Syracuse University’s Institute for Veterans and Military Families (IVMF), an interdisciplinary academic training institute focused on advancing the post-service lives of the nation’s military veterans and their families. The Google.org grant will provide 1,500 scholarships and support services for veterans, transitioning military personnel and military spouses to complete the Google IT Professional Support Certificate through the IVMF’s Onward to Opportunity professional certification training curriculum offered at 18 military installations nationwide as well as virtually around the world. 1,000 of these scholarships will be offered specifically for military spouses.

The new training materials created are accessible to anyone with a web connection. Applied Digital Skills, Grow with Google’s free, online digital skills training program for all ages, released a new lesson called “Connect and Collaborate from Anywhere with Digital Tools” to teach remote workers tools to succeed in the digital office. Primer, Grow with Google’s app for small businesses and job seekers, will also offer new lessons called “Finding or Transitioning to Remote Work,” “Keys to Working Remotely,” and “Collaborating While Working Remotely.”

“Military spouses tell us what they want through our annual Military Family Lifestyle Survey,” said Kathy Roth-Douquet, Blue Star Families CEO. “In 2018, their top recommendation (47 percent) for improving spouse under/unemployment was for advocates to work with large corporations to design military spouse-friendly work options. And that’s precisely what we’re doing with Grow with Google. This new program will empower thousands of military spouses with the digital skills they need to build flexible, meaningful careers no matter where they live.”

“Meaningful employment remains a pressing concern for those who have shouldered the burden of our nation’s defense, to include military spouses,” said Mike Haynie, vice chancellor of Syracuse University and executive director and founder of the IVMF. “We are excited to partner with Google.org and grateful for its support of our efforts to empower our military spouses as they pursue meaningful careers.”

Last month, Google launched a new job search function that will surface more quality, full-time remote jobs. Now, users can search for jobs that meet their interests, like [customer support jobs] and then filter location to “work from home” to see a list of relevant job listings that meet these criteria. Whether the jobs are listed as “remote,” “work from home” or “telecommute” opportunities, this filter does the work for the user and allows them to explore the opportunities available. Additionally, employers and job boards, such as Recruit Military, can provide this feature on their own career sites using Google Cloud’s Talent Solution.

“As the solution provider in connecting military spouses and veterans with organizations, partnering with Google has allowed RecruitMilitary to expand the ways we engage with military spouses,” said Tim Best, CEO of RecruitMilitary/Bradley-Morris. “RecruitMilitary offers more than 140 veteran and military spouse job fairs throughout the country each year, and a job board exclusively for this important group. Google’s Cloud Talent Solution work from home feature gives military spouses ease of access to thousands of opportunities that can be done remotely. With this capability, military spouses have expanded bridges to career growth and more portable career options as they move to support their service member spouse.”

Grow with Google is the tech company’s initiative to create economic opportunity for all Americans by sharing free digital tools, training and expertise. Technology is changing the nature of work and Grow with Google aims to help everyone can get the skills they need to succeed. And in doing so release the untapped potential that’s in every community across the country. Now more than ever, Americans need digital skills to find jobs, advance their careers, or grow their businesses. Through free resources, flexible programs and in-person workshops, Grow with Google shares tools people can use to get ahead.