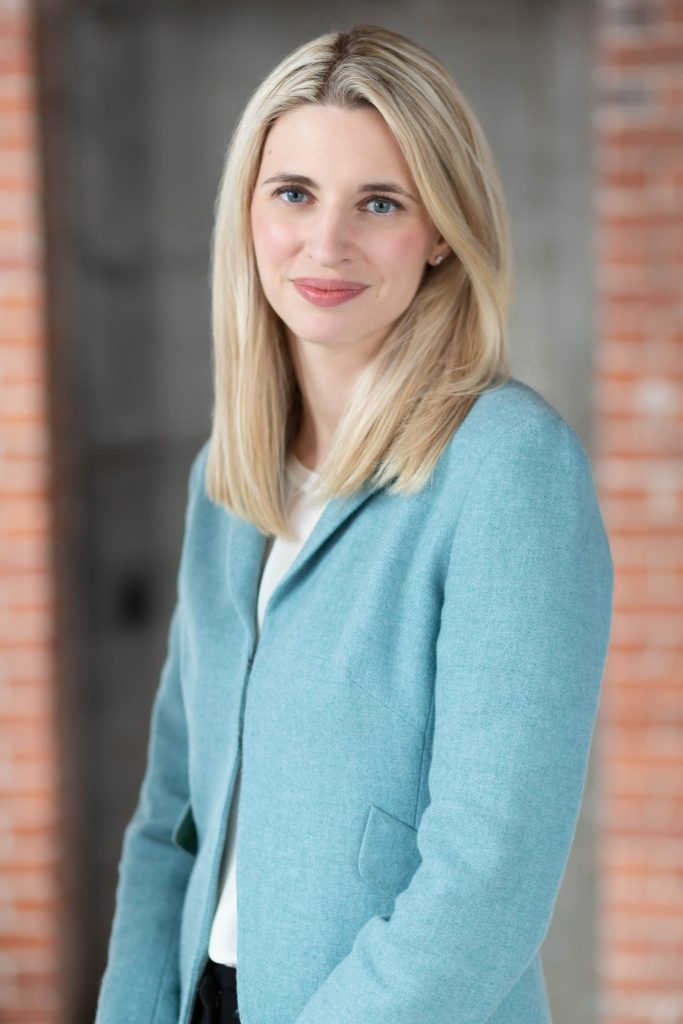 Vanja Malloy, curator of American art at the Mead Art Museum at Amherst College, has been named director and chief curator of the Syracuse University Art (SUArt) Galleries, effective Aug. 1. Malloy will be the second director of the SUArt Galleries, a member of the Coalition of Museum and Art Centers (CMAC), since its founding in 2006. She succeeds Domenic Iacono, who retired after 40 years at the University last June.

“We are very excited to welcome Vanja Malloy as the next director of SUArt. It was an extremely competitive process with applicants from around the world,” says CMAC Executive Director Jeffrey Hoone. “Vanja stood out with her great educational credentials and experience. She has an exhibition record that displays a creative mind and an ability to connect many different collaborative partners. She has produced exhibitions and programs that appeal to many different audiences while maintaining an intellectual rigor so important to an academic setting. We are very much looking forward to her leading the team at SUArt and building on their success as the premier art museum at Syracuse University.”

Malloy’s extensive art history and museum background began at Duke University as an undergraduate, where she earned a degree in art history. In 2007, an internship brought her to the Metropolitan Museum of Art, where she was introduced to curatorial work. Malloy states that this experience changed the direction of her career from the academy to the museum. She continued her studies at the Sotheby’s Institute of Art, completing her master’s thesis on artist Alexander Calder. Malloy holds a Ph.D. in art history from the University of London’s Courtauld Institute of Art. After completing her doctoral studies, Malloy returned to the institution that sparked her career, the Metropolitan Museum of Art, where she was the Chester Dale Fellow in the Department of Modern and Contemporary Art.

In her current role, she oversees the Mead’s program for American art, which includes a major collection encompassing painting, sculpture, works on paper and decorative arts from the colonial era through contemporary. She has organized numerous exhibitions, ranging from thematic reinstallations to shows with contemporary artists such as Saya Woolfalk and Tom Friedman, all of which have enlivened the permanent collection by creating compelling new dialogues across time periods, cultures and disciplines. In addition to innovative exhibitions, her dedication to scholarship, teaching and programming has advanced the field of art history and strengthened the reach and impact of the university museum.

Her most recent exhibition, “Dimensionism: Modern Art in the Age of Einstein,” explores the influence of modern science on 20th-century art and is accompanied by a book published by MIT Press. For the exhibition, Malloy secured major funding from the Henry Luce Foundation and the Terra Foundation for American Art, among others, and arranged for a national tour to the Mead, University of California-Berkeley Art Museum and Pacific Film Archive and the Zimmerli Art Museum at Rutgers University.

Critical coverage of “Dimensionism” includes Quartz summarizing the exhibition as “eye-opening,” while The Art Newspaper notes how it “shed light on a movement that was all but forgotten.” Leonardo exclaims that the book and show “brilliantly” bring a lost manifesto into the mainstream and in doing so concludes “we [the viewer], not totally unlike Einstein’s ‘man on the train,’ have been shifted from our standard point of view to another…’Dimensionism’ destabilizes the more formal art historical contexts in which many of these classic art objects are typically viewed.”

Malloy’s unique dual background in art and science have enabled her to apply her knowledge and expertise in art-science-technology intersections to create interdisciplinary exhibitions and programming that engage diverse academic and community audiences.

“I am honored to be the next director and chief curator at the SUArt Galleries,” Malloy says. “I believe that the campus art museum has a unique ability to show how the arts can contribute to teaching and learning across disciplines at the University. I’m excited to work with museum staff to spearhead new projects that form partnerships throughout the Syracuse University campus.”

About the SUArt Galleries