Share
College of LawINSCTMaxwell School of Citizenship and Public Affairs

The Institute for National Security and Counterterrorism (INSCT)—a collaboration between the College of Law and the Maxwell School—has added five senior national security experts to its academic and advisory leadership team.

These distinguished fellows—drawn from the upper echelons of the national security and intelligence communities—will assist the institute’s mission with a variety of assignments that will directly benefit students and expand INSCT’s portfolio of research and policy projects.

“These distinguished fellows are five of the leading experts in the field of national security law and policy, and I am thrilled that they have chosen to affiliate with the institute,” says the Hon. James E. Baker, director of INSCT. “They bring extraordinary practice experience and diverse expertise to Syracuse. They will expand the institute’s reach in areas such as emerging technology, data privacy and cybersecurity. Even better, if you think they are great at what they do—and they are—they are even better people, among the most honorable and ethical public servants I have known. If your mission is to train the next generation of thought leaders and practitioners in the field of public and private national security law, you would want this team of fellows on your side.”

Among the fellows’ roles—in Syracuse, New York City and Washington, D.C.—they will help teach national security courses; lecture in the institute’s speakers program; provide students with career advice and guidance; and offer insights and input regarding the institute’s classroom and practical curriculum and its research and policy portfolio. They also will help the institute stand up and teach a cutting-edge course on the practice of private national security law.

“Specifically, the distinguished fellows give the institute the opportunity to fill a need that is not being met,” continues Judge Baker. “They will help us teach students at the College of Law and the Maxwell School what they need to know in order to practice in the area of private national security law and policy—at law firms, as in-house counsel or as business officers and executives. This is an area of private practice that is growing exponentially, that offers career opportunity for our students and that is critical to U.S. national security, as well as the protection and advancement of U.S. legal values.”

It is anticipated that additional fellows will join those who have been announced.

“With decades of experience working on some of the most pressing law and policy issues of our time, INSCT distinguished fellows will add greatly to our students’ understanding of the practice of national security law and policy making,” says Maxwell School Dean David M. Van Slyke. “Their insights as senior civil servants and practitioners in political positions, as well as in private practice and academia, will enrich the student experience and expand the depth and reach of Maxwell’s thought leadership and emerging research.” 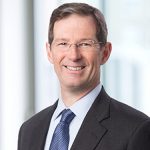 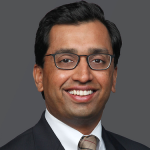 De leads Mayer Brown’s global cybersecurity and data privacy practice. He also is co-chair of the firm’s national security practice and a member of the firm’s congressional investigations and crisis management team. After nearly two decades in private practice and public service across all three branches of the U.S. government, De is one of the most trusted voices in national security. He has held senior appointments in the White House, the U.S. Department of Justice and the U.S. Department of Defense. He has also previously served as counsel to the National Commission on Terrorist Attacks Upon the United States (the “9/11 Commission”), the Commission on the Prevention of Weapons of Mass Destruction and Terrorism, and the U.S. Senate Homeland Security and Governmental Affairs Committee. Before returning to Mayer Brown in 2015, he was general counsel at the National Security Agency. 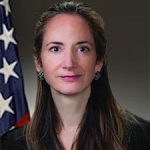 Haines is a former deputy national security advisor to President Barack Obama, with wide-ranging expertise in policy, strategy and law. Haines also served as deputy director of the Central Intelligence Agency, deputy national security advisor at the National Security Council (NSC) and deputy NSC counsel. Before joining the NSC, she led the Treaty Office at the U.S. Department of State and was the deputy chief counsel for the Senate Committee on Foreign Relations. She is a former legal officer at The Hague Conference on Private International Law. As a Johns Hopkins Applied Physics Laboratory senior fellow, she works with technical experts at the laboratory to better inform technology and policy decisions made by U.S. military leaders and senior government officials. As deputy director of Columbia University Law School’s Columbia World Projects, she studies how university scholarship and resources can be used most effectively to address world challenges. She was appointed to the National Commission on Military, National, and Public Service (a bipartisan, 11-member commission created by Congress to develop recommendations to inspire more Americans—specifically young people—to participate in military, national and public service and to review the military selective service process) by President Barack Obama. 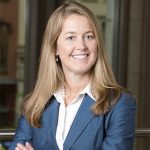 Jeffress represents clients in national security, government contracts and compliance matters, and advises companies and individuals on export enforcement, the Foreign Corrupt Practices Act, the Foreign Agents Registration Act, mutual legal assistance and other international law enforcement issues. Jeffress served as the U.S. Justice Department attaché to the U.S. Embassy in London and as counselor to the U.S. attorney general, advising the attorney general and senior department leadership and liaising with the White House, the National Security Council, other agencies and the intelligence community. 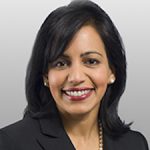 At Covington, Qadir’s practice focuses on complex litigation, white collar matters, internal investigations, and public policy and government affairs, and she is a member of the artificial intelligence initiative. Qadir also is a professorial lecturer in law at George Washington University Law School. Before law school, she advised federal and international governments as a management consultant with Booz Allen Hamilton, and she has published scientific articles on military energetics and nanotechnology. She is a former clerk for the Hon. James E. Baker, as chief judge of the U.S. Court of Appeals for the Armed Forces.