‘Portals Through the Haze,’ a Boghosian Fellow Exhibition, Opens May 3 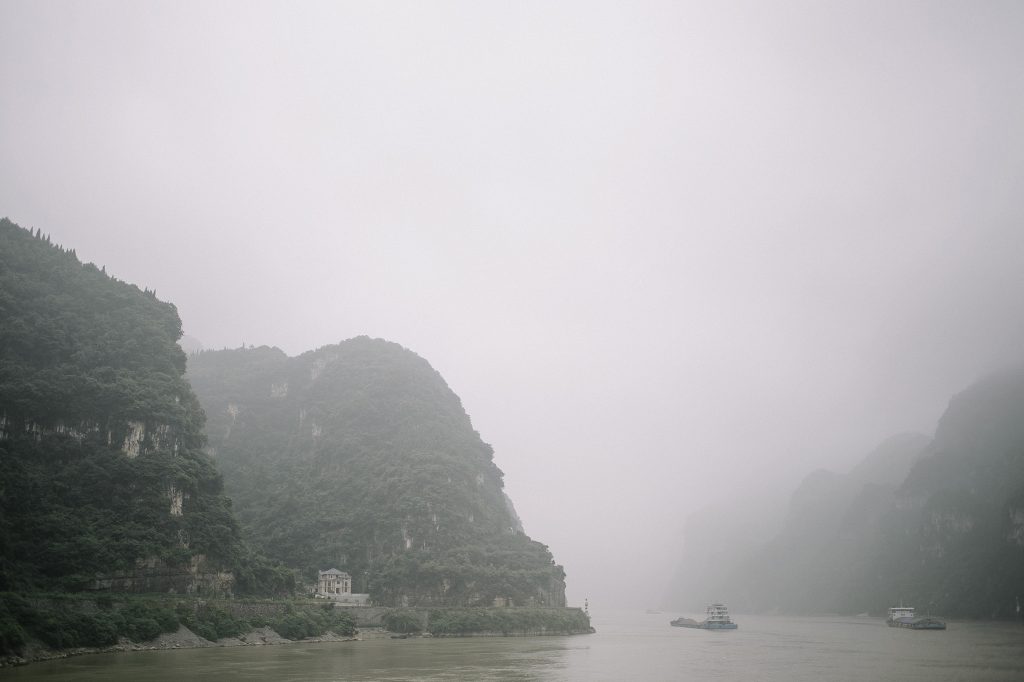 “Portals Through the Haze: Accelerated Modernization and The Three Gorges” will be on exhibition beginning Friday, May 3, in the Marble Room on the first floor of Slocum Hall. The exhibition represents the culmination of a yearlong design research and teaching effort conducted at the School of Architecture by James Leng, Harry der Boghosian Fellow, 2018-19.

Throughout the 2018-19 academic year, Leng, the school’s third Boghosian Fellow, has taught a fall research seminar, a Visiting Critic studio and a production-based professional elective in the spring, all in alignment with a research proposal supported by the fellowship. He and his students have explored the inherent complexities of history, culture and modernization of a less developed, scaled down microcosm along the middle reaches of the Yangtze River in China.

Over the last several decades, the countryside, mountains and rivers in China have been dramatically and irrevocably shaped by an accelerated modernization that is uniquely Chinese. Among the most auspicious of many such examples is The Three Gorges Dam, built across the Yangtze River in Hubei Province, a project so massive that upon completion in 2012, it forever altered the rotation of the Earth. However profound this latter fact, it pales in comparison to the effects it had on The Three Gorges (Qutang Gorge, Wu Gorge and Xiling Gorge) and the lives of local residents.

“Portals Through the Haze” depicts the impact of accelerated modernization on The Three Gorges in China. The proliferation of built form that colonizes this extreme terrain—from factories to skyscrapers to clusters of villages—makes this geography of modernization equal parts tantalizing and traumatizing.

Mountains, rivers, villages and cities blur into one seemingly continuous landscape, blending with factory pollution and particulate matter created by the demolition of thousands of settlements along the Yangtze to form an aerated haze—an airborne filter through which everything that can be seen is seen. The haze reveals and conceals; it collapses time and space; it blurs the natural and the artificial, the mountain and the village, and renders impossible any definitive vantage point.

“Ultimately the haze is an allegory for China’s modernization, a rolling mist without tangible form but possessing an unstoppable inertia that has been shaping the nation’s territory and identity since the dawn of its mythical conception,” says Leng.

Staged between and through a physical model and a series of photographs—portals to a more fundamental reality—the exhibition encourages the viewer to take the fictional but profoundly realistic perspective found in traditional Chinese landscape painting, one where all scales and all views are experienced simultaneously. By navigating the landscape from the scale of a room to the scale of an entire region, looking into as well as out onto The Three Gorges, it’s only then that such active, simultaneous viewing can reveal what is hidden under, through and beyond the haze.

Leng will give a gallery talk on Friday, May 3, at 5 p.m. in Slocum Hall’s first floor atrium. A public reception will follow.