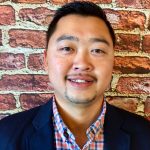 Out of one of the darkest, most painful moments of his life, Amnat Chittaphong ’99, G’02 turned the hatred and anger he felt into a career serving underrepresented students.

In the process, he reconnected with his Asian American roots in ways he never before imagined.

Twenty-two years ago, the Syracuse University campus and the Syracuse community were rocked by a hate crime at a Denny’s restaurant (which has long since closed) on Erie Boulevard East. Six Asian American students and one Caucasian student were turned away from the restaurant, assailed with racial epithets and beaten in the parking lot in the early morning of April 11, 1997. 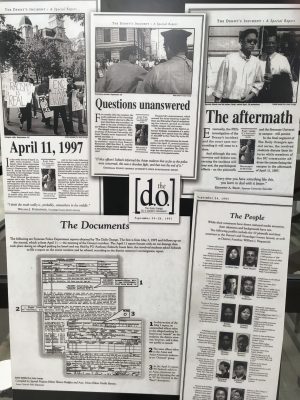 Chittaphong woke up that morning to a phone call alerting him to the incident; his friends and former roommate had been the victims. Chittaphong would quickly stand side-by-side with his friends, as a supporter, a spokesperson and, perhaps most important, an advocate. It was their mission to ensure the Syracuse community understood that these racially charged atrocities really happened.

“That was a life-changing event. I suddenly realized exactly what it meant to be Asian American,” he says. “Most people will never know the emotional pain of what it’s like to be denied service because of your race and to be taunted with horrific racial slurs, just because of your Asian heritage.

“I didn’t consider myself an activist before, but I didn’t have a choice after this happened. The pain and anger I felt in that moment was a wake-up call for myself and for an entire community.”

Becoming a Leader on Campus

Chittaphong had found his calling and embraced his leadership role, serving as the vice president, and later president, of Asian Students in America. He helped organize marches on District Attorney William Fitzpatrick’s office, orchestrated localized versions of the nationwide boycott of Denny’s, and represented his friends during press conferences with the media. 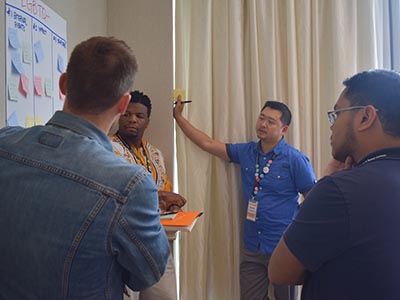 There were widespread student protests on campus. The anger only intensified when the District Attorney’s Office announced it did not find evidence of discrimination by Denny’s and did not find cause that police officers assaulted the victims because of their ethnicity.

The DA’s findings had a ripple effect on campus. In Chittaphong, they inspired him to change his major from aerospace engineering (rocket science) to political science.

“I had a big personal revelation as I figured out how to best use my voice to bring about change in our community. But I also learned more about what being an Asian American meant to me,” says Chittaphong, who stayed on campus to earn his master’s degree in higher education administration.

The existing Asian American student interest groups on campus—involving students from China, Japan, Korea and Hong Kong—rallied together to ensure this type of incident never happened again. The campus’ first Asian American sorority and fraternity were founded, while Chittaphong embarked on a career committed to serving students.

Out of Anger Comes Hope 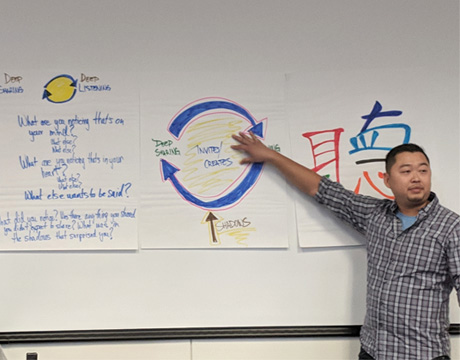 In fall 2000, Chittaphong was instrumental in the creation of the Multicultural Living-Learning Community at Syracuse, dedicated to promoting diversity, social justice, citizenship and cultural awareness. He was the program coordinator, teaching classes while living with 40 undergraduate students who were interested in learning about multicultural education, cross-cultural dialogue, and community activism and engagement.

“That was an amazing experience where we all lived and learned together. I found my calling in life,” says Chittaphong, who received a civil rights award at the University’s 1999 Martin Luther King Jr. Celebration.

“If I was in a position to make a difference for students, that’s what I needed to do. I never wanted other students to experience what I went through, so I wanted to pay it forward by going into higher education with a social justice mindset.” 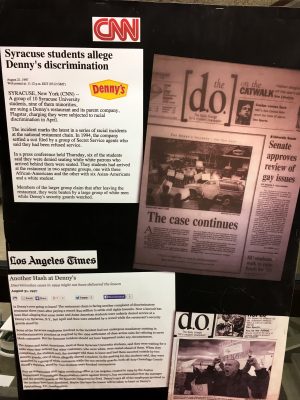 Chittaphong has served as dean of students at Holyoke (Massachusetts) Community College, assistant dean of students at Hampshire (Massachusetts) College and director of multicultural affairs at Siena College in Loudonville, New York. He founded andJustice4All, a leadership, diversity and social justice education consulting and training organization that works with college students across the country on developing leaders.

Chittaphong also works at Teach For America, as senior managing director for diversity and inclusiveness. He is on the organization’s Learning and Development team, where he helped launch and manage The Center For Excellence in Adult Learning.

There is an exhibition on the first floor of Bird Library featuring archival newspaper articles and a documentary commemorating the Denny’s incident as part of the University’s celebration of Asian American and Pacific Islander Heritage Month. The display is designed to teach today’s students about the incident Amnat Chittaphong will never forget.