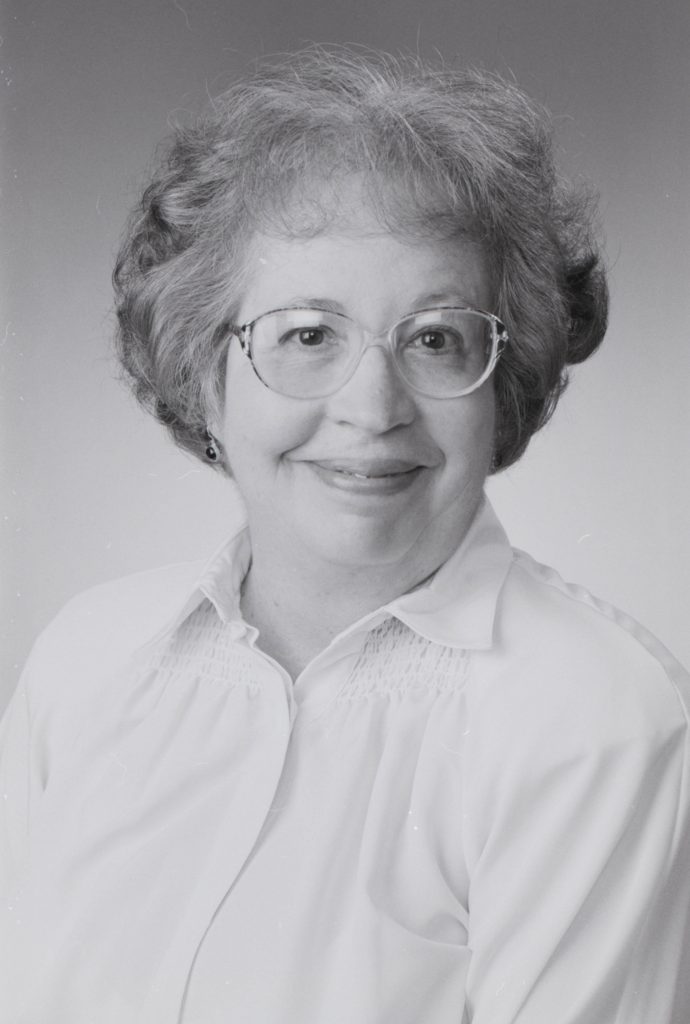 Harris was born in 1939 on Long Island and spent much of her adult life living in Syracuse. She earned a bachelor’s degree in 1961 at the University’s School of Nursing, housed at 103 Waverly Ave. at that time. She completed rotations at the Hospital of the Good Shepard, located in what is today Huntington Hall. She received a Ph.D. in 1990 from the University’s School of Management, now the Martin J. Whitman School of Management. She also held a master’s degree from Boston University, earned in 1967.

She was head nurse at Syracuse Memorial Hospital, now Crouse Hospital, when Chancellor William P. Tolley appointed Harris to the University’s School of Nursing as a clinical instructor in 1965. She was quickly promoted to assistant professor in 1967 and later to associate professor in 1995.

Harris taught leadership and management courses to senior- and graduate-level students in the School of Nursing. Upon her retirement in May 1998, she was named professor emerita of nursing and celebrated 33 years of service at Syracuse University and the School of Nursing, which by then had been renamed the College of Nursing.

Along with two of her colleagues—professors emerita of nursing Rosemary Lape ’56, G’68 and Julia Evelyn “Ev” Osborne ’47, ’49, G’67—Harris studied for one year as part of the Robert Wood Johnson Nurse Faculty Fellowship program in Rochester, New York, in 1978 and 1977, respectively. With the experience gained at the fellowship, Lape, Osborne and Harris started a primary care nurse practitioner program at Syracuse University.

Harris was active in the University’s Omicron Chapter of Sigma Theta Tau, the international nursing honor society, as well as the New York League of Nurses and the New York State Nurses Association. She was involved in the local American Red Cross Disaster Nursing Committee; was a member of the New York State Archeological Society; and was on the board of the Syracuse University Nurses Alumni Association, where she also served as historian.

A prolific and thoughtful writer, Harris wrote a history of Syracuse University’s College of Nursing and a history of the Central Counties Professional Nurses Association. One of her historical projects documented the World War II activities and accomplishments of Central New York nurses and doctors of the 52nd General Hospital, organized at what was then Syracuse University’s College of Medicine, now SUNY Upstate Medical University. She was an avid supporter of the Nurse’s House and the Center for Nursing Research of the Foundation of the New York State Nurses Association.