Share
College of Visual and Performing ArtsSchool of Design 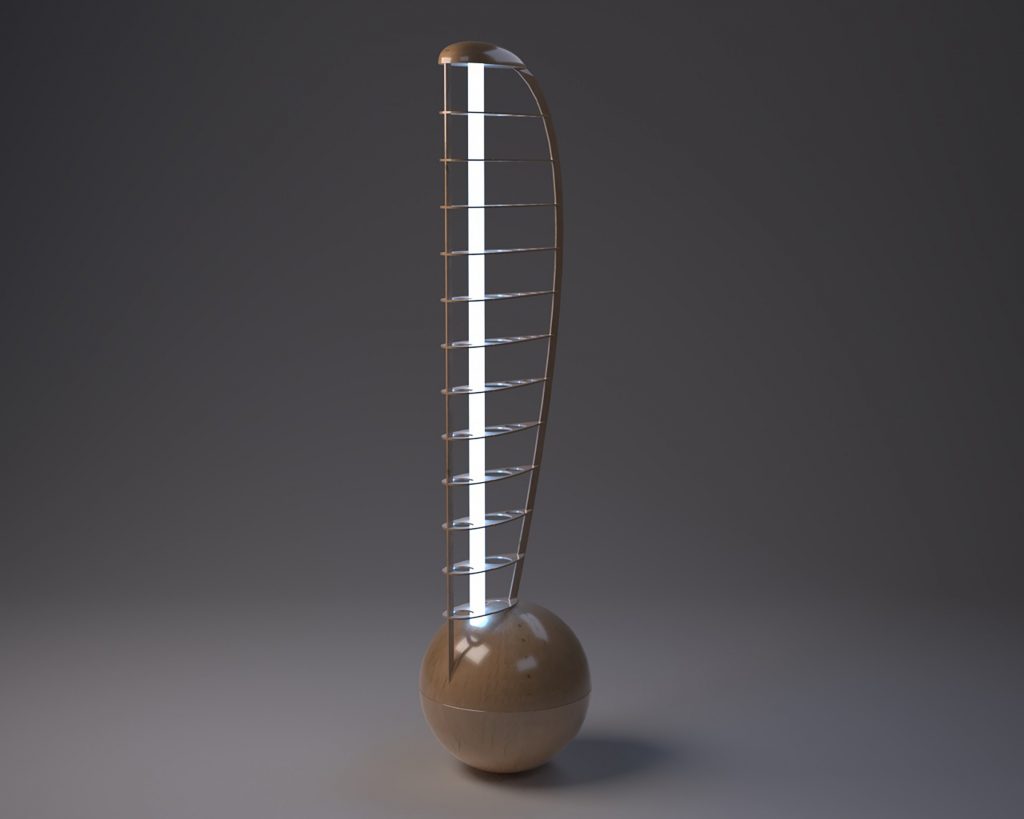 Bekir Kelceoglu, assistant professor of industrial and interaction design in the College of Visual and Performing Arts’ School of Design, was a winner in the industrial design category of the international 2018 LIT Design Awards for the mAPPLE. Kelceoglu was also a finalist for Lighting Designer of the Year.

The mAPPLE indicates wind direction using color and intensity. It is inspired by the story of Sir Isaac Newton’s observation of an apple falling from a tree and his law of universal gravitation; however, in the case of the mAPPLE, a maple seed is considered instead of an apple. The fixture is bottom heavy and goes back to an upright position if disturbed. Two sensors on its top provide magnetic (compass) and gravity information. A microprocessor drives the RGB-LEDs embedded in the fixture, changing color from blue (north) to red (south) and intensity to 100 percent (full upright) to 0 percent (45 degrees or more).

Kelceoglu plans to build a prototype of the mAPPLE this summer.

Passionate about design and emerging technology, Kelceoglu has been actively teaching, researching and designing architectural products for more than 18 years. Originally from Turkey, he has a bachelor’s degree in interior architecture from Anadolu University, Turkey, and a master of fine arts degree in industrial design development from The Ohio State University.