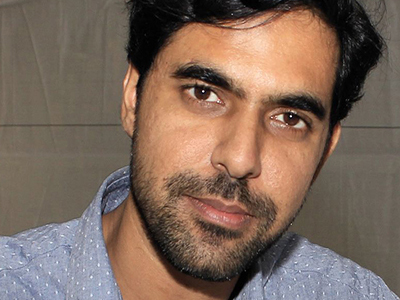 Known for writing that is “smart, devastating and enviably adept in its handling of tragedy” (The New York Times Book Review), Mahajan will participate in a Q&A session from 3:45-4:30 p.m. and then read some of his original work from 5:30 to 6:30 p.m. Both events take place in Gifford Auditorium of Huntington Beard Crouse Hall, and are free and open to the public.

For more information, contact Sarah Harwell G’05, associate director of the M.F.A. Program in Creative Writing, at 315.443.2174 or scharwel@syr.edu.

This year’s Don MacNaughton Reader in the College of Arts and Sciences (A&S), Mahajan is the author of two acclaimed novels: “The Association of Small Bombs” (Viking, 2016), a National Book Award finalist and one of The New York Times’ “10 Best Books of 2016,” and “Family Planning” (Harper Perennial, 2008), a finalist for the International Dylan Thomas Prize that has been published in nine countries.

Mahajan is a Fellow of the Dorothy and Lewis B. Cullman Center for Scholars and Writers at The New York Public Library, where he is working on a novel about return-migration to India. The bestselling author also is assistant professor of literary arts at Brown University.

The Connecticut-born author spent his formative years in New Dehli, India, returning to the United States as an adult. In addition to earning an M.F.A. in creative writing from The University of Texas at Austin, he has worked as an editor in San Francisco and an urban planner in New York City.

Mahajan’s work has appeared in many publications, including The New York Times, The Wall Street Journal and The New Yorker.

Granta magazine named him one of the “Best Young American Novelists” of 2017.

Based in A&S, the Carver series takes its name from the poet and short story writer who taught at Syracuse in the 1980s.