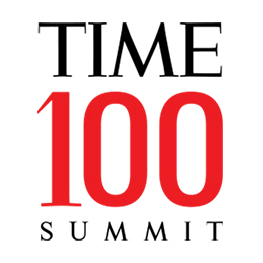 Six students from the Newhouse School have been selected to attend the TIME 100 Summit, an annual event featuring talks, panels and presentations with some of the world’s most influential people.

Jennifer Grygiel, assistant professor of communications in the Newhouse School, worked with TIME to help launch the “Rising Stars” program, which looks for high-potential next generation leaders. The following Newhouse students were selected:

Davis, who is CEO of CLLCTVE, an agency dedicated to connecting collegiate creatives with the brands that want to reach Gen Z consumers, says she was excited when she learned she would be going to the summit: “I hope to network and meet a lot of people. My goal is to expand my connections in New York City and potentially expand my clientele portfolio for CLLCTVE.”

The TIME 100 Summit will take place on Tuesday, April 23, in New York City and feature interviews and panels with Apple CEO Tim Cook, Speaker of the House Nancy Pelosi, producer and actress Tyra Banks, and screenwriter and producer Ryan Murphy, among other special guests.