Syracuse Symposium concludes its yearlong exploration of “Stories” with a spate of April events that are free and open to the public.

Presented by the Humanities Center in the College of Arts and Sciences (A&S), the series explores the role of storytelling through an interdisciplinary lens. More information is at humcenter.syr.edu.

A&S recently caught up with a few of this month’s organizers—Osamah Khalil, associate professor of history, Anneka Herre, program director of the Urban Video Project (UVP), and Phil Memmer, executive director of the Arts Branch of the YMCA—to discuss their programming.

Osamah, tell us about your transnational symposium, “Challenging Authoritarianism,” on April 11-12. 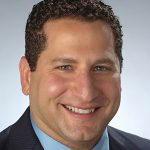 We will address the theme of “Stories” by examining how authoritarianism has been experienced and resisted through a range of expressions, from text and film to art and activism, over the past seven decades.

Our topics will range from Japanese-American internment during World War II, to the end of the Cold War, to current debates over immigration. In addition to different kinds of authoritarianism, we will explore why it endures. 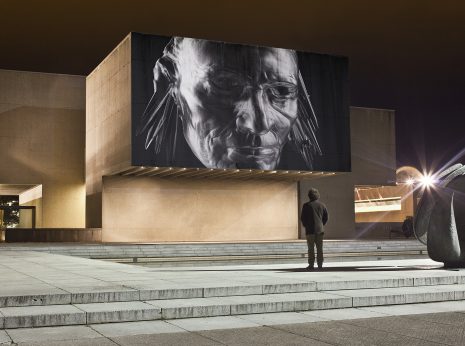 Anneka, you have invited the New Red Order [NRO], a rotating and expanding cast of visual artists and performers, to campus. Tell us about them.
Our three guests—Adam and Zack Khalil, as well as Jackson Polys—are core contributors to the NRO. During their visit [April 16-18], they will discuss and premiere their film “Culture Capture: Terminal Addition,” commissioned by LightWork for UVP and shot in and around Syracuse.

The NRO is a “public secret society” that challenges European settler and colonialist tendencies with what they call “sites of savage pronouncement.”

American history told through a Native lens, as it were.
Their project is about many stories. They include stories that we, as a country, built on settler-colonialism, tell ourselves about our own history, specifically the way we have consigned Indigenous peoples to a historical past.

Phil, you regularly team up with Syracuse Symposium for a mini-residency by a renowned writer. What should we know about this year’s visitor, Laure-Anne Bosselaar, on April 25? 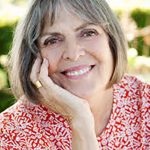 She’s an acclaimed poet whose four books demonstrate how the unique particulars of one’s life stories—the horrors of anti-Semitism, the pain of childhood neglect and abuse, the grief of losing a spouse—can, through the filter of art, shimmer with universal truths.

Her latest book, “These Many Rooms” [Four Way Books, 2019], draws on the sudden loss of her husband, noted poet Kurt Brown. Like her previous volumes, it shows how the particulars of any individual’s story have the potential to become universal through artful retelling.

Her own life story is rather unique—born in Belgium, raised by a convent of “abusive nuns.”
Laure-Anne describes the family that briefly raised her as “virulent anti-Semitism.” Her stories from these difficult times permeate her first three books of poems, which show how early emotional and physical deprivation can be overcome by intelligence, humor, curiosity and determination.

[Pulitzer Prize-winning poet] Charles Simic says that Laure-Anne writes “wise poems about memory—poems whose art lies in their ability to make these memories ours, too.”

Rounding out Syracuse Symposium is a mini-residency (April 23-24) by Michelle Caswell and Samip Mallick, co-founders of the South Asian American Digital Archive (SAADA) in Philadelphia.

“They will address how institutional archives have historically served as sites of white privilege and supremacy, thus disadvantaging the stories of marginalized communities,” writes organizer Tarida Anantachai, a librarian in Syracuse University Library’s Learning Commons in Bird Library. “Their programs will explore the embedded oppressions within archival practices and how community-based archives such as SAADA have countered these structures and amplified the experiences of historically underrepresented communities.”