One of the many impressive tasks that Innovation Law Center (ILC) research associates perform when writing proprietary reports for clients of the New York State Science and Technology Law Center (NYSSTLC) is getting up to speed very quickly with novel and often complex technologies. Becoming competent with groundbreaking biotechnology was certainly necessary for the report presented to Allied Microbiota, a New York City-based company that is developing a microbial product to remediate difficult-to-treat organic pollutants. 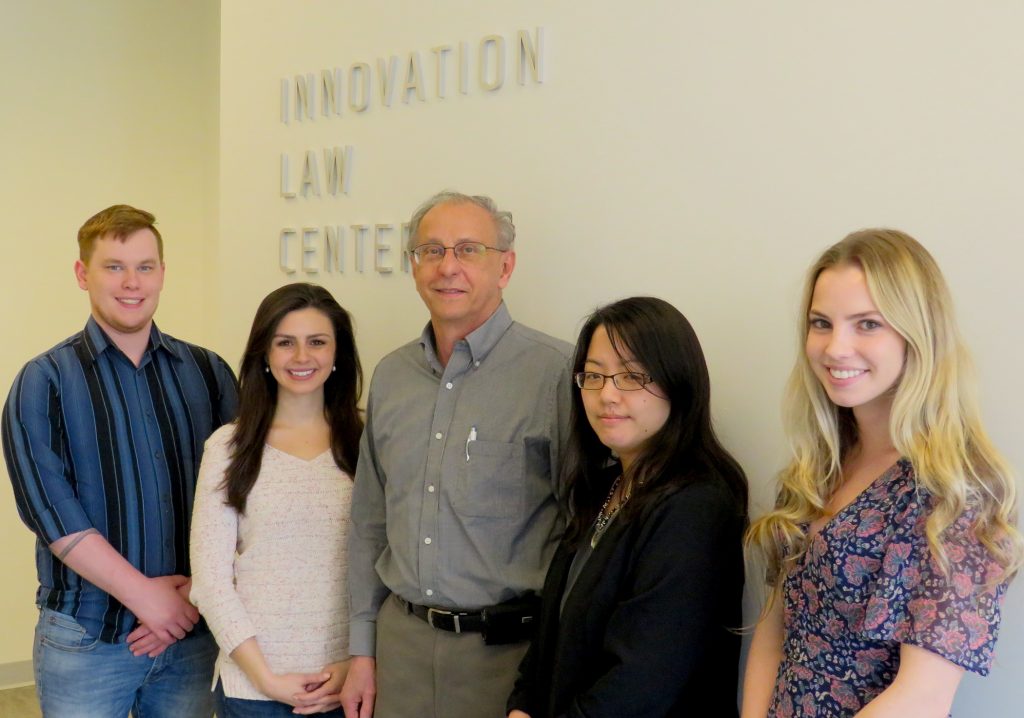 It helped to have a couple of College of Law students with biology backgrounds working on the report.

“My undergraduate degree is in biology,” explains Senior Research Associate Gabrielle Sherwood, a third-year law student. “This project was a nice refresher on what I learned in my biology classes, although describing this complex technology was a challenge.” However, adds Sherwood, another member of her team—2L Christina Brule—holds a Ph.D. in biochemistry. “Her knowledge came in very useful for the technology description and the intellectual property section.”

A Columbia University-trained engineer with an MBA from the India Institute of Management, James founded Allied Microbiota three years ago with Sambrotto, a research professor at Columbia University’s Lamont-Doherty Earth Observatory. James and Sambrotto became interested in the commercial potential of biological soil remediation products that were being developed in the lab. 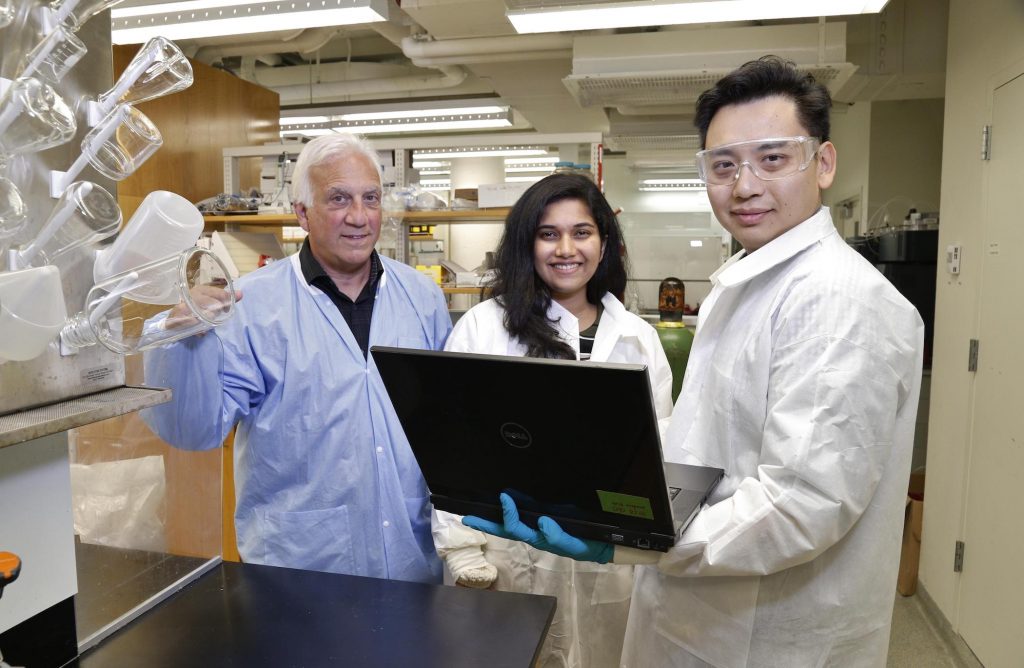 Despite some commercialization setbacks—as James says, “laboratory technologies can be difficult to scale up, and we certainly ran into our share of challenges”—yet fueled by funding and assistance from the National Science Foundation, PowerBridgeNY, SUNY Stony Brook, NYSERDA and others, Allied Microbiota is now in the large-scale testing phase for its PacBac product.

“These are pretty toxic soil contaminants that resist decomposition,” observes Sambrotto. “Current treatment methods include dredging the soil and disposing of it in a landfill or thermal destruction. These methods are expensive, use a lot of energy, and are not sustainable. PacBac is both an effective and cost-effective biological solution that uses a bacterium and enzymes. It degrades contaminants very fast.”

Supervised by Professor Danna, the student research team made observations and recommendations in three areas that will help Allied Microbiota bring PacBac to market. “We created a patent landscape and researched the chances of Allied Microbiota obtaining a patent. We also completed a freedom-to-operate analysis, to see what patents are out there and to determine if Allied Microbiota may infringe any of them,” explains Sherwood. “The regulatory section was a challenge because it’s a heavily regulated sector. We identified permits required, which are often concerned not with the remediation itself but with moving contaminated soils.”

According to Sherwood, the market analysis section of the report proved very fruitful. “We identified competitors and potential customers. The market for bioremediation is potentially huge, with companies under order to clean up sites and consumers demanding more environmentally friendly methods of removing contamination.”

“The remediation market is huge,” agrees James. According to the U.S. Environmental Protection Agency, there are more than 450,000 brownfield sites in the United States and more than 1,300 “superfund” priority list sites known to be releasing extremely hazardous substances. James says the remediation market potentially could be worth $65 billion by 2025.

Allied Microbiota is currently testing PacBac in collaboration with Clean Earth, a specialty waste management company. James says that small-scale field tests have been positive, and now the companies are working together to expand the testing with the goal of eventually decontaminating commercial grade sites: “We know the product works well, and we know how to implement it. Now we need to scale it up and offer it at a commercially viable price.”