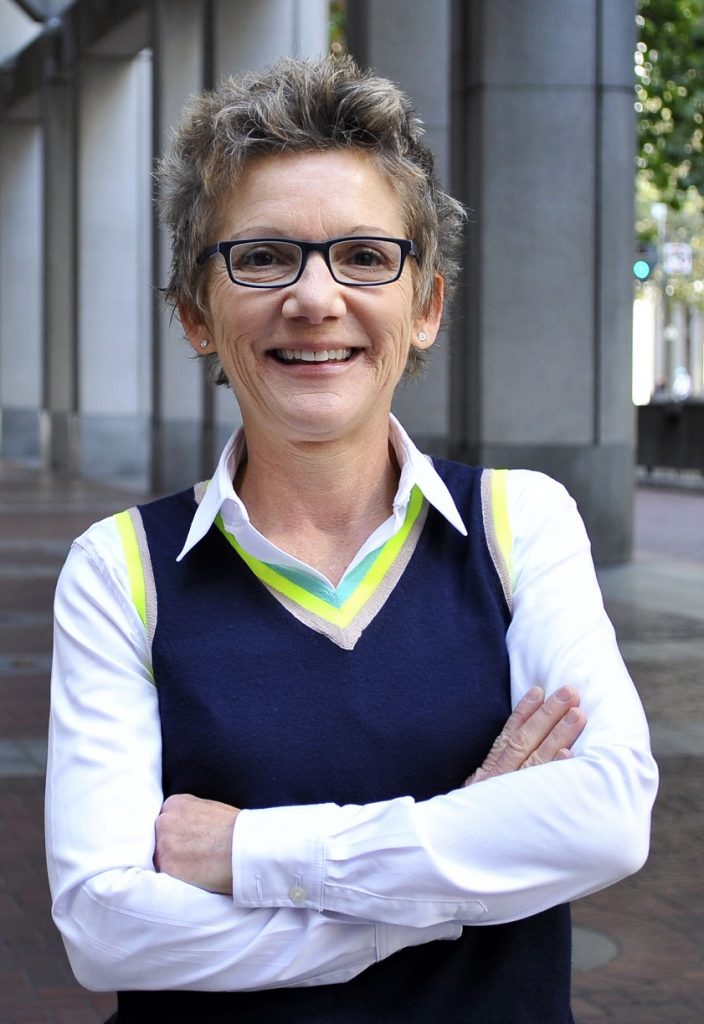 Mary C. Daly G’94, president and chief executive officer of the Federal Reserve Bank of San Francisco, will deliver the 2019 Commencement address at Syracuse University’s graduation ceremonies on Sunday, May 12, in the Dome. Daly will also be awarded an honorary degree at the Commencement exercises.

Daly took office as president and CEO on Oct. 1, 2018. She oversees the largest of the Federal Reserve’s 12 districts—by population and size of its economy. She also serves on the Federal Open Market Committee, which meets eight times a year in Washington, D.C., to discuss and decide on monetary policy in the United States. The committee’s work impacts the lives of every American and has global implications.

“Mary Daly is an outstanding leader in the field of economics and in public service,” says Chancellor Kent Syverud. “Along with her tremendous professional background, Mary has an inspired academic journey. We are pleased to welcome her back to Syracuse University and to hear her message to the Class of 2019.”

A native of Ballwin, Missouri, Daly dropped out of high school and started working at the age of 15. Through the encouragement of a mentor, she completed a GED and applied to college. She earned a bachelor’s degree at the University of Missouri-Kansas City, a master’s degree at the University of Illinois Urbana-Champaign and a Ph.D. in economics at the Maxwell School. She also completed a National Institute of Aging postdoctoral fellowship at Northwestern University.

“Syracuse has always held a special place in my heart because it helped me grow as both a researcher and a person,” says Daly. “To be able to return as a Commencement speaker and share the lessons I’ve learned over the years with the Class of 2019 is a tremendous honor.”

A strong advocate for diversity in leadership roles at the Federal Reserve and in economics, Daly is former chair of the bank’s Diversity Council and has focused on building the pipeline of women and minorities entering the economics profession. “Diversity is essential both as a value and a practice. It ensures that new ideas surface, guards against echo-chambered agreement, and allows all people to have a voice at the table,” Daly wrote in a December 2016 post on Medium, “Stop Leaving Talent on the Table: Achieving Diversity with No Excuses.”

At the bank, she helped increase the percentage of women in the bank’s research assistant program for college graduates through personal outreach to colleges and accepted applicants. In other areas of public service, Daly has served on the advisory boards of the Congressional Budget Office, the Social Security Administration, the Office of Rehabilitation Research and Training, the Institute of Medicine and the Library of Congress. She is a research fellow at the IZA Institute in Bonn, Germany, and serves on the editorial boards of the Journal of Comparative Policy Analysis and Industrial Relations.

Daly lives in the San Francisco Bay area with her wife, Shelly.

Syracuse University is a private, international research university with distinctive academics, diversely unique offerings and an undeniable spirit. Located in the geographic heart of New York state, with a global footprint and nearly 150 years of history, Syracuse University offers a quintessential college experience, as well as innovative online learning environments. The scope of Syracuse University is a testament to its strengths. At Syracuse University, we offer a choice of more than 200 majors and 100 minors offered through 13 schools and colleges and 18 online degree programs. We have more than 15,000 undergraduates and 7,500 graduate students, more than a quarter of a million alumni in 160 countries and a student population from all 50 U.S. states and 123 countries. For more information, please visit syracuse.edu.