Free Screening Offered of ‘Miracle on 42nd Street,’ About the Manhattan Plaza Project 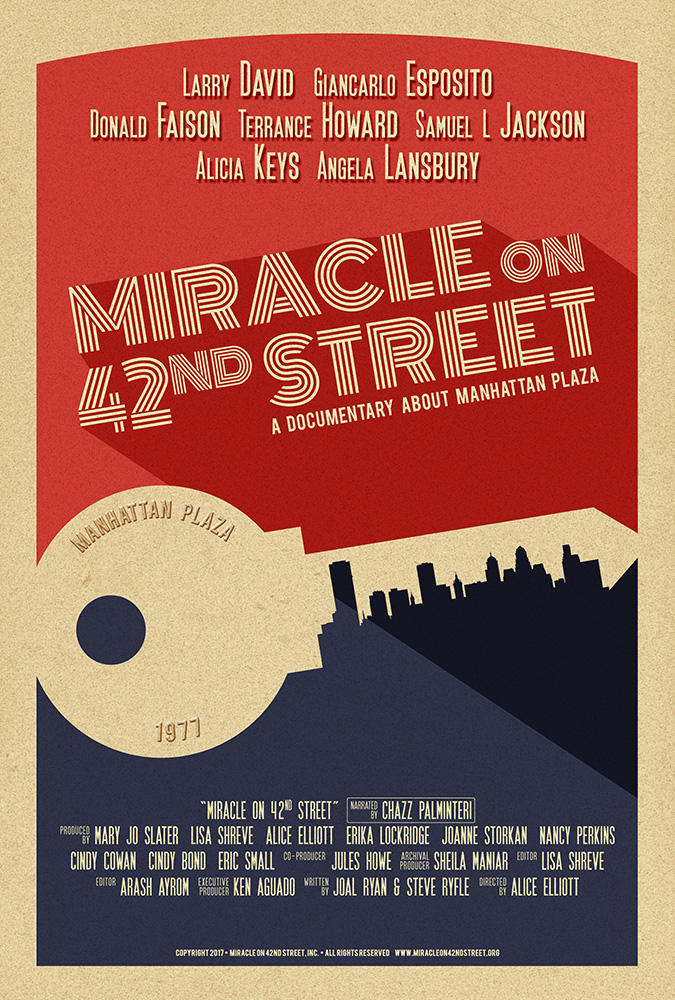 The Department of Visual Communications in the Newhouse School is hosting a free screening of the award-winning film “Miracle on 42nd Street” followed by a Q&A with producer/director/screenwriter Ken Aguado on Thursday, April 11, at 6:30 p.m. in the Joyce Hergenhan Auditorium, Newhouse 3. Aguado will also sign copies of “The Hollywood Pitching Bible: A Practical Guide to Pitching Movies and Television” (CreateSpace Publishing), which he co-authored with Douglas Eboch.

“Miracle on 42nd Street” is a one-hour documentary about the untold history and impact of the Manhattan Plaza apartment complex in New York City. Starting with the background of the blighted Hell’s Kitchen neighborhood and the building’s initial commercial failure in the mid-1970s, the story recounts how—in a moment of bold inspiration (or maybe desperation)—the buildings were “re-purposed” as subsidized housing for people who worked in the performing arts, becoming one of the first intentional, government-supported, affordable housing for artist residences.

The social experiment was a resounding success in the lives of the tenants, and it led the way in the transformation of the midtown neighborhood, the Broadway theater district and the local economy. The film makes a compelling case for the economic value of the arts and artists in America.

Aguado has been working in Hollywood for more than 25 years as a studio executive, producer, director, author and screenwriter. In addition to “Miracle on 42nd St.,” he wrote the feature film “An Interview with God,” starring David Strathairn. His other credits include Warner Bros.’ “The Salton Sea” and Showtime’s “Sexual Life.” He is also a frequent guest speaker at film schools and entertainment industry events around the world.