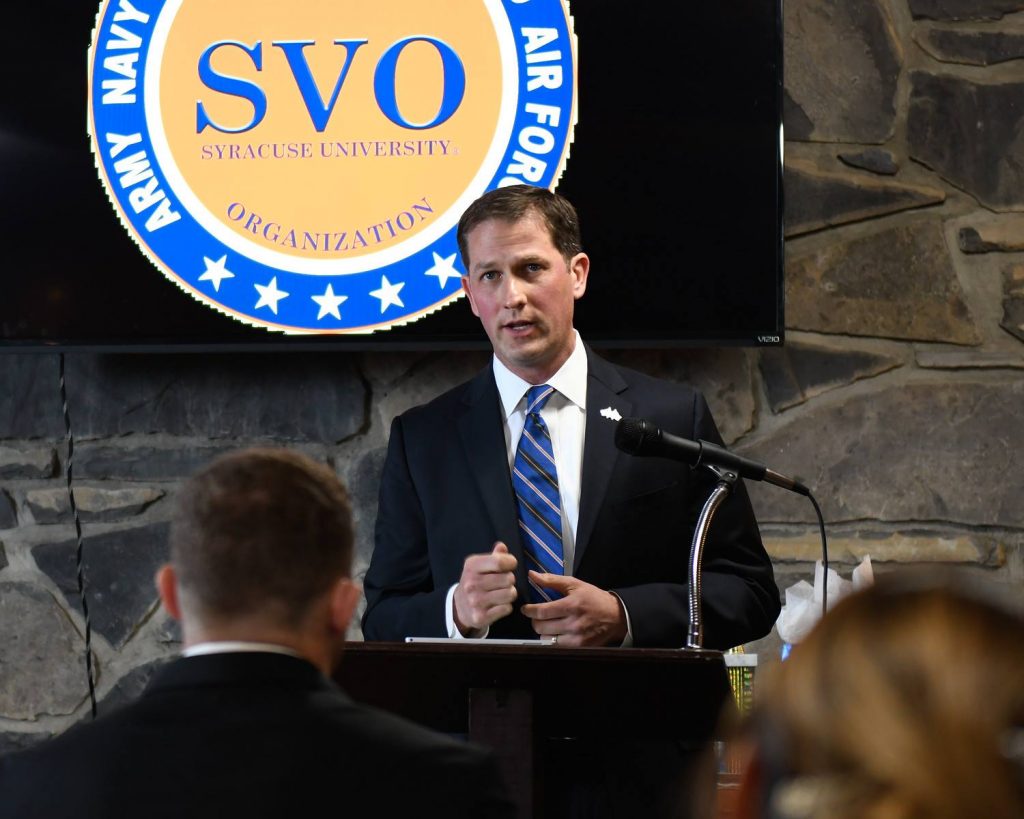 The Syracuse University Student Veterans Organization (SVO) recently held its Annual Ball and Awards Banquet at Clear Path for Veterans in Chittenango, New York. The event, which drew more than 70 student veterans and guests from the campus community, recognizes the contributions of the SVO to the University, celebrates Syracuse’s tradition of service to veterans, and honors notable student veterans for their achievements at the University.

“The SVO and Student Veterans of America (SVA) are critical to the advancement of veterans in higher education,” says SVO President Adam Legrand ’18, G’19. “The Awards Banquet is just one opportunity to recognize and empower student veterans. With the University’s dedication and support, student veterans are able to engage with alumni, other SVO chapters and the local community to advance their experiences in higher education and beyond.”

The Office of Veteran and Military Affairs (OVMA) also presented two awards. The SGT Danny Facto Student Veterans Work-Study Award was presented to Marine Corps veteran Katy Quartaro ’18, G ’19. The honor is presented to a student veteran who reflects the value and character of Danny Facto, a decorated combat veteran, Purple Heart recipient and hardworking Syracuse alumnus who passed away in 2009. To conclude the evening, the OVMA presented the Student Veteran of the Year award to Chloe Milliken ’19. The Student Veteran of the Year award is the highest honor bestowed by the OVMA.

The SVO is one of several initiatives overseen by the OVMA. The office and its efforts support the University’s long-standing commitment to be the “best place for veterans.”