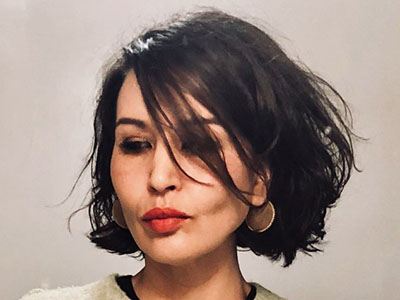 Long Solider will participate in a Q&A session from 3:45 to 4:30 p.m., followed by a reading of her original work from 5:30 to 6:30 p.m. Both events take place in Gifford Auditorium of Huntington Beard Crouse Hall and are free and open to the public.

For more information, contact Sarah Harwell G’05, associate director of the M.F.A. Program in Creative Writing in the College of Arts and Sciences (A&S), at 315.443.2174 or scharwel@syr.edu.

Long Solider is an Oglala Lakota poet, writer and artist who teaches at Diné, a tribal college in northeastern Arizona. She is renowned for her debut collection of poetry, “Whereas” (Graywolf Press, 2017), inspired by the Congressional Resolution of Apology to Native Americans, or S.J. Res. 14., from 2009-10.

“’Whereas’ confronts the coercive language of the U.S. government in its responses, treaties and apologies to Native American people and tribes. It also reflects that language in its officiousness and duplicity back on its perpetrators,” writes Long Soldier, a National Book Award finalist, who won the 2017 National Book Critics Circle Award and the 2018 PEN/Jean Stein Book Award.

The Santa Fe resident also is the author of the chapbook, “Chromosomory” (Q Avenue Press, 2010), editor of the literary journal Drunken Boat and poetry editor for Kore Press. Her poems have appeared in POETRY Magazine, The New York Times, The American Poet, The American Reader, The Kenyon Review Online and BOMB.

An accomplished artist, Long Soldier has participated in several shows, including “Whereas We Respond” and “Pté Oyate,” both of which recently debuted at the Pine Ridge Indian Reservation in South Dakota.

She earned an M.F.A. in creative writing at Bard College.

The series takes its name from the legendary poet and short-story writer who taught at Syracuse University in the 1980s.