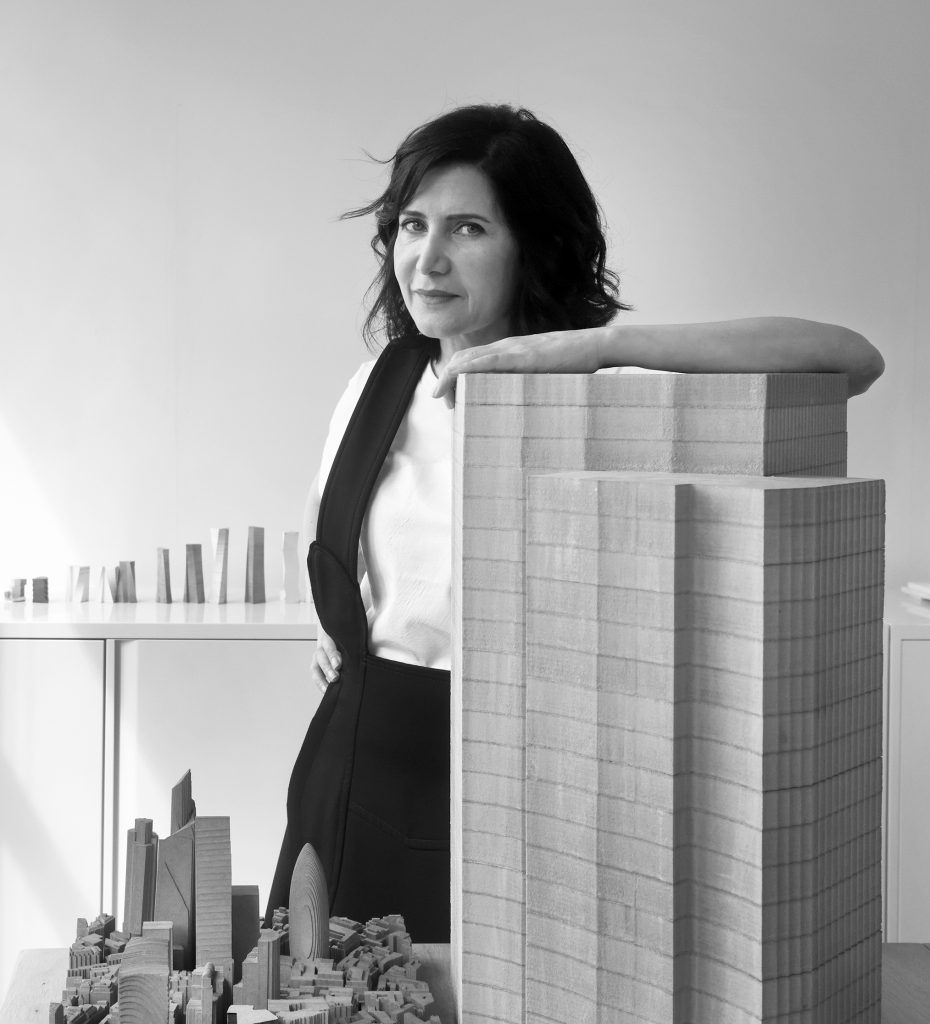 Moussavi’s approach is characterized by an openness to change and a commitment to the intellectual and cultural life of architecture. In her lecture, titled “Architecture and Micropolitics,” she’ll argue that architecturally speaking, politics is about people’s attachment to buildings—how buildings alter what people see, hear and do in and around them. This is not a question that is settled in advance through representation, but has to be evaluated in its irreducible singularity each time.

Her ideas are at the forefront of critical debate about architecture. In 2017, Moussavi curated the architecture room at the Royal Academy of Arts (RA) Summer Exhibition, where she proposed a highly original approach, showing the internal mechanisms and the construction process that underpins architecture. Her work is deeply rooted in critical research, which she carries out through FunctionLab, the research arm of FMA that critically examines the discipline of design, its tools and concepts to ensure they remain relevant within the constantly changing built environment.

At FMA, Moussavi’s portfolio includes residential complexes, retail flagships, parks and office towers, including the acclaimed Museum of Contemporary Art in Cleveland; La Folie Divine, a residential complex in Montpellier, France; a multi-tenure residential complex in the La Défense district of Paris; and flagship stores for Victoria Beckham in London and Hong Kong. In February 2018, she was selected to design the Ismaili Center Houston, which will be the seventh in a series of iconic cultural buildings commissioned worldwide, over the past four decades, by his Highness the Aga Khan and the first in the United States.

Before forming FMA, Moussavi was co-founder of the London-based Foreign Office Architects, recognized as one of the world’s most creative design firms, integrating architecture, urban design, and landscape architecture in a wide range of projects internationally.

Educated at Harvard’s Graduate School of Design, University College London and Dundee University, Moussavi has taught and served as external examiner in academic institutions worldwide. She was chair of the Master Jury of the Aga Khan Award for Architecture in 2004 and a member of its steering committee from 2005-15, a trustee of the London Architecture Foundation and the Whitechapel Gallery from 2009-18, and is currently a trustee of the Norman Foster Foundation and New Architecture Writers in London. Moussavi also serves on the academic court of The London School of Architecture.

Moussavi was elected a Royal Academician in 2015 and, subsequently, professor of architecture at the RA Schools in 2017. She was appointed Officer of the Order of the British Empire (OBE) in the 2018 Queen’s Birthday Honours for Services to Architecture.

Syracuse University Trustee and School of Architecture Advisory Board Member Steven Einhorn ’64, G’67 and his wife, Sherry Einhorn ’65 (EDU), established the Einhorn Lecture, an annual event at the school devoted to entrepreneurship in architecture, in 2014.