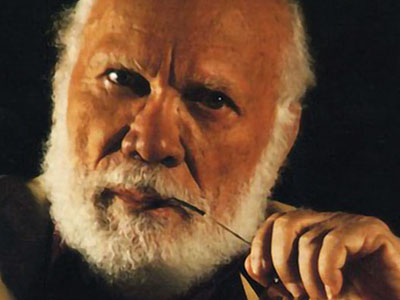 The author of more than 40 books in Haitian and French, he is a Nobel Prize candidate, a commander of the Order of Arts and Letters in France, and a UNESCO Artist for Peace.

Frankétienne will headline multiple lectures, readings and book signings, as well as a film screening and an art exhibition. All events are free and open to the public.

For more information, contact Jean Jonassaint, professor of French and Francophone studies in the Department of Languages, Literatures and Linguistics (LLL) in A&S, at 315.443.5382 or jjonassa@syr.edu.

He will focus part of his visit on “Dézafi” (1975), his first novel in Haitian Creole, inspired by living under brutal Duvalier rule in the 1950s and ’60s. Last year, The University of Virginia Press published an English translation of the novel by Asselin Charles, with an afterward by Jonassaint. 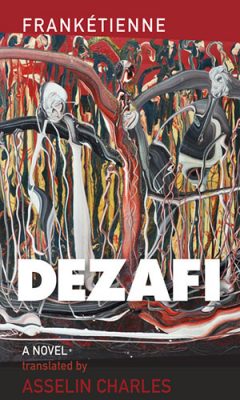 The University of Virginia Press, 2018

From March 20-26, the CFAC Art Gallery will show eight of Frankétienne paintings, and the first floor of Bird Library will display some of his books, manuscripts and other materials.