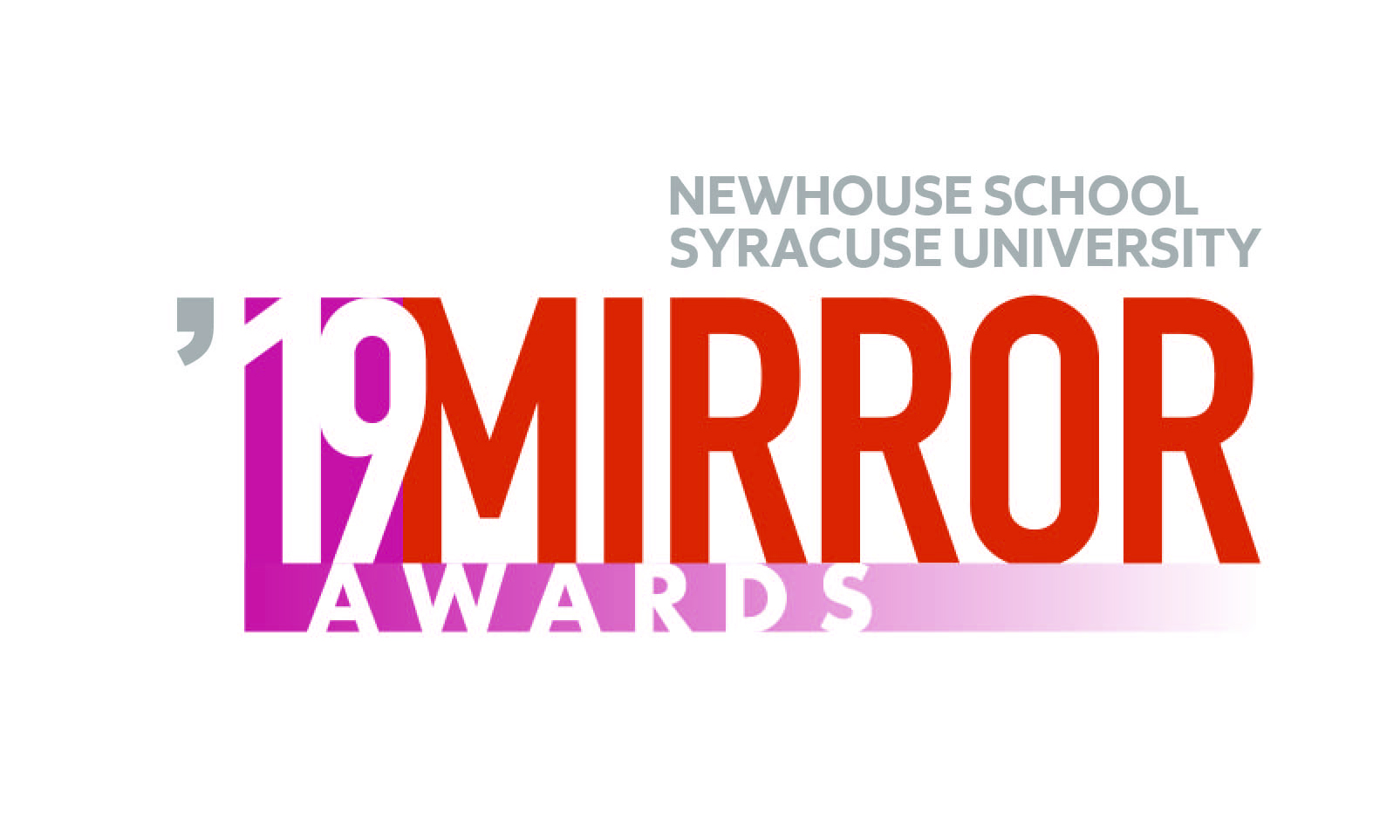 The Newhouse School has announced the finalists in the 2019 Mirror Awards competition honoring excellence in media industry reporting. Winners will be announced at an awards ceremony June 13 in New York City. Tickets and tables for the event may be purchased online. Follow on Twitter at #Mirrors19.

The finalists, selected by a group of journalists and journalism educators, are:

In addition to the juried awards, the Newhouse School will present the Fred Dressler Leadership Award and the i-3 award for impact, innovation and influence at the award ceremony, which will be held Thursday, June 13, from 11:30 a.m. to 2 p.m. at Cipriani 42nd Street, 110 E. 42nd St., New York City. Tickets and tables may be purchased online.