When Stephanie Malm was a freshman at Minnesota State University-Mankato she was balancing two jobs and a full course load. Still, she wanted more. 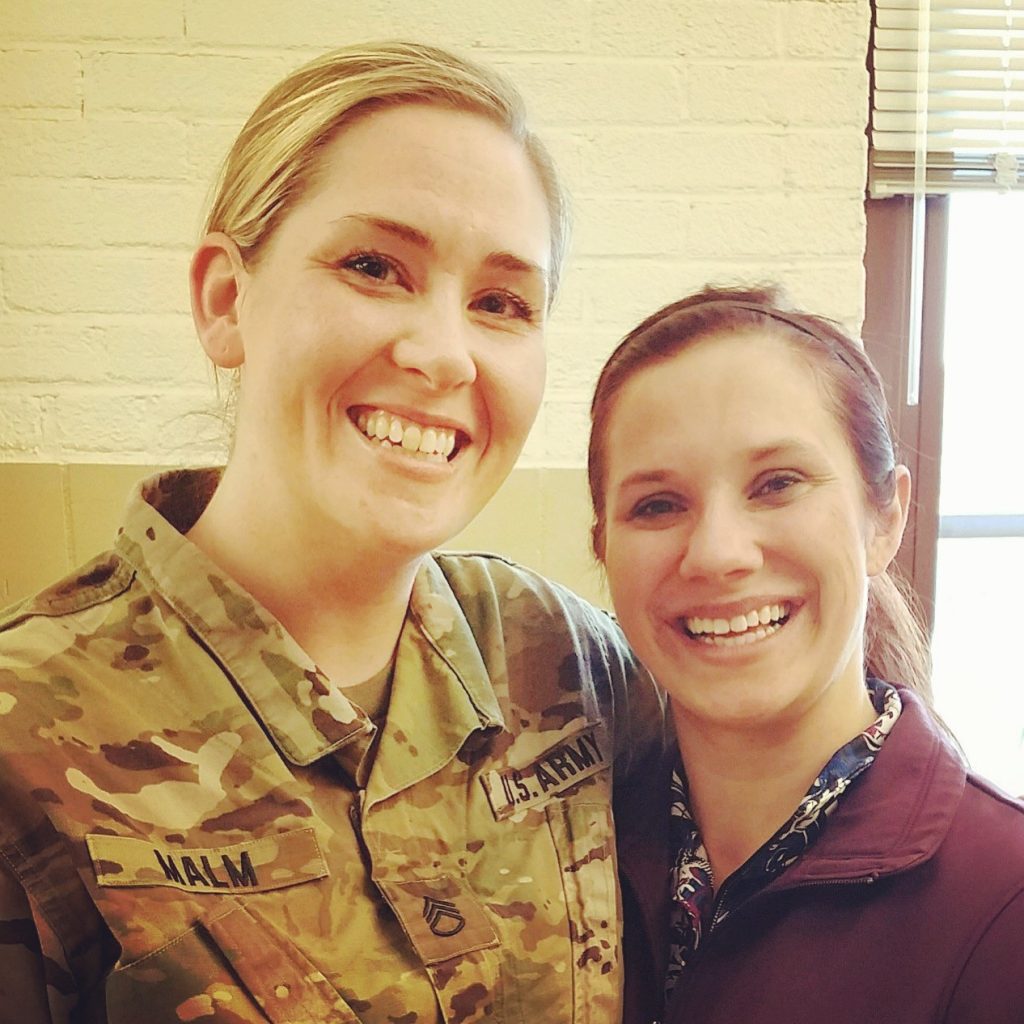 Her mother had put herself through school in similar circumstances while raising Malm and her brothers, and she wanted to find that same fulfillment, Malm says.

With a natural inclination to help her community, Malm considered several options before deciding to join the Minnesota National Guard.

Her mother was naturally worried, while her father—a U.S. Navy veteran—was apprehensive but supportive of his only daughter’s decision to enter military service.

Malm joined in 2005. By 2008, she was working to prepare new recruits for basic training. That year she deployed to Iraq and Kuwait in support of Operation Iraqi Freedom as a satellite communications specialist—an experience Malm found challenging and life changing.

“We were working with new commercial tech and I cried, because it kicked my butt. I found a big part of myself over there because of that,” Malm says.

After a year and half of service in Iraq and Kuwait, she returned and married her husband in Minnesota.

She spent nine years as an active duty member of the National Guard during which time she completed a bachelor’s in business administration from Capella University. Though eager to pursue a graduate degree, she put her educational aspirations aside for her family, deciding not to begin a master’s until her eldest child went to kindergarten.

In her search for the right master’s program, Malm found Syracuse University’s online MBA program, an option that appealed to her given the school’s reputation. As a former women’s lacrosse coach, Syracuse’s strong athletics program also piqued her interest. 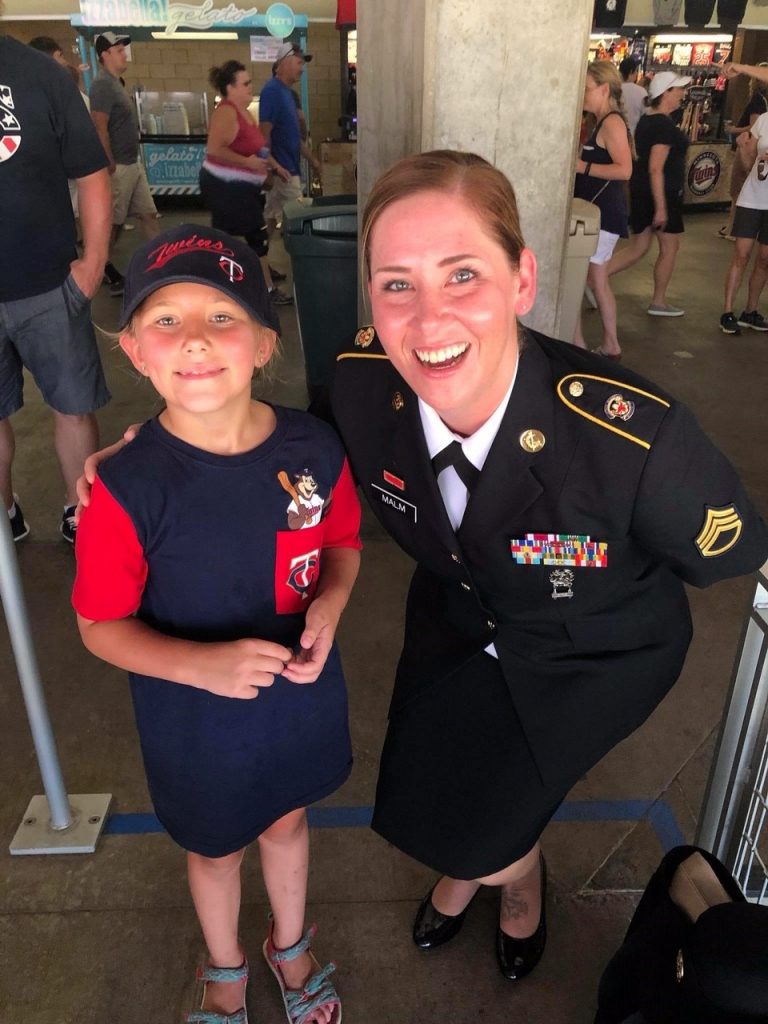 Stephanie Malm, right, with her niece, Addison, at a Minnesota Twins baseball game after singing the National Anthem. Malm, who has been singing since middle school and received vocal training in high school, was asked to sing at the game through the Minnesota Army National Guard PAO office.

As an online student, Malm was resistant to get involved with the Syracuse student veteran community. When the Student Veterans Organization (SVO) reached out however, she quickly found herself to be interested in many of the opportunities. She has since developed a family-like relationship with many other student veterans.

“I can reach out to them for anything,” says Malm. “The people at Syracuse want to help, and if you surround yourself with a network of positive people who want you to succeed, you will reach your goals.”

In January 2019, Malm attended the Student Veterans of America National Conference in Orlando with other Syracuse veteran students.

“At Natcon, I used my voice not just as a mom, a wife, a student or a coach, but as a female veteran and it was empowering to do so,” says Malm.

Malm expects to graduate in 2020 and plans to pursue a career in business consulting.