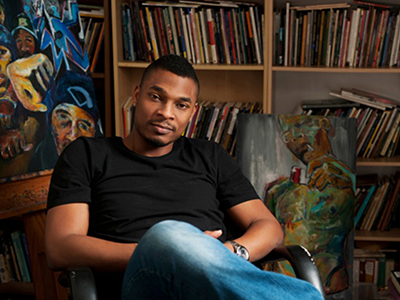 Hayes will participate in a Q&A session from 3:45 to 4:30 p.m., followed by a reading of his original work from 5:30-6:30 p.m. Both events will take place in Gifford Auditorium of Huntington Beard Crouse Hall and are free and open to the public.

For more information, contact Sarah Harwell G’05, associate director of the M.F.A. Program in Creative Writing in the College of Arts and Sciences (A&S), at 315.443.2174 or scharwel@syr.edu.

Hayes is author of “American Sonnets for My Past and Future Assassin” (Penguin Random House, 2018), a finalist for both the National Book Award and National Book Critics Circle Award in Poetry. The collection also was one of The New York Times Critics’ Top Books of 2018.

Last fall, Hayes released “To Float in the Space Between: A Life and Work in Conversation with the Life and Work of Etheridge Knight” (Wave Books), a 2018 National Book Critics Circle Award finalist for Criticism. 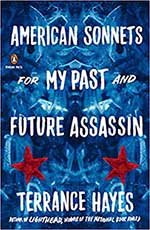 The 2014 MacArthur Fellow has published five other award-winning collections, including “Lighthead” (Penguin, 2010), winner of the National Book Award.

Chancellor of the Academy of American Poets, Hayes is a member of the core graduate faculty of New York University’s Creative Writing Program. He has served as poetry editor for The New York Times Magazine and guest editor of The Best American Poetry, in which his work frequently appears.

Says poet Cornelius Eady, regarding Hayes’ verse: “First you’ll marvel at his skill, his near-perfect pitch, his disarming humor, his brilliant turns of phrase. Then you’ll notice the grace, the tenderness, the unblinking truth-telling just beneath his lines, the open and generous way he takes in our world.”

The series’ namesake refers to the legendary poet and short story writer who taught at Syracuse University in the 1980s.