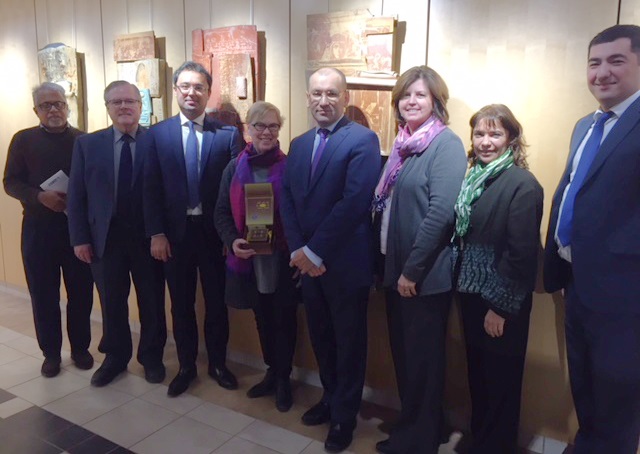 iSchool leadership and officials from the Uzbekistan embassy met in Hinds Hall to discuss collaboration opportunities.

Uzbekistan Ambassador to the United States Javlon Vahobov and senior officers from the Uzbekistan Embassy met Monday with Syracuse University officials to discuss educational partnerships between their country and the Maxwell School and the School of Information Studies (iSchool). The visit included meetings with leadership of both schools, a tour of campus and meetings with students.

A partnership with Uzbekistan supports Maxwell’s vision to strengthen its programs in Central Asia and the Middle East. It also follows President Shavkoat Mirziyoyev’s recent commitment to public administration reforms and capacity building efforts in Uzbekistan.

“Maxwell’s history and commitment to strengthening governance by working with governments and ministries around the world is a critical dimension to the school’s mission,” says David M. Van Slyke, dean of the Maxwell School. “President Mirziyoyev’s commitment to developing public service leaders and his priorities for public administration reform are aligned with the research, teaching and executive education strengths of the Maxwell School. We are excited to work together to transform governance in Uzbekistan.” 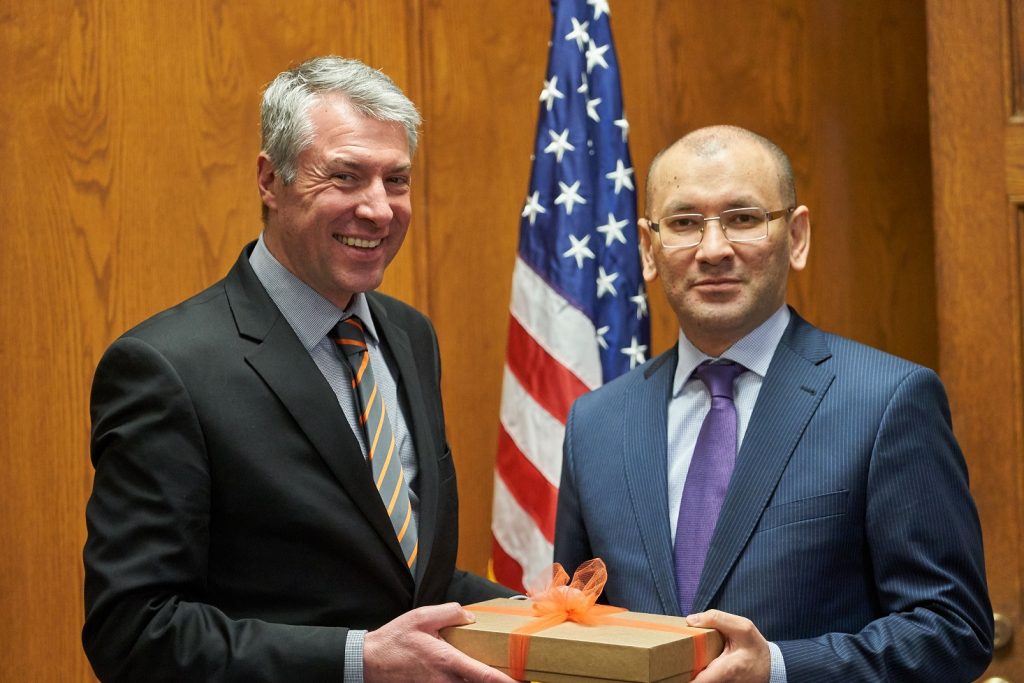 “Uzbekistan is undergoing perhaps the most dramatic change in the region at this moment,” says Robert Murrett, professor of practice of public administration and international affairs at the Maxwell School. “The country is at a key inflection point since the departure of President Karimov in 2016.”

The Uzbekistan initiative represents the second Central Asian partnership for the Maxwell School’s office of Executive Education. In spring 2018 Maxwell signed a memorandum of understanding with the Academy of Public Administration (APA) under the president of the Republic of Kazakhstan to develop Executive Education programs to secure students, external scholarships and develop research connections.

At the iSchool, discussions centered around the recent signing of a memorandum of understanding (MoU) between the school and Uzbekistan’s Tashkent University for Information Technology. The MoU paves the way for the exploration of an agreement between the two institutions to allow Tashkent students to take courses at Syracuse University and transfer credit to their home school.

“It was a pleasure to meet with Ambassador Vahobov and explore the ways that we could work with higher education institutions in Uzbekistan,” says Susan Corieri, assistant dean for enrollment management and special academic program initiatives at the iSchool. “The new strategic initiatives underway in Uzbekistan are incredibly admirable and impressive. The emerging economy and large youth population offer great potential for technological development through advancements in higher education.”

“We are confident that establishing a longstanding partnership with Syracuse University and having its presence in Uzbekistan will be a tremendous asset in nurturing future leaders and top professionals not only in Uzbekistan, but in the entire region,” says Ambassador Vahobov.

Representatives from Maxwell and the iSchool will visit Tashkent for further discussions in March.